With an estimated 36.7 million individuals living with HIV / AIDS and literature reporting that these conditions contribute to hearing loss, it is surprising that more focus and resources are not employed to tackle this major hearing health concern. Yolandé van der Westhuizen discusses how common hearing loss is in HIV / AIDS and what causes it.

Acquired immunodeficiency syndrome (AIDS) resulting from the human immunodeficiency virus (HIV) is a devastating pandemic, affecting the lives of millions of individuals across the world. Since the initial report of AIDS in 1981, more than 35 million people have died from it, while an estimated 36.7 million (and growing) continue to live with HIV / AIDS as a chronic condition.

“36.7 million (and growing) people live with HIV / AIDS as a chronic condition.”

Head and neck manifestations, including auditory and otological symptoms, occur commonly in HIV / AIDS infected individuals. Reported symptoms include otalgia, vertigo, tinnitus, pruritus of the ear canal, otorrhea and hearing loss. Various mechanisms of auditory dysfunction in HIV / AIDS have been proposed. These include the following:

Several post-mortem studies indicate central nervous system (CNS) involvement in up to 90% of individuals who have HIV / AIDS. Children are often more susceptible to CNS involvement due to immature immune systems. Frequent occurrence of abnormal auditory brainstem response (ABR) findings suggests compromised neural integrity and may, in addition to hearing loss, also result in early auditory processing disorders. The exact mechanism of CNS destruction is, however, not clear at this stage, although some studies link cortical demyelination as a potential cause thereof.

Various antiretroviral (ARV) therapies have proven to cause ototoxic hearing loss, possibly due to damage to the mitochondrial DNA. A higher prevalence of ototoxic-induced hearing loss with the use of nucleoside reverse transcriptase inhibitors (NRTI’s) has been reported, whilst possible drug interactions should also be considered.

Due to the immune-compromised condition of the patient, recurrent and multiple opportunistic infections are common, which often results in treatment with medication with known ototoxic effects. This puts the HIV-infected individual at a significantly increased risk for ototoxic- induced hearing loss. Tuberculosis, for instance, is a very common opportunistic infection and requires - particularly for the multidrug resistant strains - high dosages of antibiotics, such as streptomycin, which is potentially devastating to hearing abilities.

“Numerous studies from as early as 1985 have reported auditory and otological manifestations related to HIV / AIDS.”

Numerous studies from as early as 1985 have reported auditory and otological manifestations related to HIV / AIDS. Cross-sectional adult studies have reported hearing loss prevalence of respectively 23%, 29%, 28.3%, 33.5%, 39% and 49%. A larger percentage of hearing loss was evident in more advanced stages of immune suppression with abnormal otoneurological findings and central-versus-peripheral damage increasing with disease progression. Despite a certain amount of variability across studies in regards to criterion used for defining hearing loss (sample size as well as distribution of subjects according to immunological status) there is a general trend of increasing hearing loss across the frequency range, especially of a sensorineural nature, with disease progression.

Although these statistics show some variation in the incidence of hearing loss in the HIV / AIDS population, it seems conclusive that a higher incidence of hearing loss occurs in the HIV / AIDS patient. Advances in HAART have proven to be highly effective in preserving and reinstating the immune system in the presence of the disease; as a result, HIV is becoming a chronic, as opposed to acute, condition with significantly longer life expectancy. By the end of 2015 approximately 17 million HIV positive individuals were using antiretroviral therapies. This means that non-life threatening aspects of the disease affecting quality of life, such as those relating to hearing and balance, are becoming increasingly important. Hearing loss often causes poor communication, social isolation, withdrawal, depression, dementia, frustration, decreased functional status, and maladaptive behaviour.

This highlights the need for early detection of auditory and otological symptoms and suggests that audiological monitoring should be a part of routine medical care in HIV / AIDS patients. In turn, this has major implications, especially for developing countries with a very high HIV / AIDS prevalence and limited resources. 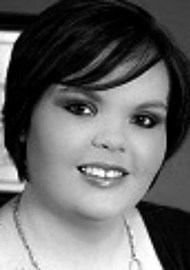