In space no-one can hear you scream…or can they?
By Martin Archer

Plasma, eardrums the size of planets and questioning the wisdom of your school physics teacher! Martin Archer explains the fascinating world of sound and space.

Is there sound in space? If you believed the marketing of the movie Alien, or perhaps even your physics teacher at school, you might think that the answer is definitively no. The common explanation for this is that space is a vacuum and so there’s no medium for sound to travel through… except the problem is that space is never completely empty!

Nature abhors a vacuum and the seemingly empty space in our solar system between the planets is filled with particles that have blown off of the sun, called the solar wind (Figure 1). Now it is true that there are a lot fewer particles in space than in air. Here on the ground, each cubic centimetre of air (about the size of a sugar cube) contains around 25,000,000,000,000,000,000 molecules. In contrast, in the solar wind, on average you’ll find just five protons in the same volume – almost completely empty in comparison, but not quite. 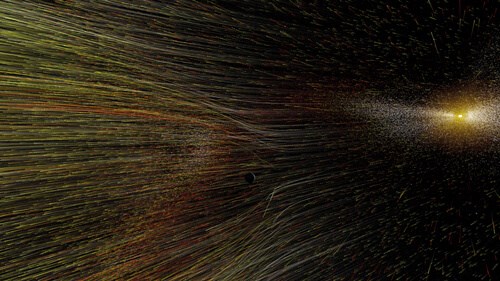 Notice how I say protons, because space (like 99.9% of the entire visible universe) isn’t filled with gas but with plasma: a different state of matter made of freely flowing charged particles (Figure 2). These charged particles mean that plasma can have some different properties, for instance they can generate and be affected by electric and magnetic fields, which can give some extra features to sounds in space. 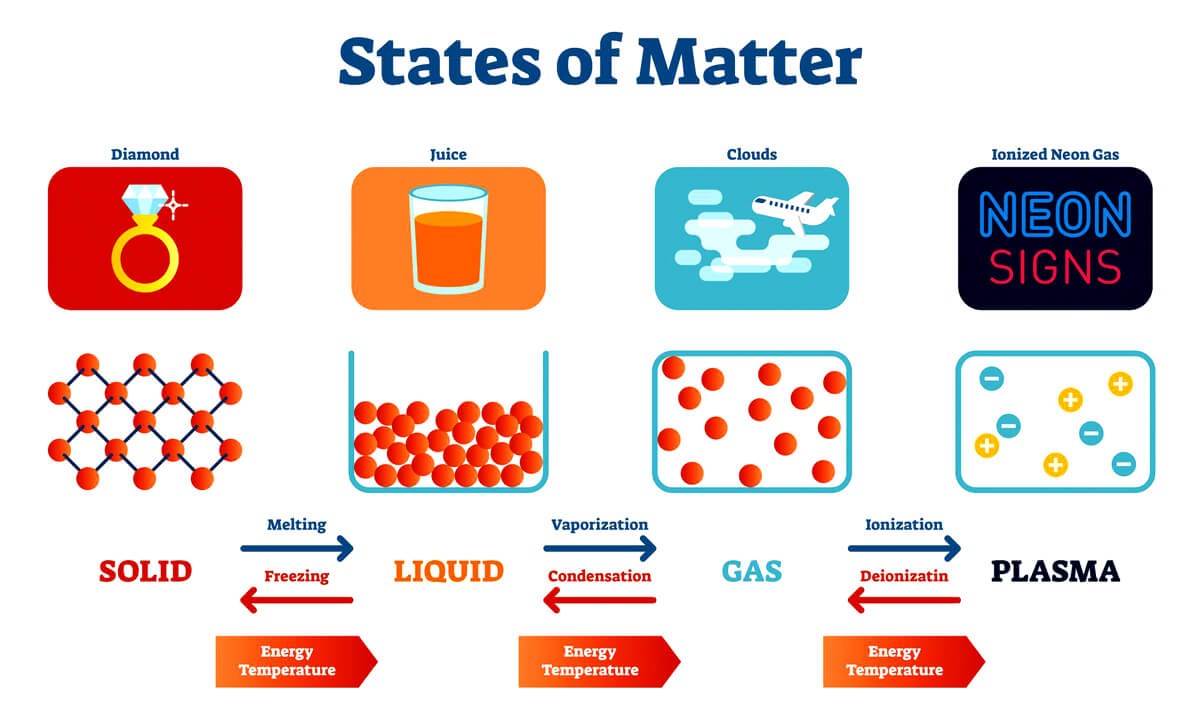 Fundamentally sound waves are oscillations in pressure which travel through the medium that they’re in. In the case of gases, which we’re most familiar with, this leads to a series of compressions, where molecules are closer together, and rarefactions, where they are further apart, caused by the molecules themselves moving backwards and forwards and effectively pushing on each other through the overall pressure changes.

It seems we’re fairly comfortable calling seismic waves in the ground (or really any solid) sound waves. Technically it’s only the primary (or P) waves that are similar to sound in a gas, with the quirk that the compressions and rarefactions are transmitted through the atomic bonds that make up the solid and depend heavily on the properties of the material. In contrast, sound waves in space plasmas are actually far more like regular sound than these P waves - they too are simply pressure waves, the only difference being magnetic fields in plasma exhibit their own pressure too hence we call them magnetosonic waves (Figure 3). 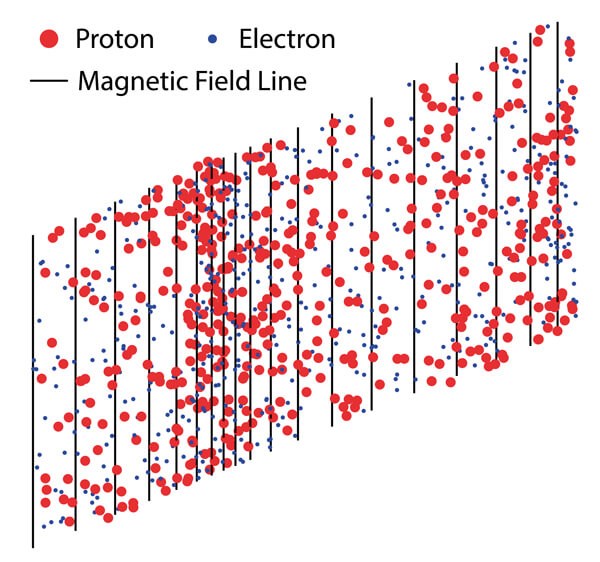 Also, like seismic waves, which have secondary (or S) waves which are based on shear stresses, in space you can get a sister type known as Alfvén waves which can be thought of as waves on a string that, in this case, is the magnetic field. It turns out there are a tonne of other types of waves possible in plasmas too, which have been popularised by the likes of NASA, but these are more driven by the electric fields present so are much less like sound waves than magnetosonic and Alfvén waves. Just because sound can exist in space doesn’t mean you’d be able to hear it if you exposed your ear to the vacuum.

The pressure change from one atmosphere to that in space is well above the limit that your eardrum can handle, meaning it would burst. Even if it didn’t burst, the pressure variations of these sounds are far too weak to be able to move your eardrum – we’re talking billionths of a Pascal or equivalently minus 100dB sound pressure level; so quiet you’d need an eardrum at least the size of the planet. Not only that, we’d face another issue in that even if the sounds could move our eardrums, we still wouldn’t be able to perceive them. The human auditory range is roughly 20 to 20,000 Hertz, whereas these sounds are in what’s known as the ultra-low frequency (ULF) range some 20 thousand times lower in pitch at the order of milliHertz.

The reason for this is because space is so empty – you essentially need much larger waves to have a similar number of particles within that size as you do in air and this drives the frequency of the sounds right down. However, there is a way to hear these sounds. Our satellite missions that monitor Earth’s space environment are equipped with very sensitive instruments that are able to measure the motion of these particles or, equivalently, their effect on the magnetic field in space.

By amplifying these satellite recordings and dramatically speeding up their playback, we can transform these waves so they fall within the audible range so that we can listen to them. Actually, listening to these waves has also been helping us in some surprising ways. In terms of space science, a group of school students we worked with picked out a series of ‘whistling’ sounds with decreasing pitch in the data that we weren’t expecting, which turned out to be part of the process Earth’s magnetic shield uses to recover from solar storms (Figure 4) [1]. 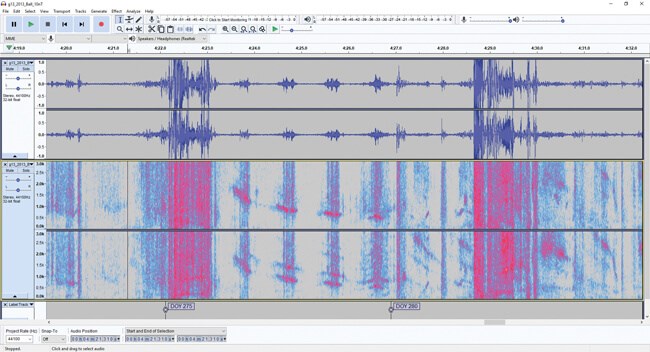 We’ve also worked with a bunch of independent filmmakers who have used these sounds in creative short films which we’ve been touring at festivals around the world (http://ssfx.qmul.ac.uk). 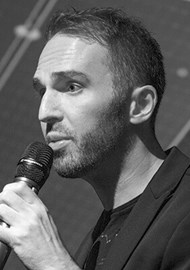 School of Physics and Astronomy Faculty of Science and Engineering, Queen Mary University of London, UK.