Patients often report symptoms relating to disorders of the middle ear muscles. Prof Bance gives us an overview of the anatomy and function, as well as guides our diagnosis and management.

The middle ear muscles (MEMs) are a mystery, both in their physiological function in man, and particularly in their pathophysiological contributions to symptoms when they malfunction. While the stapedius contracts in response to sound (e.g. audiometric stapedial reflexes), it responds rather slowly for impulse noise, and has been also shown to respond to vocalisation [1].

The stapedius muscle is supplied by the facial nerve. The tensor tympani (TT) is supplied by the Vth nerve, as part of a system which also innervates the tensor veli palatini (TVP) and palatal muscles that open the eustachian tube. Indeed, the TT is physically connected to the TVP muscle, and it can be difficult to separate if the originating pathology is in the TVP or the TT. The TT does not seem to respond to sound in man, but has been reported to respond to face stroking, puffs of air against the eyes, electrical stimulation of the tongue and swallowing (reviewed by Bance et al [2]), it can also be voluntarily contracted by some people [3].

There are two types of symptom complexes that can arise from middle ear muscle dysfunction; those from dynamic middle ear dysfunction (i.e. repeated contractions, resulting in clicks or other sounds) and tonic contraction, resulting in fixed change in the length of the muscle and a sustained pull on the structures it attaches to.

Dynamic contractions presenting as clicks, crackles or noises in the ear

These have to be differentiated from pulsatile tinnitus, which is relatively easily done by asking the patient to beat out the noise rhythm with their finger while taking the patient’s pulse. Other rarer causes of noises in the ear are foreign bodies, such as hair on the eardrum, or even insects moving in the ear canal, assessed by otoscopy.

Crackles/noises/clicks can arise from many areas of the body. One area is the Eustachian tube, and it is not uncommon for patients to have crackling with swallowing. This may be normal, or arise because of enlarged adenoids abutting the nasopharyngeal opening and hitting the ET cushions, or from the mucous membranes/mucous film of the ET coming apart and back together during the swallowing-induced opening of the ET. These kinds of sounds can be very bothersome to some patients, and may respond to grommets, which can be tested with a myringotomy. At other times, there may be rhythmic clicking sounds arising from the contractions of the palatine muscles that open and close the ET, from pathologies such as palatal myclonus or tremor.

This is associated with semi-rhythmic movements from the palate, and should be investigated with brain MRI as some are caused by lesions in the dento-rubro-olivary tract, although most are idiopathic. These can be sometimes helped with botox injections. Other causes of clicking are from the TMJ joint, with opening and closing of the mouth, arising from degeneration of the articular disc, or arthritis of the joint.

Of true contractions of the MEMs, some are caused by synkinetic contractions of the stapedius muscle following a facial nerve paralysis. In this syndrome, partial degeneration of the facial nerve results in aberrant regrowth of nerve fibres, with some fibres that would have gone to the facial muscles regrowing to the stapedius, causing stapedial contractions either heard as clicks or as hearing distortion with blinking or facial movements [4]. This can also occur with hemifacial spasm. In addition, forced eye closure can cause TT contraction and sounds in the ear [5]. Many subjects can also voluntarily contract their middle muscles, particularly the TT by pharyngeal muscle contractions, although they may not realise this is what they are doing [3].

More commonly, people have idiopathic contractions of the middle ear muscles. These can be of several types, but the most common is a paroxysmal ‘fluttering’ sound in the ear, like a butterfly flapping its wings. There is no concrete evidence for this, but this is often thought to be from the stapedius muscle. Other types are more irregular clicks and sounds. If fiberoptic nasopharyngoscopy is performed simultaneously, there is often co-contraction of the pharyngeal muscles and, if seen, is more likely to indicate TT contraction. It is not uncommon though for both MEM to co-contract, the author has seen this with endoscopy, even though they are supplied by different nerves.

In all these types of clicks and crackles, stethoscope tubing should be placed in the ear canal, and the sounds listened for, while the patient taps out the sound they hear to see if they are synchronous to the objective sounds. The patient’s palate can be also be palpated, while the sounds are tapped out, to see if there is co-contraction. Attempts to elicit MEM contractions can be made by stroking the face, forced eye closure, or blowing on closed eyelids.

The main tools are auscultation and long-time base tympanometry, i.e. measuring the acoustic immittance for many seconds, often using the reflex decay settings in tympanometers with the sound set to contralateral and very low levels, and the contralateral insert phone not placed. With this setting, changes in the real-time immittance can be seen. It must be emphasised that vocalisation can easily contaminate these findings, and the audiologists must ask the patient to quietly raise a finger when the sound is heard, and look for simultaneous changes in the tracings. In the fluttering type of myoclonus, sadly the act of putting an earplug in often abolishes it (in fact this can be used as a therapy). 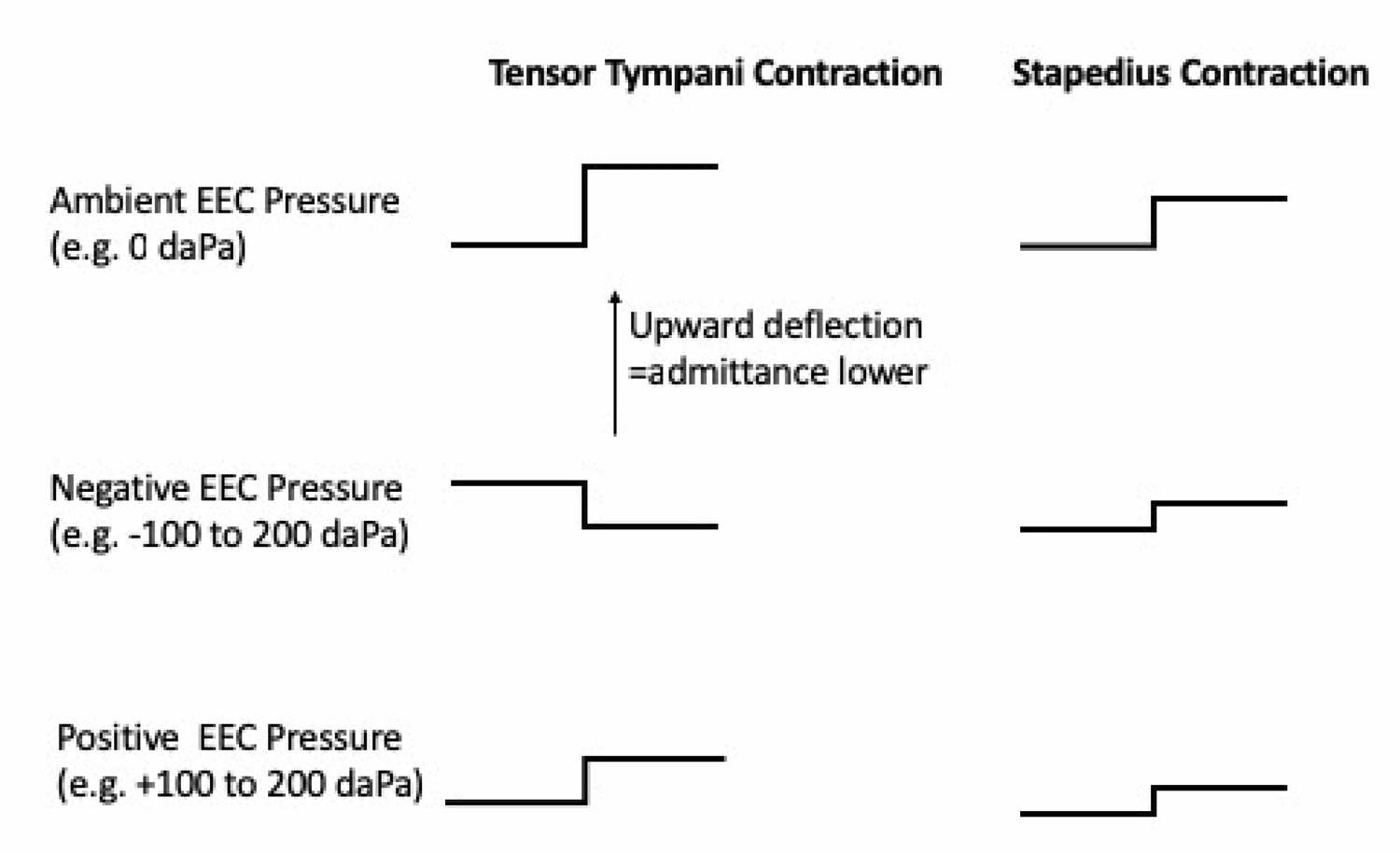 Figure 1. Patterns expected during long time base tympanometry
during dynamic contraction of the MEM (after Aron et al [3]).

Tonic contractions of the MEM

Whether these tonic contractions exist at all is controversial. Whereas dynamic contractions can be measured as change from baseline, tonic contractions have to be inferred, as there is no change to measure. The range of middle ear measured tympanometric compliances in normal subjects is large, and is dominated by the tympanic membrane rather than the middle ear muscles. Hence it is difficult to say if compliances seen in any one person are due to hypercontracted MEMs or just part of the normal range. ‘Tensor Tympani Syndrome’ was coined in the 1970s by Klockhoff [6], to describe fluctuations in middle ear impedance, associated with aural fullness, dysacusis, tinnitus, headaches and vertigo.

These are non-specific symptoms, and may be associated with many conditions, such as Meniere’s disease, myofascial TMJ syndromes, and migraine associated vertigo. Since then, the TT has been blamed for everything from pressure in the ear, tinnitus, distorted sound, and the acute attacks of Meniere ’s disease [2]. We have also shown that voluntary TT contraction can cause a small low frequency conductive hearing loss, with a small drop in the bone conduction curve as well, probably from the tinnitus heard during contraction [7]. Without any objective means of determining TT tonic contraction, this becomes somewhat of a ‘faith-based’ diagnosis, although it is possible that one ear might show signs of hypercontraction when compared to the other side, if the tympanic membrane is absolutely without any dimeric segments or tympanosclerotic or other segments to explain this. There are no syndromes ascribed to tonic contraction of the stapedius muscle and, in fact, the stapedius does not stay contracted for very long, even in response to intense sounds. 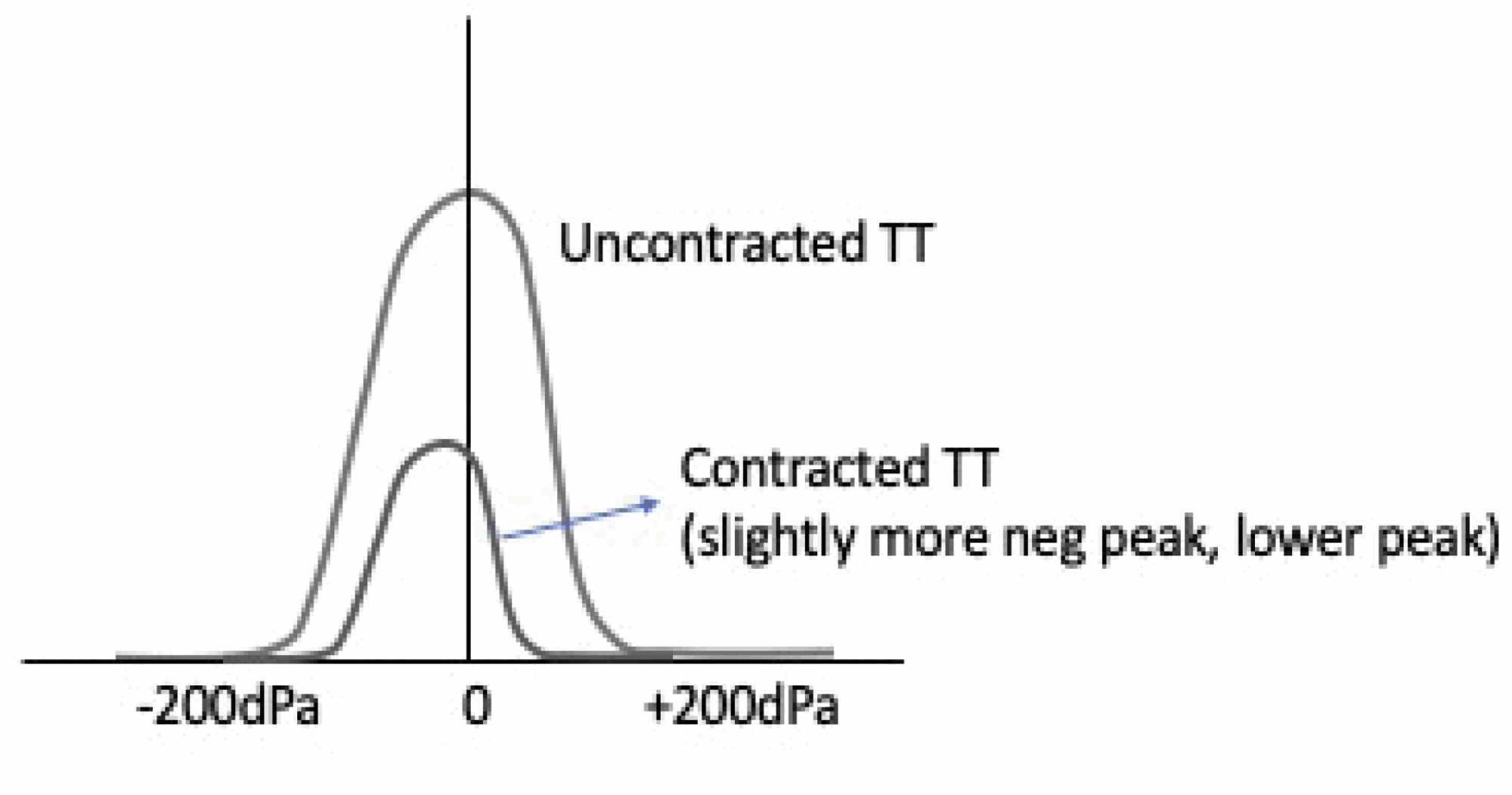 From temporal bone studies and studies in humans who can voluntarily contract their TT, we have found that TT contraction would result in a markedly lowered static compliance, and a slight shifting of the tympanotric curve towards a negative pressure peak [2] (see Figure 2). If symptoms are unilateral, and the ear in question has these findings, it might be reasonable to suspect tonic TT contraction in this ear.

MEM disorders can be very difficult to diagnose. Symptoms overlap with a myriad of other causes of similar symptoms. Even when it is clear a MEM disorder is present, it can be very difficult to ascribe symptoms to one or other of the muscles, and they can also co-contract. We describe audiometric and clinical findings based on the author’s experience and research in this area, but particularly in the case of tonic contractions of the TT, this remains a mystery. It is also possible that some disorders, such as acute attacks of Meniere’s disease, are caused by intermittent short-lived contractions of the TT, but that these are not usually recorded as findings are normal between attacks. 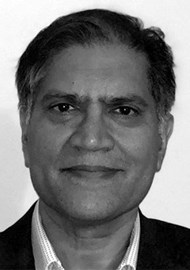