Neuroimaging WG3. Neuroimaging as a window on the heterogeneity of tinnitus
By Pim van Dijk and Sven Vanneste

Pim van Dijk and Sven Vanneste describe the hope that brain imaging techniques used for research will provide a better understanding of the heterogeneity of tinnitus through large-scale analysis. Their project will create a procedure whereby researchers can submit their brain imaging data to an international database.

Neuroimaging WG3 is working towards determining the physiological mechanisms involved in tinnitus in humans. Magnetic resonance imaging (MRI) and electro-encephalography (EEG) are the main tools applied by the workgroup. WG3 aims to define standards for MRI and EEG, in order to foster collaboration between research groups to generate a large neuroimaging database. This database will be used in the search for tinnitus subtypes.

“The TINNET consortium has recognised the need to perform neuroimaging in a large number of patients across several neuroimaging research centres.”

Neuroimaging methods allow for the assessment of brain function and anatomy. The imaging methods that are currently considered by WG3 are MRI and EEG. MRI relies on differences in the magnetic properties of brain tissues. An MRI scanner can record these differences to construct an image of the brain or any other part of the body. Interestingly, brain activity also causes a small change in magnetic properties of brain tissue due to locally increased flow of oxygenated blood. These changes can be identified by an MRI scanner. Thus, MRI can localise brain activity with a precision of 1-2mm. EEG is an imaging method that involves connecting a large number of electrodes (e.g. 64 or 128) to the skull. These electrodes measure electrical activity of neurons in the brain. This electrical activity may be the response to external stimuli, but also consists of spontaneous brain oscillations that may be related to e.g. tinnitus. In contrast to MRI, EEG has excellent timing precision (~ 1 ms) which is relevant in many auditory studies. Unlike MRI, it cannot be used for anatomical studies of the brain. However, EEG can identify the location of foci of activity, with a precision of about 2cm. MRI and EEG thus provide complementary information on brain anatomy and function that, when combined, are expected to provide a comprehensive view of brain mechanisms in tinnitus.

“WG3 is working on standards for EEG and MRI in tinnitus studies to allow a pan-European imaging study.”

Brain imaging methods are inherently complex, as a result of the complicated equipment involved and the advanced mathematical techniques that are used to produce meaningful results. Both methods involve the inclusion of large numbers of subjects. Typically, a single research question on tinnitus involves about 20 tinnitus subjects that would be compared to about 20 control subjects [2]. The ambition of TINNET is not to answer a single research question, but to reach the much more comprehensive aim of understanding the heterogeneity of tinnitus and identifying the several subgroups of tinnitus. The TINNET consortium has recognised the need to perform neuroimaging in a large number of patients across several neuroimaging research centres. To enable a collaborative research project of this kind, the WG3 is working on standards for EEG and MRI in tinnitus studies. These standards will allow for a pan-European neuroimaging study of tinnitus. WG3 is working closely together with the database WG2, in order to prepare the TINNET database for the inclusion of a large neuroimaging dataset.

A large-scale neuroimaging study is expected to provide a rich dataset that allows for better understanding of the heterogeneity of tinnitus. Obviously, neuroimaging results will need to be performed along with detailed clinical assessment of tinnitus patients. We aim to provide a description of tinnitus subtypes that can guide us to individualised treatments of these subtypes.

Pim van Dijk gained his PhD in Physics from the University of Groningen. He was trained as a medical physicist-audiologist in Groningen, Hoensbroek and Maastricht. His research interests include neuroscience of tinnitus and auditory biophysics. He serves on the scientific advisory board of the American Tinnitus Association and is Section Editor for Hearing Research. He represents the Netherlands on the TINNET Management Committee and is chair of WG3.

Sven Vanneste obtained his PhD in Neuroscience from the University of Antwerp, Belgium. He subsequently moved to the USA where he is now running the Laboratory for Clinical and Integrative Neuroscience at the University of Texas at Dallas. Sven’s research focuses on understanding the neural mechanisms underlying tinnitus and developing novel invasive and non-invasive neuromodulation treatments for tinnitus. Sven is co-chair of WG3. 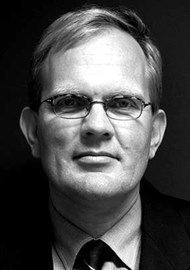 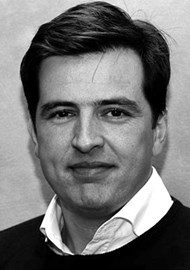