Noise monitoring on a smartphone
By Robert Eikelboom

“The smartphone has more computing power than was used to put the first man on the moon.” Robert Eikelboom discusses the potential of the smartphone as an effective noise monitoring device.

Excessive exposure to noise is considered as one of the primary causes of hearing loss [1]. There are now safeguards and regulations in place in most countries for occupational noise exposure, such that the incidence of occupational noise exposure is decreasing. However, there is growing concern that recreation-related noise exposure, not only at music and sporting venues, but also via personal music players, will generate a new wave of people with noise-related hearing loss.

A number of initiatives around the world have focused on raising awareness of the risks to hearing from using personal music players at high volumes for extended periods of time [2,3]. At an international level, the World Health Organisation’s Prevention of Deafness and Hearing Loss office has a ‘Make Listening Safe’ initiative [4]. It has been suggested smartphones, now often used as music players, can potentially also be used to inform people of their current exposure risks.

The mobile phone has arguably had the most impact on society over the past decade of any of the new technologies. Ownership has skyrocketed such that traditional landline phones and emails are now taking a back seat as modes of communication. With the addition of touch screens, faster processors, more memory and better batteries, the mobile phone has morphed into the smartphone.

Not only has it become the standard communication and social media tool, it is also being used for facilitating business, entertainment and health services through specific applications (apps). There are well over 150,000 health related apps available for smartphones. Relevant to audiology are apps to control hearing aids, to conduct hearing assessments by survey or administer a hearing test, and to measure noise. Dozens of apps are available in Google’s Play Store and Apple’s iTunes store that claim to test hearing, and even more apps are available as sound level meters.

Sound level meters have the potential to play a role in informing consumers of noise exposure and to measure environmental noise. The microphone can be used to measure incidental and longer term noise. Furthermore, the output from a device can also be monitored, measuring sound energy over time as the device is used as a music player. In both cases the smartphone can act as a noise dosimeter. However, there are a number of limitations that currently prevent the recommendation of their use. It has been said that the smartphone has more computing power than was used to put the first man on the moon. Whilst this is true, when one compares the specifications, the reliability and predictability of NASA computers and computer programmes was far beyond what modern smartphones and apps offer.

Smartphones are made by many manufacturers mass producing many models. It would be fair to say that standardisation and calibration of audio input (microphones) and outputs are not of primary interest to them. It should be remembered that the smartphone is a consumer device, not a scientific or medical device. At best, the microphone selected for the device will be used to be most responsive to human voice. However, reliable and calibrated microphones are essential for providing accurate data on noise [5].

“Smartphones, now often used as music players, can potentially also be used to inform people of their current exposure risks.”

For the purposes of this article, four of the highest rated apps on Google’s Play Store were installed on an Android smartphone. The noise level in a quiet office environment was measured to be 38, 50, 60 and 78dB, with peaks levels of 65, 72, 50 and 101dB respectively. Only one of these apps came with a warning that microphone performance varies across devices, and recommended calibration. It also gave the option for A and C weighting of recordings. Three of the apps provided a calibration feature, two with a simple adjustment, and the third allowing two or three calibration points to be entered.

There is some evidence that apps for Apple’s iOS platform may be more reliable [6,7], although another study [8] concluded that even these should be used with caution.

Unfortunately, the calibration of smartphones will remain a contentious issue; is it too much to wish for public calibration stations? Or that smartphones come with a calibrated microphone?

A further limitation is that providing a decibel value has little relevance to most people. Two of the apps reviewed provided a reference list of common noise sources e.g. lawnmower, truck. Ideally, these should come with guidelines or recommendation of exposure limits (time and level). Another app reviewed provided warning messages when noise levels exceeded a set level; however, time weighting of exposure was not included.

Audio outputs are also problematic, as the specifications for sound output are not standardised. This is further complicated by the huge range of earphones and headphones that are available, and that sound transfer into the ear canal depends on fitting of the headset to the ear and head. It is also not certain that all manufacturers make available to app developers the ability to monitor the sound output from their device.

There is clearly more work needed by smartphone and app developers for the audiology community. Input from hearing health specialists is essential, and the WHO’s ‘Make Listening Safe’ initiative with the International Telecommunications Union will be important in setting standards, interacting with manufacturers and educating the community.

In the meantime, developers of smartphone apps that measure noise should be encouraged to inform users of the limitations, and to include information on recommended safe listening levels and times.

Declaration of competing interests: None declared. Robert Eikelboom is the Research Development and Grants Manager at the Ear Science Institute, Australia. He has appointments as Adjunct Professor at the Ear Sciences Centre, at The University of Western Australia, and as Extra-ordinary Professor at the Department of Speech-Language Pathology and Audiology at the University of Pretoria, South Africa. 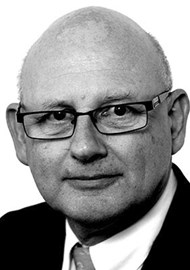