So, they are great for screening, but how can otoacoustic emissions be integrated into the diagnostic test battery? Beth Prieve examines the role of diagnostic OAEs by asking three simple questions.

Audiologists and otolaryngologists are familiar with otoacoustic emissions (OAEs) as a newborn hearing screening tool because they have been widely used in screening programmes for more than two decades. Otoacoustic emissions are equally important for the differential diagnosis of hearing loss, but are used less often in that capacity. Although some clinicians might include them in a diagnostic test battery, they tend to apply them in a ‘screening’ mode, rather than a diagnostic mode. Why and how can they be used for diagnosis of hearing loss? Here are three things to remember:

1. Why are they essential for differential diagnosis of hearing loss?

2. What type of OAEs do we use for diagnosis of hearing loss?

Transient-evoked OAEs (TEOAEs) and distortion product OAEs (DPOAEs) can both be used in diagnostic protocols. These two types of OAEs detect hearing thresholds of >20 dB HL with similar accuracy, although there are some slight differences. TEOAEs identify hearing loss better at 1000 Hz and 2000 Hz than DPOAEs, but DPOAEs detect hearing loss with greater accuracy at 4000 Hz. In addition, TEOAEs are not measured clinically above 4000 or 6000 Hz because of limitations due to stimulus artifact. DPOAEs can be measured to higher frequencies such as 8000 Hz [1]. New research could change these limitations, as TEOAEs can be measured to higher frequencies using stimulus cancelling techniques [2], and DPOAEs can be improved using better calibration techniques [3], allowing both types to be recorded at frequencies higher than 8000 Hz.

3. How do we use OAEs in a diagnostic test battery for hearing loss?

The protocol for measuring and interpreting OAEs is different for diagnosis of hearing loss than it is for screening for hearing loss. In screening mode, TEOAEs and DPOAEs are interpreted over a limited frequency range, usually from 2000-4000 Hz, and a determination is made whether the OAE level is higher than the noise level (signal-to-noise ratio, or SNR). A SNR criterion is chosen (for example, 6 dB) and the ear is said to ‘pass’ or ‘refer’ if the SNR criterion is met over the frequency range. For screening, each ear is considered a ‘pass’ or ‘refer’, and ultimately, the individual is considered to have ‘passed’ or ‘referred from’ the screening.

Otoacoustic emission testing protocol and interpretation is different when used in the diagnostic test battery. Either TEOAE and/or DPOAE can be used, but measurements are made over a wider range of frequencies and the response at each frequency is assessed and compared to other test battery results. TEOAEs are measured from 1000 to 4000-6000 Hz and DPOAEs are measured from 750 to 8000 Hz. Here is a checklist to use for interpretation of DPOAEs.

If the answer to one or both of these is ‘no’, then the test should be repeated. If the answer is yes, then the DPOAE can be interpreted and you can proceed to question 2.

2. Is the DPOAE measurable at each frequency?

Transient-evoked OAE interpretation is the same as for DPOAEs, except that step 2b is not done. There are not normative levels for TEOAEs at this time. Reporting OAEs is done for each frequency in both ears, and incorporated into the test battery that provide impressions of whether there is a mechanical component contributing to hearing loss.

TEOAEs and DPOAEs measurements are being refined and better linked to mechanical transduction processes in the cochlea. TEOAEs represent a ‘reflection-type OAE’, and specially processed DPOAEs can measure a ‘distortion-type’ OAEs [6,7]. These types of OAE used together may enhance our ability to diagnose hearing loss, point to susceptibility to hearing loss from noise or ototoxic agents, or provide other important clues to general health. 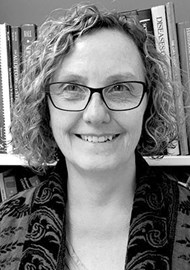