Alain Londero presents a large-scale collaboration that invites clinicians and patients to develop a minimum standard for assessing the efficacy of tinnitus treatments. This will become an international recommendation for all clinical trials of tinnitus.

WG5 is working towards a minimum standard for assessing the efficacy of tinnitus treatments, in clinical trials of tinnitus. The first goal is to define important domains. A domain is a distinct element of tinnitus that is deemed sufficiently important to be evaluated in all clinical trials. Examples might be how loud or how emotionally distressing the tinnitus is. These should be relevant for patients and clinicians.

Despite its considerable socioeconomic relevance and major scientific efforts, progress in developing a successful cure for tinnitus (i.e. leading to a total disappearance of the tinnitus percept) has been, up to now, fruitless. In most of the cases, treatment remains palliative, only aiming at alleviating tinnitus intrusiveness. Treatment success is then judged according to its effect on a variety of primary and secondary outcome measures.

“To date, there is no well-validated and agreed outcome measure for tinnitus treatment evaluation.”

Keeping in mind that tinnitus is a subjective condition, for which there is no validated objective evaluation tool, it makes the definition of outcome(s) challenging. It remains unclear which distinct aspects of tinnitus (i.e. ‘domains’) are most relevant for assessment. Even more debated is the choice of the instruments (visual scales, questionnaires, psychoacoustic measures, functional brain imaging, electrophysiologic brain recordings etc.) that are to be used to properly encompass and evaluate these outcome domains. Indeed, the development of a minimum outcome reporting standard would go a long way to addressing these problems.

In 2006, a consensus meeting of 29 professionals recommended using one of four standard questionnaires for tinnitus severity as an outcome [1]. The rationale for this choice was primarily motivated by pragmatism (e.g. availability in different language translations). Unfortunately, the recommendations have not been widely adopted, and so the EU COST Action TINNET gives us an opportunity to revisit and reconsider this important topic. The first meeting of WG5 was held in November 2014, and the second in August 2015 (Figure 1). 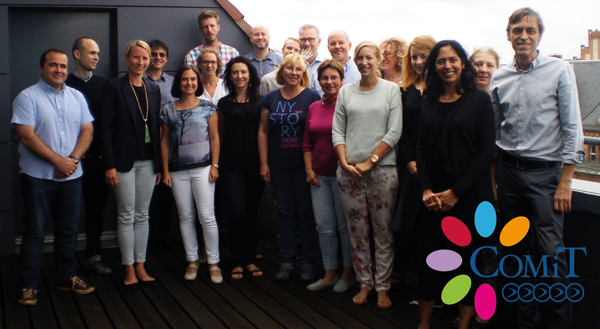 The first meeting involved a workshop on ‘Agreed standards for measurement: an international perspective’ with invited talks on clinimetrics and existing international initiatives to define core sets for outcome measurements in hearing loss (‘International classification of functioning, disability, and health core sets for hearing loss’) and eczema (‘Harmonising outcome measures for eczema’). At this meeting, WG5 members agreed a name for our tinnitus initiative: COMiT (Core Outcome Measures in Tinnitus). Like other international initiatives, we decided to take a methodologically driven (clinimetric) approach; first determining what to measure before seeking to determine how to measure it. Agreeing the domains that contribute to tinnitus severity (i.e. ‘what’) is the first step towards achieving a minimum outcome reporting standard for tinnitus that has been reached via a rigorous and transparent process. Deciding which outcome domains should be in this minimal core set requires a great deal of discussion and so lends itself well to international effort.

Figure 2: The RoadMap describing activities planned within WG5 to develop a standard for outcome measurements for tinnitus.

The activities of the COMiT initiative are registered on the website of a UK group that brings together from all over the world researchers interested in the development and application of agreed standardised sets of outcomes (COMET). Their database currently contains 654 references of planned, ongoing and completed work across a range of health care disciplines (see http://www.comet-initiative.org/studies/details/703). We have also published an article which describes the five stage RoadMap that plans out our programme of work (Figure 2). Stage 1 will identify and agree on core domains [2]. Stage 1 starts with two systematic reviews to establish existing knowledge and practice. One reflects the views of professional stakeholders and asks the question “what are the current reported outcome domains in tinnitus intervention studies?” [3]. This will establish which outcome domains and outcome instruments have been measured in recent registered and published clinical trials. The other represents people who experience tinnitus and asks the question “what dimensions relate to why tinnitus is a problem for people who experience the condition?” [4]. This will summarise the findings of narrative syntheses of qualitative data to establish which domains are important to patient stakeholders.

The data synthesis arising from both of these reviews will inform an online survey which will seek a consensus about what outcome domains are important. The methods for reaching an agreement will use an iterative series of questionnaires, with patients, clinicians and other professional stakeholder groups (such as industry) all contributing their views. Participants from countries outside the European Union are particularly welcome to act as a national advocate for the project.

Within the scope and duration of the TINNET project, WG5 aims to:

Alain is an ENT clinician qualified in ear surgery. He has been the Head of the Tinnitus and Hyperacusis multi-disciplinary clinic at Hôpital Européen G Pompidou (Paris, France) since 2000. He is a member of the scientific board of the French tinnitus association (France-Acouphènes). He represents France on the TINNET Management Committee and is currently co-chair of TINNET Working Group 5. 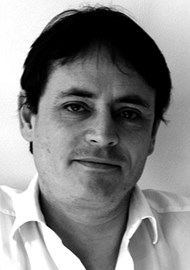