Screening: evaluating the outcomes of early intervention
By Gwen Carr

Newborn hearing screening is now the accepted standard of care in several countries, and is becoming increasingly more established worldwide. White [1] reported eight countries screening over 90% of newborns, ten screening between 25-89% of births and a further 54 implementing pilot or small scale programmes, many working towards the development of national systems.

One of the key criteria for the implementation of screening, set out by Wilson and Jungner [2] almost 50 years ago, is the existence of an ‘accepted treatment’. In the context of newborn hearing screening this is commonly interpreted as ‘early intervention’. This not only includes audiological and medical evaluation and management and the provision of amplification options, but also encompasses support for the child and family from a range of professionals, crucially including those skilled in supporting the development of language and communication and fostering early learning in young deaf and hard of hearing children.

The Joint Committee on Infant Hearing (JCIH) Position Statement 2007 [3] expresses the goal of newborn hearing screening as ‘to maximise linguistic competence and literacy development for children who are deaf or hard of hearing’, and there is now a compelling body of research evidence demonstrating that when early identification is followed by ‘timely and appropriate’ intervention, it can lead to language and communication outcomes which are significantly better than those of later identified children and comparable with those of their hearing peers [4,5,6,7]. Many early studies focused substantially on language outcomes, addressing performance in speech, vocabulary, syntax and grammar, but increasingly these have broadened in consideration of more general communication and early educational outcomes.

A number of longitudinal studies have been commenced, among them the population-based Longitudinal Outcomes of Children with Hearing Impairment (LOCHI) study [8], conducted by Australia’s National Acoustic Laboratories since 2008, which has also evidenced the positive impact of early identification and intervention on communication and in particular spoken language, but reports deficits in pre-literacy and pre-numeracy skills in children at age five. Other studies have highlighted the fact that even when early identified deaf children develop age appropriate receptive and expressive language, their pragmatic skills, essential for successful social interaction with peers, can lag significantly behind expected levels of competence [9]. An increased focus on the quality of the language environment and its accessibility has also been generated, and a substantial number of studies conducted under the auspices of the LENA Research Foundation (www.lenafoundation.org) are demonstrating that addressing the quality and frequency of adult-child conversation can go some way towards mitigating the impact of low levels of maternal education and low socio-economic status on outcomes.

“The vast majority of the evidence for the efficacy of screening programmes has emphasised the fact that improved outcomes for early identified children are properly realised only when early identification leads to early and appropriate intervention.”

These findings have led to some questions about the nature, style and content of intervention, beyond the provision of amplification or cochlear implantation, and to a realisation of the importance of broadening the understanding and interpretation of the outcomes we seek to define and evaluate. Central to these considerations is the need to embrace the knowledge and lived experience of parents of deaf children and to incorporate their informed perspectives on both child and family outcomes into early intervention delivery. In its 2010 Position Statement and Recommendations for Family Support in the Development of Newborn Hearing Systems and Early Hearing Detection and Intervention (EHDI) Systems Worldwide [10], the Global Coalition of Parents of Children who are Deaf and Hard of Hearing (GPOD), an international collaboration of parent groups, stresses the importance of focusing on the child within the family context and advocates for appropriate individualised support for the whole family, given that that is the social context into which a child is born and develops.

GPOD stresses its belief that ‘a well-adjusted, successful child who is deaf or hard of hearing is the product of a well-adjusted, successfully supported family’ and ‘while the definition of a child’s success will vary from family to family, UNHS and EHDI effectiveness will be reflected in the eventual success – or in the struggle – of the child and his/her family’. Since the meaningful and effective involvement of a deaf child’s parents and family has been shown to be the single most important predictor of positive outcomes in early intervention [11] and late engagement and limited family involvement in intervention have been shown to be associated with significant developmental delay in children’s language skills [12], the importance of family-centred approaches to intervention as opposed to a solely child-centred focus cannot be underestimated, with clear implications for early intervention providers. 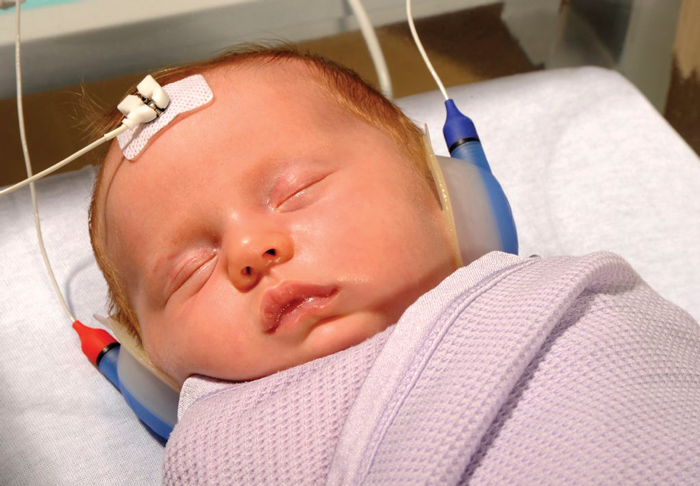 © Crown Copyright 2013. This information was originally developed by the UK National Screening Committee/NHS
Screening Programmes (www.screening.nhs.uk) and is used under the Open Government Licence v2.0.

The key components of what constitutes ‘early intervention’, and in particular what marks that intervention as being of high quality and leading to improved outcomes, have been uppermost in the minds of both practitioners and researchers for some time however, and both the JCIH 2013 Supplement to the 2007 Position Statement [13] and the International Consensus Statement on Best Practices in Family-Centred Early Intervention [14] have sought to examine what constitutes best practice in early intervention from outcomes (language, communication, socio-emotional and educational) and evidence based perspectives. Both of these documents, the former developed within a US framework and the second in a more globally collaborative context, place support for families at the centre, and recognise the crucial role not only of parents themselves in providing peer support but also deaf professionals as core members of the early intervention provision.

The development and implementation of newborn hearing screening has been driven by the aim of reducing the negative impact of congenital hearing loss on children’s health and development, which in turn leads to social and educational underachievement and limits life chances. In developing countries, this may mean being denied even basic access to an education and an inability to access healthcare. The vast majority of the evidence for the efficacy of screening programmes has emphasised the fact that improved outcomes for early identified children are properly realised only when early identification leads to early and appropriate intervention. This has raised questions about the wisdom and ethics of introducing screening in resource-limited countries where follow-up and early intervention services are not yet sufficiently developed.

With the growing body of evidence of the importance of parent-child interaction and family involvement as the key factors in enabling improved outcomes for deaf children however, the notion of ‘early intervention’ as the essential provision of amplification and professionally qualified early education and therapy might be justifiably challenged in developing country contexts. Simply the fact that parents can know their child’s hearing status early in his or her life affords the possibility of modifying parent-child interaction and modes of communication to adapt to the child’s needs. The definitions of ‘family support’ and ‘early intervention’ necessarily need to be recast in culturally sensitive and appropriate ways, and the evaluation of outcomes differently understood, but the aim of reducing the deleterious effects of unrecognised childhood deafness can still be realised, and the goal of hearing screening in improving child outcomes progressed, so that ultimately, newborn hearing screening and its advantages, can be truly universal. 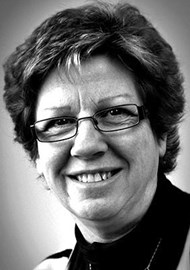