With the number of people suffering from hearing loss growing all the time, the need for early detection and intervention is imperative. De Wet Swanepoel discusses two examples of mHealth possibilities for hearing screening which, as a low cost solution, would be particularly useful for providing hearing tests in underserved regions.

Hearing loss is a leading contributor to the global burden of disease (GBD), with one in seven people affected [1]. The recent GBD report estimated that almost a billion people (940 million) suffered from hearing loss in 2015 [1]. This makes it the second most common impairment, ahead of visual impairment, as measured on the years lived with disability (YLD) index.

As acknowledged in this influential GBD report, timely provision of medical and audiological interventions, has the potential to significantly reduce this burden. The first point of entry for providing appropriate interventions however, requires early detection options that are accurate, efficient and widely accessible.

mHealth, broadly defined as any use of mobile technology to address healthcare challenges such as access, quality, affordability, matching of resources, and behavioural norms, promises exciting new possibilities [2,3]. Considering the explosion in mobile connectivity and the rapid advances of smartphone technologies, the field of mHealth is emerging as a powerful tool to support and provide affordable and equitable access to health, especially in underserved world regions. The field of hearing healthcare is starting to embrace mHealth for decentralised access to early detection of hearing loss using low-cost solutions [3].

Two broad approaches to mHealth screening for hearing loss include an end-user model or a point-of-care diagnostic device operated by a facilitator. Each of these approaches have their respective advantages and limitations which should be weighed up against application within different contexts and for different populations. 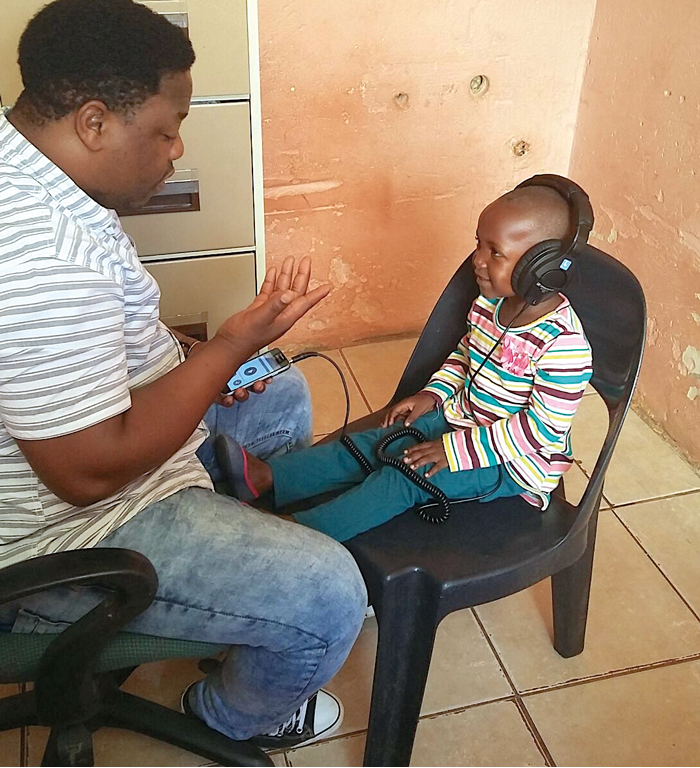 Child being screened with the hearScreen App.

Accurate hearing screening at community-based contexts, such as home visits, schools and primary healthcare clinics, can be facilitated by minimally trained persons using low-cost mHealth tools. Our research on the hearScreen Android-based software application (www.hearscreen.com) has demonstrated that accurate calibration and real-time noise monitoring is possible on supported devices, which allow for clinically valid pure tone audiometric screening when linked with a calibrated headphone [4,5]. Recommended hearing screening protocols can be pre-programmed for automated testing employing a forced-choice response paradigm: ‘Did the child respond? Yes / No’ [6].

“The field of mHealth is emerging as a powerful tool to support and provide affordable and equitable access to health, especially in underserved world regions”.

In a clinical validation study in schoolchildren, the hearScreen smartphone audiometry test performance was equivalent to conventional pure tone audiometry [5]. Real-time feedback on environmental compliance to maximum permissible ambient noise levels provides a quality control check on one of the most common concerns in hearing screening programmes [6]. In a subsequent study, the smartphone hearing screening was conducted by community health workers (CHWs) in an underserved community as part of their routine home visits.

The CHWs had no prior training in hearing screening but could conduct successful tests on children and adults as part of their routine home visits after one four hour training session [7]. CHW’s reported the usability and time-efficiency of the app as valued features and expressed a desire to continue the service for community members. Accurate and time-efficient testing was also reported in another study conducted at primary healthcare clinics in underserved communities [8]. 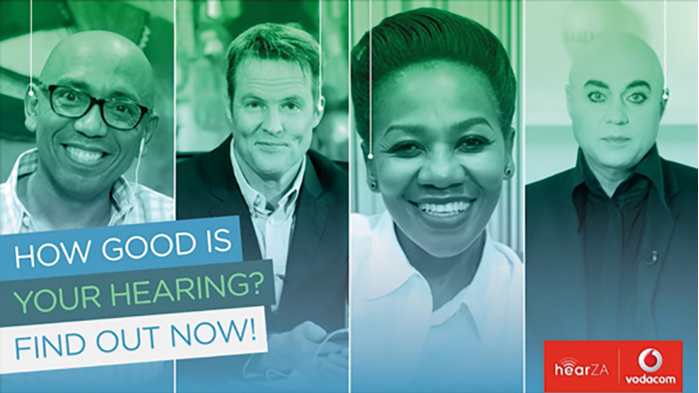 Whilst there are numerous consumer apps for pure tone audiometry on iOS and Android App stores, their quality and reliability is undermined by the fact that they are not linked to a calibrated headphone. An alternative method recently reported utilises a speech-in-noise test set-up (digit triplets in noise) with a relative calibration between the signal and the noise [9]. Whilst the digits-in-noise tests have been used as national hearing screening tests offered over landline telephones, the first validated smartphone app was released as the National Hearing Test of South Africa, called hearZA (www.hearZA.co.za).

One of the reasons for employing a smartphone platform in South Africa was because only 10% of South African households have access to a landline phone compared to smartphone, which approaches penetration of 80% of households [10,11]. The smartphone platform, however, also opens a range of other possibilities that add value to such a tool. Our aim with this smartphone tool was to make it available for: strategic public awareness; accurate detection of hearing loss; personalised hearing health tracking; in-app decision support; and linking persons to their closest hearing health providers.

“The community health workers had no prior training in hearing screening but could conduct successful tests on children and adults as part of their routine home visits after one four-hour training session.”

Launched on World Hearing Day, 3 March 2016, as South Africa’s National Hearing Test, hearZA was widely publicised in the popular media with several local celebrities who served as hearing health ambassadors (See Figure 2). The app’s screening sensitivity and specificity to identify hearing loss greater than 25dB was 95% and 87%, with slightly lower accuracy for non-native speakers with poor competence in English [12]. It generates a personal profile allowing users to track their hearing ability over time with annual reminders to conduct a follow-up test.

Those persons who fail the screening are offered a two minute in-app decision support guide, developed in partnership with the Ida institute (www.idainstitute.com) to assist them in making an informed decision about following up with a hearing health provider. Finally, the app also offers referrals to their closest audiologist using an integrated cloud-based database developed with local associations for audiologists. Available on iOS and Android App stores in South Africa, the hearZA App is intended for adult screening only at present.

These are two examples of mHealth possibilities for hearing screening that can secure access to hearing tests at scale using low-cost technologies for sustainability services. The potential impact, especially to provide access for underserved populations using decentralised community-based models, is clear. The screening component is however, only the first step and should start the pathway of care through to diagnostic and intervention services. Fortunately, mHealth solutions like these also offer integrated cloud-based data management services that can facilitate linkage to care. Beyond hearing screening mHealth will also be playing an increasingly important role throughout the rest of the hearing care pathway.

Declaration of competing interests: The University of Pretoria holds the IP to the hearScreen and hearZA products licensed to the hearScreen (Pty) Ltd Company for commercialisation. De Wet Swanepoel serves as a lead scientific advisor to the company.

De Wet Swanepoel is professor in the Department of Speech-Language Pathology and Audiology, University of Pretoria, with adjunct positions at the University of Western Australia and at the Ear Science Institute Australia. He has published more than 100 peer-reviewed articles, books and chapters and has received national and international awards in recognition of his work. He serves as president of the International Society of Audiology and is associate editor for the International Journal of Audiology. 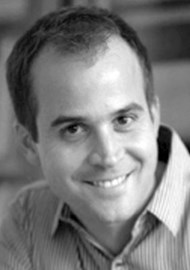 PhD, Department of Speech-Language Pathology and Audiology, University of Pretoria, South Africa. Research Director, WHO Collaborating Centre for the Prevention of Deafness and Hearing Loss