Congenital cytomegalovirus (cCMV) infection is a common congenital infection and is the leading infectious cause of sensorineural hearing loss (SNHL) in children. Prof Karen Fowler discusses current research and the exciting future of screening for cCMV in newborns. 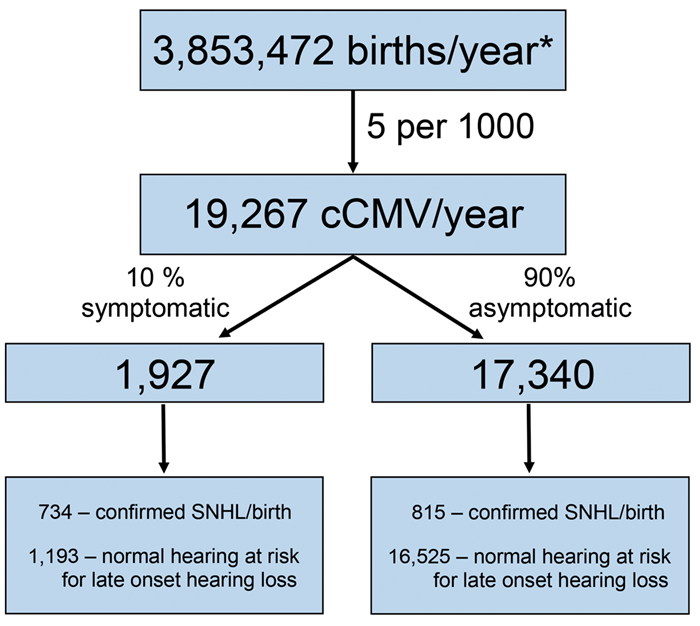 Infants with cCMV may have isolated SNHL at birth without other symptoms of infection, or their hearing loss may occur along with other manifestations attributable to cCMV in the newborn period. As seen in Figure 1, if universal CMV screening occurred in the United States today it is expected that approximately 1549 CMV-positive infants with SNHL at birth and 17,718 CMV-positive infants without hearing loss at birth would be identified annually [1].

To explore a possible alternative to universal CMV screening, we recently examined the effectiveness of a targeted approach for identifying infants with CMV-related hearing loss where only newborns who did not pass newborn hearing screening (NHS) would be tested for cCMV [1]. As part of the National Institute on Deafness and Other Communication Disorders (NIDCD) funded CHIMES study, 99,945 infants at seven US medical centres were tested for CMV and received a NHS while in the hospital nursery. CMV-positive infants were significantly more likely to fail the NHS (7.0%) compared with CMV-negative infants (0.9%). CMV-positive infants in the neonatal intensive care nursery had the highest referral rate (20.9%). CMV-positive infants in the well-baby nursery also had a higher than average referral rate (5.5%). Among the cCMV infants who did not pass their NHS, further diagnostic testing confirmed that 65% had SNHL. An additional 3.6% of CMV-infected infants who passed the NHS had SNHL confirmed in early infancy. Overall, the majority (57%) of CMV-related SNHL that occurred in the neonatal period was identified by targeted CMV screening. 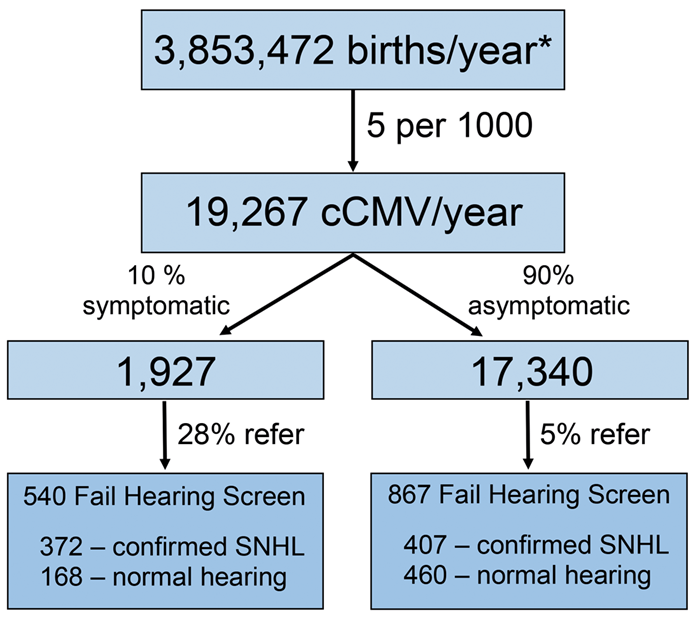 Figure 2. Number of infants with congenital CMV infection who fail their newborn hearing screen expected to be identified by targeted CMV screening in the United States annually. *Based on the 2017 US births (www.cdc.gov/nchs/data/vsrr/report004.pdf) and data estimates from [1].

As seen in Figure 2, approximately 1407 infants would be expected to not pass their NHS and be identified by targeted CMV screening annually. However, this approach will miss the CMV positive infants who passed the NHS but are still at increased risk for late onset SNHL. Even though targeted CMV screening does not identify all CMV-related SNHL, it is a valid approach and has begun to be incorporated into an increasing number of hospital nurseries. Additionally, the efforts of parent advocacy groups in several states have successfully led to the passage of CMV legislation mandating CMV screening of infants who do not pass their NHS.

Reliable diagnosis of cCMV can only occur within the first three weeks of life, so immediate screening by saliva or urine after a failed NHS is practical. Waiting for CMV testing until after an infant’s permanent hearing loss is confirmed will not allow for the determination of the role of CMV in the hearing loss.

General hearing recommendations for all children with cCMV are full� audiological diagnostic evaluations in the first six weeks of life. This evaluation should include a diagnostic automated brainstem response (ABR) assessment, otoacoustic emissions (OAEs) testing, tympanometry, and acoustic reflexes. Follow-up evaluations including age-appropriate behavioural audiometry (visual reinforcement audiometry (VRA) or conditioned play audiometry), OAEs, and tympanometry have been recommended to occur every six months until at least four years of age, followed by annual assessments until six years of age. In addition, frequent audiological monitoring (every three months) should be considered when hearing levels change or until the child starts to talk. Since CMV-related hearing loss may fluctuate or progress, special attention should be given to children with hearing aids to ensure proper amplification if their hearing levels fluctuate.

Antiviral treatment within the first 30 days of life is recommended for infants with cCMV and CNS and/or multi-organ involvement at birth [4]. Currently, there is insufficient evidence for and no consensus regarding treatment of CMV-positive infants with transient, newborn symptoms or isolated SNHL at birth. Treatment of infants identified with cCMV but without any clinical evidence of the disease in the newborn period or SNHL at birth is not recommended at this time. However, clinical trials of antiviral treatment for infants with isolated SNHL and infants without any clinical manifestations at birth are underway and will provide additional data on the effectiveness of antiviral treatment in stabilising hearing thresholds or preventing late onset hearing loss.

“As increasing numbers of CMV infected infants are identified through targeted screening, audiological management guidelines will need to be reviewed and evaluated.”

As increasing numbers of CMV infected infants are identified through targeted screening, audiological management guidelines will need to be reviewed and evaluated to maintain the volume of children with cCMV that will require repeated audiology follow-up assessments. Foulon and colleagues in Belgium have proposed a flow chart for children with cCMV in an attempt to standardise audiological follow-up [5]. Their hearing evaluation flowchart proposes an initial ABR and OAEs in the newborn period for all CMV-positive infants. For those with normal thresholds, and no indication of middle-ear disease, they recommend the use of OAEs for follow-up at five months of age, and then annually until four years of age. At any time that the OAEs are abnormal then an age-appropriate hearing test should be conducted to confirm the presence of SNHL.

In the United States, with increasing numbers of CMV-positive children being identified with and without hearing loss, development of similar audiological management guidelines for children with cCMV are needed. We have recently proposed a similar hearing follow-up algorithm for cCMV children who have normal hearing confirmed by obtaining valid and accurate estimates of ear specific, frequency-specific hearing thresholds by ABR at six to eight weeks of life and by VRA at seven to nine months of age (see Figure 3).

For children with cCMV and normal hearing at seven to nine months of age, the use thereafter of OAEs, tympanometry, and reflexes every six months until five to six years of age would provide needed testing for identifying late onset hearing loss. Children who are found to have abnormal OAEs could then be referred for further hearing evaluation. For children who are at elevated risk for late onset hearing loss due to cCMV infection, but will likely have normal hearing, this is a practical and time-saving approach. 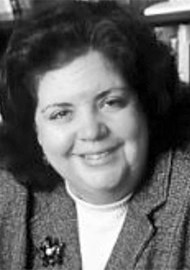