The art and science of acoustic ecology
By Aki Pasoulas

Aki Pasoulas summarises the diverse forms and approaches of the relatively new and expanding area of acoustic ecology, a discipline that studies the relationship between living beings and their sonic environment.

Sound Ecology emerged in the late 1960s through the work of R Murray Schafer and his colleagues at Simon Fraser University in Vancouver, Canada. ‘Soundscape ecology’ is another term which is sometimes used interchangeably with ‘acoustic ecology’. Both scientists and artists have embraced this field in order to understand more about our sonic environment and try to improve it, as well as draw inspiration from and raise awareness about its current and ever-changing state.

R Murray Schafer started his career as a composer and music educator. From early on, his attention was drawn towards noise pollution and the lack of awareness people had of their acoustic environments. After an initial research period, Schafer established the World Soundscape Project (WSP) in 1971, as an educational and research group to concentrate on aural perception, soundscapes in relation to communities and sound pollution. The group made a number of publications and radio broadcasts, and created an audio archive with hundreds of hours of environmental recordings, while trying to “co-ordinate research on the scientific, aesthetic, philosophic, architectural and sociological aspects of soundscape ecology” [1]. 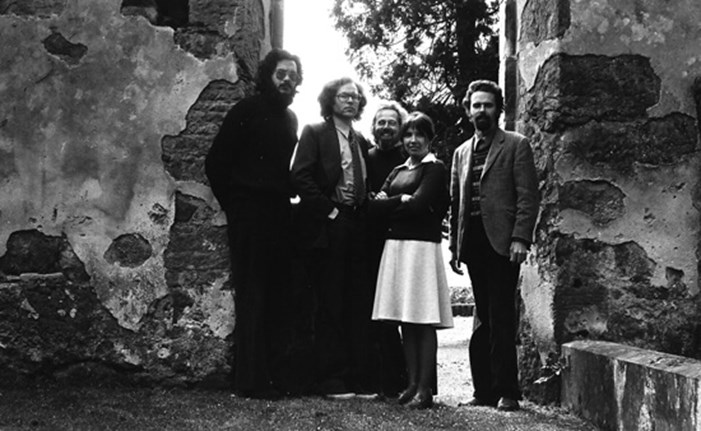 WSP gradually became international in its scope, and some of its founding members teamed up with representatives of the worldwide acoustic ecology community to form the World Forum for Acoustic Ecology (WFAE) in 1993. WFAE currently has a number of affiliated organisations around the world, with a mission to collaborate and promote among other related issues: aural awareness and understanding of sound environments; social, cultural, scientific and ecological aspects of soundscapes; preservation of natural soundscapes and times/places of quiet; and creation of healthy and acoustically balanced sonic environments [2].

Scholars working in this field introduced useful terms and taxonomies to classify our surrounding sound environments. Schafer proposed the term ‘hi-fi’ to describe soundscapes where all sounds can be heard clearly, each occupying its own separate acoustic space, much like instruments in a classical orchestra. The opposite is ‘lo-fi’ soundscapes, where quiet and distant sounds cannot be heard clearly because of dominating noisy sounds; lo-fi soundscapes exist mostly in urban areas. Schafer also introduced the term ‘keynote sounds’ to describe sounds heard continuously or frequently enough by a community to form a background (e.g. traffic noise) against which other foreground sounds are heard; and ‘soundmarks’, which denote sounds that are unique to a place and easily recognisable, similarly to landmarks - features that stand out in their environment.

Acoustic ecology has many allied disciplines, which include acoustics, psychoacoustics, music, biology, ethnomusicology, geography and sociology, with many scholars and practitioners who have been contributing to this field. An important contributor, who came from a music and bioacoustics background, is the American author, Bernie Krause, who founded the Wild Sanctuary, an organisation dedicated to archiving natural soundscapes. Krause introduced the concept of ‘acoustic niche hypothesis’, which predicts that each species occupies a certain acoustic space in a given environment and avoids overlapping with other species’ voices [3]. This preference creates hi-fi sound environments which facilitate communication and co-existence. Where environments become upset because of human-induced noise or climate change (which sometimes necessitate migration of species), it has been observed that certain species change their vocalisations to facilitate communication, prey/predator localisation and navigation. For example, beluga whales have been observed to raise their voices (like humans in a crowded pub) when there is loud shipping noise; and studies of the great tit have shown that the bird sings at higher frequencies in urban environments to overcome the masking effect of city noise.

Scholars attempt to address questions in acoustic ecology by observing behaviours of species, and by measuring soundscapes in terms of their acoustic, temporal and spatial properties. Temperature, humidity and other weather properties also contribute to changes in the sonic environment, because they affect sound propagation; any atmospheric variations can considerably affect communication and navigation of species [4]. Regarding the wellbeing of humans, noise affects quality of life in urban areas, inducing anxiety, high stress levels, loss of sleep, hypertension and, in some cases, tinnitus and hearing loss. For this reason, soundscape research is often extended to include contribution to noise abatement regulations and urban planning [5]. Human impact on soundscapes, and soundscape impact on ecosystems and on people’s communities, are central to the research agenda of acoustic ecology.

Soundscape composition and other creative approaches

It was inevitable that a field that places sound at the core of its research would attract the attention of musicians, composers and sound artists. Although at its inception, the World Soundscape Project collected recordings of sound environments for archival and educational purposes, its members soon started using environmental recordings in more creative works. Composers already interested in electroacoustic techniques and recorded sound embraced environmental recordings as source material rich in associations, spectral and morphological content. They started creating so-called ‘soundscape compositions’, where identifiable recorded material intermingles with abstract and transformed sounds with varied degrees of recognisability, producing music in its broader sense.

The aims of soundscape composition are not strictly aesthetic; such works may comment on diverse issues stemming from the political and social arenas, building narratives and using sounds associated with particular places and situations. Listeners formulate their own connections with, and interpretation of, the sonic material, based on their memories and lived experiences. 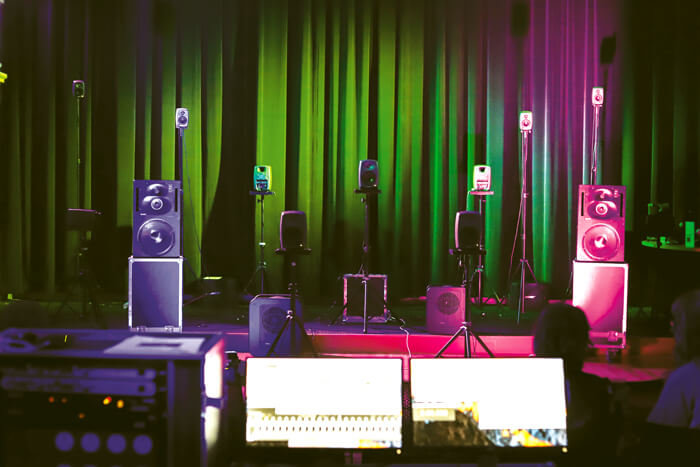 There are many approaches to soundscape composition, from the mostly documentary and field-recording approach to the largely symbolic and abstract; they include works of recorded and transformed sound, and sound installations, as well as live performances and improvisations, sometimes incorporating visual elements. In all cases, meaningful soundscape composition requires methodical and meticulous work, extensive knowledge of field recording and studio equipment, expertise in specialised computer programmes, sensitivity to sound material, analytic skills and awareness of listener’s perception. Among the most important soundscape composers are Barry Truax and Hildegard Westerkamp, both early members of WSP, while Luc Ferrari’s Presque Rien No 1 (1970) is regarded as a significant early soundscape composition. Performances of soundscape compositions are often enhanced by incorporating sound diffusion systems with loudspeakers surrounding the audience, placed at different heights to create a canopy of sound, thus engulfing the audience in immersive experiences of carefully choreographed sonic movements and spaces.

Soundscape composers sometimes use techniques to select and then record material from the environment that stem from R Murray Schafer’s so-called ‘ear-cleaning’ exercises. These exercises are meant to encourage a person to listen more discriminately to the sounds of the environment. One of the exercises is called ‘soundwalking’, which has proved to be a very popular activity often shared with community members who are otherwise not involved with acoustic ecology. Participants are meant to walk in silence, listening attentively to details of their surrounding space. Soundscape composers and artists are increasingly engaged in such activities and projects that invigorate the relationship between communities and their sound environment.

It is an impossible task to summarise such a diverse field with its many facets and manifestations. Acoustic ecology continues to grow and develop, embracing a large number of disciplines, artists, scientists and practitioners. But hopefully this article gives a taste of the vast area of acoustic ecology and its various forms. 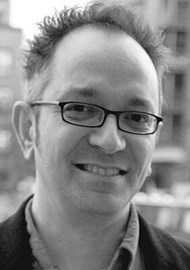