An admission on emissions from James Hall! OAEs hold an established place in the screening of infants; Professor Hall introduces how OAEs established this position and the advances keeping the test relevant to today’s infant screening battery.

Truthfully, when it first was published in 1978 I did not read David Kemp’s classic article entitled ‘Stimulated acoustic emissions from within the auditory system’ [1]. I offer in my defence three feeble arguments. First, I was then entirely devoted to collecting acoustic reflex amplitude data from elderly subjects and completing other requirements in my PhD studies at Baylor College of Medicine while also holding down three part-time jobs (two in audiology) to support my family of three.

Secondly, like most clinical audiologists at the time and today, I rarely opened an issue of the Journal of the Acoustical Society of America. Plus, I didn’t have the time or motivation to regularly poke around the basic science literature. Finally, it wasn’t clinically relevant at the time to know anything about small amounts of mechanical energy in the cochlea that could, with complex laboratory instrumentation, be recorded in the external ear canal as very low levels of sound.

Almost a decade slipped away before I began to pay attention to the slow but steady increase in publications from the UK and Scandinavia on mysterious auditory responses referred to as “evoked acoustic emissions”.

“Along with the auditory brainstem response (ABR), OAEs are now well established for infant hearing screening.”

Early rapid growth of OAEs as a clinical tool

In the 20-year period from 1978 to 1998, more than a dozen scientific discoveries, technological advances and audiological events contributed in combination to the emergence of OAEs as a viable and valuable tool for newborn hearing screening. Listed in approximate chronological sequence these discoveries, advances, and events were: 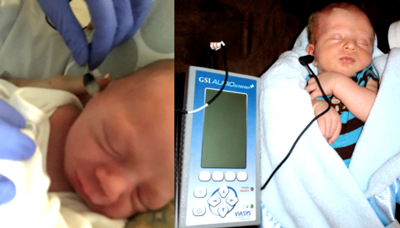 Along with the auditory brainstem response (ABR), OAEs are now well established for infant hearing screening. As illustrated in Figure 1, infants in many parts of the world routinely undergo hearing screening in a birthing facility or non-medical setting within 30 days after birth. Accumulated clinical experience and research findings on infant hearing screening with OAEs is substantial and steadily increasing. A search via the National Library of Medicine website (www.nlm.nih.gov) with the keywords “otoacoustic emissions newborn screening” reveals more than 750 peer reviewed journal articles.

“One exciting recent research direction is the development of instrumentation that combines the capacity for recording transient and distortion product OAEs with measurement of other complimentary techniques.”

Research on the application of OAEs in newborn hearing screening has contributed to widespread appreciation of their multiple clinical advantages and, also, the recognition of some clinical disadvantages. Strengths for any clinical procedure are invariably tempered, to some extent, by clinical weaknesses. Some strengths and weaknesses of OAEs as a technique for newborn hearing screening are summarised as follows:

The value of OAEs beyond newborn hearing screening

In addition to newborn hearing screening, measurement of OAEs is standard of care for diagnostic paediatric audiology, as evidenced by their inclusion in clinical practice guidelines for hearing assessment of infants and young children (e.g., Joint Committee on Infant Hearing, 2007 [2]). Indeed, clinical experiences from widespread application of OAEs in newborn infants and follow-up diagnostic hearing assessment led unexpectedly to the discovery of a new clinical entity that we now refer to as auditory neuropathy spectrum disorder (ANSD).

Many audiologists, the author included, encountered in the early 1990s infants with what seemed to be an illogical pattern of test results... perfectly normal OAEs yet absence of other auditory responses such as acoustic reflexes and the ABR. Clinical experience and research findings soon revealed that infants with the diagnosis of ANSD were most often found among the intensive care nursery population, which led to a revision of recommended protocols for infant hearing screening [2]. OAEs were still appropriate for hearing screening of healthy infants in the well-baby nursery, but ABR became the technique of choice for infants at risk for hearing loss, including infants requiring admission to an intensive care nursery. Research confirms that, in many cases, the most effective and efficient strategy for newborn hearing screening combines both OAE and automated ABR techniques [3].

“There is renewed appreciation for the role in OAEs in detection and identification of acquired hearing loss, including delayed onset and progressive hearing loss, beyond the neonatal period and throughout the preschool years.”

Clinical research on newborn hearing screening with OAEs continues unabated. One exciting recent research direction is the development of instrumentation that combines the capacity for recording transient and distortion product OAEs with measurement of other complimentary techniques, including tympanometry, wideband reflectance or absorbance and auditory brainstem response [4]. There is also renewed appreciation for the role of OAEs in detection and identification of acquired hearing loss, including delayed onset and progressive hearing loss, beyond the neonatal period and throughout the preschool years [5]. 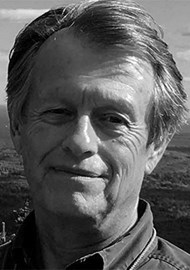 Osborne College of Audiology, Salus University and the Department of Communication Sciences and Disorders at the University of Hawaii, USA.