The techniques for delivering drugs to the inner ear system are evolving. Jeffrey Harris considers the myths, the facts and the potential for drug delivery innovations and how they can improve tomorrow’s hearing outcomes.

The inner ear’s delicate membranous structure, encasement in dense bone and a fluid-filled multi-chambered anatomy, presents a daunting challenge for those considering developing drug delivery systems. Yet, at the same time, this architecture also presents an opportunity for the supply of drugs to this organ that imparts hearing and balance. Disorders of the inner ear have long defied treatment because of its inaccessibility and the preconceived widespread notion that many drugs would be too toxic if they gained entrance to the cochlea if applied to a non-inflamed middle ear.

Slowly, however, it has been recognised that not only can drugs be used to ablate function utilising their selective toxicity (as in the use of gentamicin for the treatment of vertigo [1,2,3]) but drugs that have other beneficial properties, such as glucocorticoids, can be ameliorative as well [4]. In fact, the delivery of drugs to the middle ear has been shown to result in a much higher concentration of the drug in the perilymph than if it were to be given intravenously [5,6]. In addition, with delivery directly to the inner ear, one can avoid potential systemic toxicity or side-effects that accompany many of these drugs.

There has been a concentrated effort to analyse the pharmacokinetics of drugs being delivered to the middle ear via an intratympanic injection and then passively absorbed into the cochlea [7]. Not only have studies been made to examine whether they cross the round window membrane, but also if they can gain access through the bone adjacent to the oval window. From these and other studies it is now clear that the longer the exposure at the round window and middle ear, the greater the likelihood that the drug will reach further into the apical region of the cochlea [7].

One of the important limiting aspects of drugs being delivered to the middle ear is the fact that these liquid preparations have a tendency to rapidly disappear from this area. This is due to the fact that patients, upon arising, swallow much of the drug as it leaks down the patent Eustachian tube, and / or it runs back out through the needle holes in the tympanic membrane. One such attempt to solve this involved placing the Silverstein MicrowickTM through a PET down into the round window niche, allowing for repeated dosing of commercially available medications [8]. Another more recently developed approach involves packaging or suspending the drug in a vehicle that permits sustained exposure to the middle ear.

Recently a gel was adopted for just this purpose. Using a thermoreversible polymer gel, (16% Poloxamer 407) drugs such as dexamethasone or ciprofloxacin can be formulated in an injectable liquid form at room temperature, but as soon as it hits body temperature it begins to gel and remains at the site of injection [9]. The pharmacokinetics of these preparations have shown sustained release for several weeks, thus improving its distribution and concentrations within the turns of the cochlea and avoiding systemic side-effects. One of these preparations – Otiprio® manufactured by Otonomy Inc -is a sustained release ciprofloxacin otic suspension formulated in poloxamer 407 that has received FDA approval for the treatment of pediatric patients with bilateral otitis media with effusion undergoing tympanostomy tube placement [10].

Clearly the ability to suspend drugs into a gel with sustained release allows for novel applications of drugs with the potential to treat sudden deafness, otoxicity from systemic chemotherapy, tinnitus, and perhaps other forms of deafness such as presbycusis, and autoimmune sensorineural hearing loss. Other drug delivery systems have been examined in preclinical and clinical studies: these include SeprapackTM, gelatin, chitosan, hyaluronic acid, hydrogel and gelfoam, to mention a few [11].

An entirely new scientific effort has centred on nanoparticles and nanocapsules as a means of encapsulating drugs for inner ear delivery. Interesting formulations have been developed using various molecules that permit passage through the round window membrane. Poly(lactic-co-glycolic acid) (PGLA), superparamagnetic iron oxide (SPIONs), lipid core nanocapsules, poly ethylene glycol (PEG) and their variations have been used to introduce drugs and tags to label structures of the inner ear and to assess their toxicity [11].

More invasive techniques are also being investigated in hearing subjects to assess the possibility of direct surgical approaches to the cochlea. With the advent of cochlear implantation, experience has been gained on the preservation of hearing despite the relative trauma associated with electrode insertion. Newer investigations have shown that drug eluting electrodes impregnated with anti-inflammatory agents have the possibility of not only reducing the effects of trauma, but also, by introducing growth factors, there may be preferential attraction of neurons to opposing electrodes. Thus, the impedance of the system will be reduced and the function improved.

There have been several pumps developed for research that may ultimately allow for the direct delivery of drugs to the inner ear. These include the round window microcatheters by IntraEARTM and Neurosystec that can use several channels to both administer and withdraw fluids and osmotic pumps (AlzetTM). Additionally, some investigators are developing pumps that can deliver drugs into the fluid compartments of the inner ear so that the entire fluid compartment can be gently perfused with solutions containing drugs.

Investigators have developed a totally implantable drug delivery system (TI-DDS) which can dispense small volumes of drugs and is refillable transcutaneously [12]. In an attempt to create a system that can deliver drugs with minimal damage, yet continuously perfuse the entire cochlea, a reciprocating microfluidic device is on the horizon [13]. With this device, one can open both sides of the scalae and deliver drugs that can, over time, reach all turns. A similar proof of concept study was performed using a gravitational system to wash out an inflamed cochlea with artificial perilymph [14].

In an attempt to enhance diffusion across the round window membrane, investigators have created microperforations with insect pins so small that the integrity of the inner ear fluid compartment is preserved [15]. These types of experimental paradigms were once thought to be inconsistent with preservation of cochlear function; however, this is the next frontier in the treatment of inner ear disorders and holds much promise in their early stages of development.

Declaration of competing interests: Dr Harris has equity interest in Otonomy and serves as a consultant. 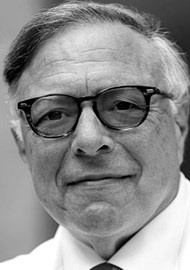