‘Want an upgrade?’ Moral distress in audiology
By Andrea Simpson

Ethical practice in audiology has become a hot topic in recent years, particularly in the independent sector where sales can be linked to commissions. Andrea Simpson has explored this issue in her research and shares her insight into the drivers for moral distress and the impact this then has on those in the profession.

In the independent sector, accusations of audiologists being driven by commissions, ‘up-selling’ clients on hearing products, and using aggressive sales tactics in client interactions has placed the profession under scrutiny from the public. If a healthy ‘patient-centred’ practice is one in which trust is present between client and clinician, many audiologists have been found to be lacking.

The framing of this narrative is that the individual clinician is at fault. For example, an audiologist sees a new client who could benefit from hearing aids. The audiologist decides to only recommend a higher priced device to earn a commission when another cheaper alternative exists which meet the client’s needs just as well. In this example, the audiologist has encountered a moral dilemma, a situation with two or more possible courses of action that create a conflict, and has chosen the ‘wrong’ course of action.

“Ethical practice is more complex than the actions of the individual, with the workplace culture also playing a role.”

However, ethical practice is more complex than the actions of the individual, with the workplace culture also playing a role. According to McCarthy and Deady (2008), ‘moral distress’ occurs when the individual knows the ethically correct action to take, but is prevented from doing so, forcing the individual to act in a manner which they believe to be ethically wrong and against their professional values and standards [1]. Moral distress occurs, “in situations where healthcare providers cannot fulfil their moral obligations to patients or they fail to pursue what they believe to be the correct course of action due to forces often out of their control” [2].

Moral distress is therefore different to a moral dilemma. Let’s imagine the scenario described above where the audiologist is about to recommend a hearing aid to the client. If we view this from a moral distress lens, the audiologist would like to recommend the alternative hearing device option, but feels pressure from the workplace to act otherwise. The audiologist therefore feels powerless to act in ways she/he believes to be morally correct, and is therefore forced to act in ways which contradicts personal values and ethical principles.

Moral distress is not a new concept and has been investigated in a multitude of health professions. For those reporting it, it has been shown to result in self-doubt, self-blame, disappointment and a loss of confidence and self-worth. Individuals have reported experiencing a range of depressive and anxiety-like symptoms including crying, loss of appetite, disturbed sleep, headaches, and heart palpitations.

In addition to its emotional impact, moral distress has a significant impact on job retention, job satisfaction and quality of patient care. Increased levels of moral distress have been associated with burnout, compassion fatigue, errors in client care, and withdrawing or distancing from clients. In a survey sent out to 600 healthcare professionals, just under 20% indicated they were considering leaving a position due to experiencing moral distress at the time of the study [3].

“Increased levels of moral distress have been associated with burnout, compassion fatigue, errors in client care, and withdrawing or distancing from clients.”

We were curious as to whether moral distress was experienced in the audiology profession and surveyed Australian audiologists on their perceptions of the ethical climate of their workplace. Participants were also invited to take part in a semi-structured interview. Of the 300 participants who responded, those who worked in roles outside of adult rehabilitation, i.e. hearing aid sales, reported a healthy ethical workplace climate. For those who worked in adult rehabilitation, the ethical climate was reported as significantly poorer. Age was found to be a significant variable of interest with younger audiologists reporting a poorer ethical climate than older audiologists.

A small number of participants agreed to undertake an interview and reported the pressure to boost product sales as the predominant cause of moral distress. As stated by one participant: “They also pressured us to, as you say to top up … the management had obviously [um] goals for sales … if you didn’t top up a certain percentage of patients [um] you would get a phone call, and say: why didn’t you top up these patients? You’re under your goal, you have to phone them back and see if they wanna upgrade”. Individual participants described experiencing negative emotions including sadness, frustration, worry, devastation, anger, nervousness, disgust, threat and uncertainty. 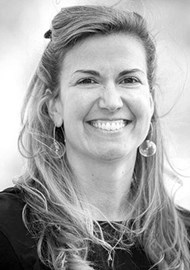