Covering over 70% of the earth’s surface and reaching known depths of 11km, the world’s oceans tick the box for an extreme environment. What do we know of the impact of environmental noise on the deep-sea dwellers of this habitat? Dr Dorian Houser explains the techniques employed to evaluate the hearing of whales.

Dolphins, porpoises, belugas, narwhals, sperm whales (including dwarf and pygmy species), and beaked whales make up an eclectic group of whales known as the odontocetes, or ‘toothed whales’. These charismatic species, of which there are approximately 70, are adapted to life in a light-limited world beneath the sea and primarily sense their environment through their hearing.

They are notably specialised for the use of echolocation, a biological sonar that allows them to navigate and forage underwater by listening to echoes from targets insonified with their own echolocation pulses (short bursts of sound). The hearing range of toothed whales studied to date is broad and the upper limits of hearing can exceed 150 kHz in some species, much higher than the highest frequencies humans can hear. Odontocetes are also very sensitive to sound and, across much of the hearing range, have a low threshold of hearing, which is the lowest level of sound that can be detected in a quiet environment.

“The hearing range of toothed whales studied to date is broad and the upper limits of hearing can exceed 150 kHz in some species, much higher than the highest frequencies humans can hear”

The impact of noise in the ocean environment on toothed whales is concerning and has been the subject of many scientific investigations, environmental lawsuits, and increasing regulations. These concerns are partly due to the fact that toothed whales rely on their hearing to survive in the ocean, and partly because there are many sources of ocean noise that fall within their hearing range, such as military and commercial sonar systems, seismic air guns used for oil exploration, underwater construction and explosions, offshore wind turbines, boating activity, acoustic harassment devices used in fisheries, etc. The issue is exacerbated because little to nothing is known about the hearing of most toothed whale species.

Traditionally, determining the audiogram of a toothed whale required the whale to be kept in human care and trained to perform a behavioural hearing test (for example, by making a ‘whistle’ or touching a paddle when a sound is played to it that is audible). Unfortunately, relatively few species of toothed whale are kept in aquaria and zoos, which meant for many decades that the majority of audiograms for toothed whales were represented by those few species that did well under human care, such as bottlenose dolphins, belugas and, to a lesser extent, harbour porpoises. A few other species were represented, but usually by only one or two animals, leaving it uncertain as to how representative the individuals were of the species as a whole.

“In the last four years alone, testing opportunities with stranded or rehabilitating toothed whales have allowed four novel species to be tested”

The development of portable auditory evoked potential (AEP) systems in the early 2000s and the ability to deliver sound to toothed whales for hearing tests both underwater and in air (via a ‘jawphone’) greatly changed the status quo of the knowledge of toothed whale hearing. An auditory evoked potential is a small voltage produced by the brain in response to an animal hearing a sound. By recording AEPs and varying the level of the sound presented to an animal subject, an estimate of the hearing threshold can be made. The process is fundamentally the same as that used to test the hearing of human newborns. The application of this technology and its potential for expanding the species of toothed whale with which hearing tests could be performed has been previously reported [1]. As the technology has become increasingly accepted and improved, the collection of audiometric information from additional (i.e. novel) toothed whale species has dramatically increased. 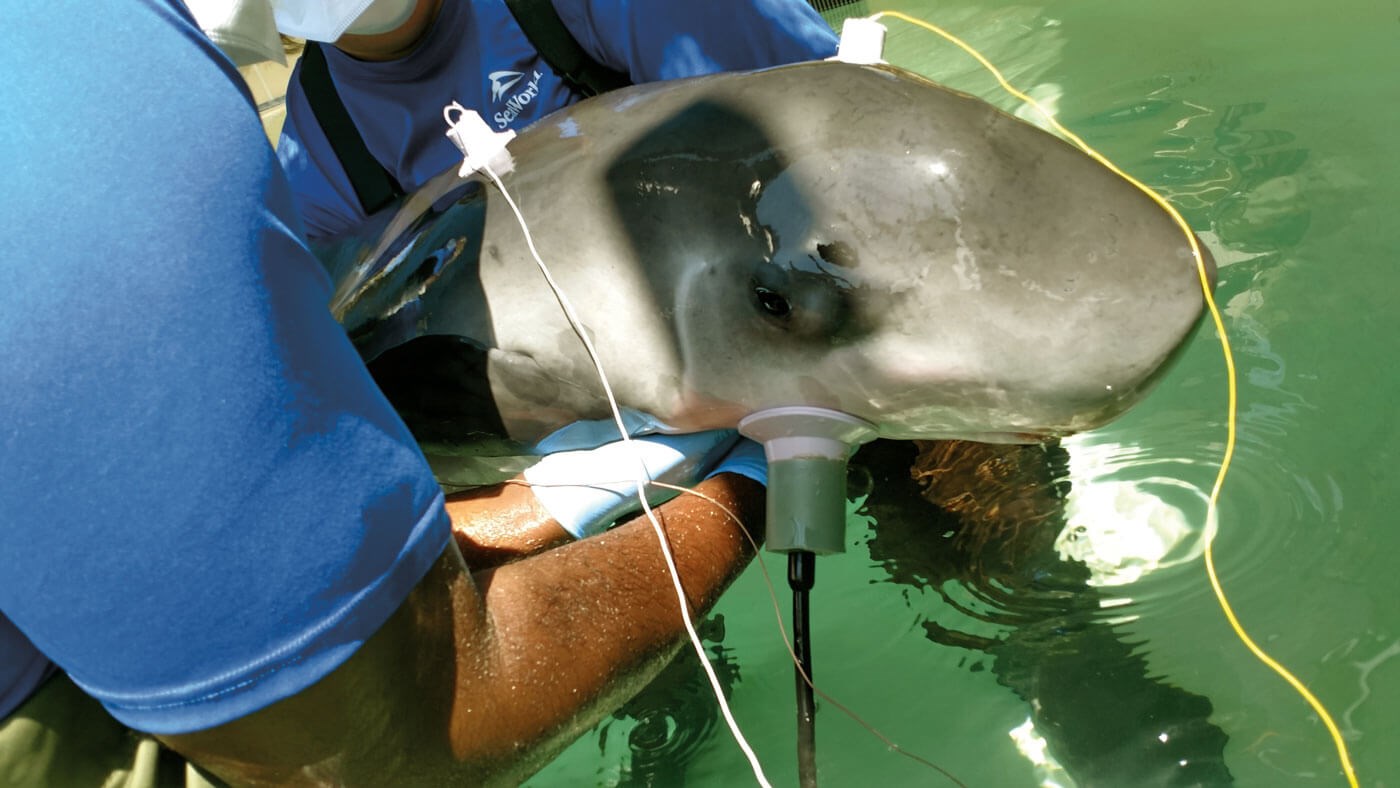 Figure 1. AEP hearing test conducted with a pygmy sperm whale neonate undergoing treatment and rehabilitation at SeaWorld San Diego after stranding on a San Diego beach. Hearing test sounds are presented to the whale via a jawphone, a sound transducer embedded in a large suction cup placed on the whale’s jaw. Brain activity in response to those sounds are recorded by surface electrodes embedded in the smaller suction cups placed on the whale’s head. The recordings indicate the lowest level of sound the whale can hear across a range of frequencies, resulting in an audiogram. This image is reproduced under permission of National Marine Fisheries Service permit #21026.

The performance of AEP hearing tests is now almost routine with stranded and rehabilitating toothed whales within some regions of the United States [2]. Indeed, strandings are the primary means by which novel species of toothed whales become available for audiometric testing (Figure 1). In the last four years alone, testing opportunities with stranded or rehabilitating toothed whales have allowed four novel species to be tested, including the pygmy sperm whale (Kogia breviceps), dwarf sperm whale (Kogia sima), northern right whale dolphin (Lissodelphis borealis), and melon-headed whale (Peponocephala electra). In addition, the number of individuals tested within some rare species has grown, gradually increasing the confidence that the animals are representative of their species. For example, there are now four subjects representing the false killer whale (Feresa attenuata) and two individuals representing the melon-headed whale (Figure 2), both deep-water species that were not tested until portable AEP systems for testing toothed whales were available. In addition, the comparison of AEP hearing tests in healthy toothed whales with full range of hearing to those in stranded and rehabilitating toothed whales of the same species has provided interesting evidence for the occurrence of hearing loss in toothed whales, and hearing loss is now believed to be a contributor to some toothed whale strandings. 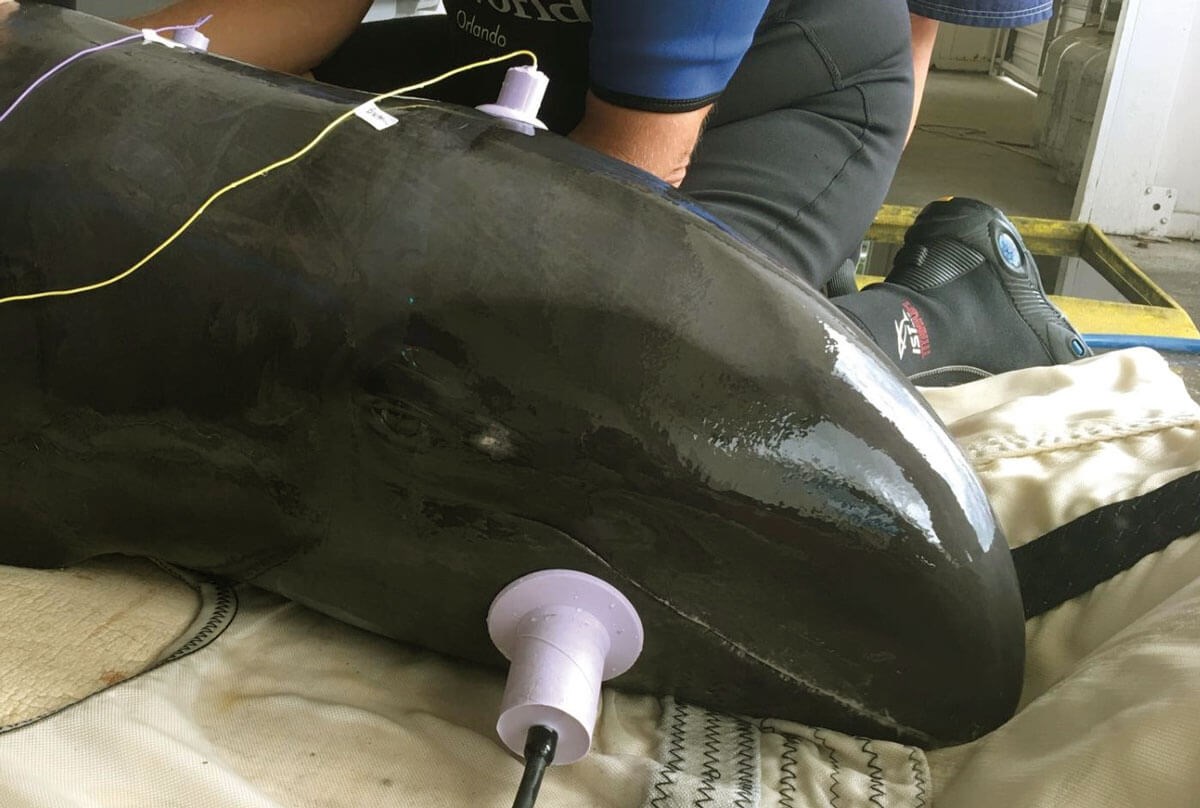 The information obtained using AEP methods to study toothed whales has contributed significantly to understanding the types of human-caused sounds in the world’s oceans that might affect them, particularly for novel species for which no prior audiometric information existed. The information has direct relevance to nations and regulators that strive to protect marine mammals from human-caused noise and ensure that human activities in the oceans do not negatively impact marine mammal populations. With this goal in mind, the scope of effort with AEP hearing test methods is expanding - the first attempts are now underway to use AEP methods to measure the hearing of the baleen whales, the largest of the whales that have comb-like plates of baleen in their mouths instead of teeth. No empirical information on baleen whale hearing exists, yet many baleen whale species are endangered and use acoustic communication at frequencies where ocean noise is often dominant.

The use of AEP methods might allow the first hearing measurements in these grand species to be made (and practically speaking, due to their size, are the only methods by which these measurements could be made). Hearing data on baleen whales would provide immensely useful information to ocean noise regulators and whale conservationists alike. 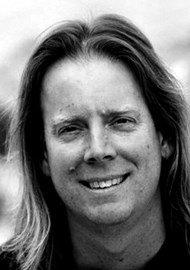