Working with a diverse workforce and coping with transition forced me to consider the importance of cultural differences in the workplace. Only by trying to understand these differences can you understand others’ behaviour and what motivates the team.

I have been fortunate enough to work in an audiology management role both in the United Kingdom (UK) and Australia. This has given me an unexpected insight into my own behaviour and values with respect to the environment I am working in. Cultural differences can be observed not just around the world, but in different organisations in the same country and even between departments within a company. This article draws on my personal experiences, however many of my observations could be applied to any change of working environment.

As Head of Bolton National Health Service (NHS) Audiology Department for almost 17 years I had the opportunity to take a three year secondment with NHS Improvement. In 2011 I moved to Perth, Western Australia and spent 12 months working as an audiologist at Australian Hearing, an organisation that provides hearing aid services on behalf of the government. I was then offered the position as Manager of Ear Science Institute Australia (ESIA) Hearing Implant and Balance Centre. ESIA is a not for profit organisation dedicated to improving the lives of people with ear related conditions. They have clinical, research, community services and educational arms and benefit from the generosity of local people and sponsors.

Travel writer Bill Bryson describes Perth in Western Australia (WA) as “the most isolated city on earth”. It is even isolated from the rest of Australia as it is over 3000 km from the other major cities on the east coast. It has seen 25% growth in population since 2001, therefore few people in the workforce were born in WA. Of the 1.7 million population of Perth, 65% were Australian-born, many from the east coast and almost 10% of Perth residents were born in England. Other major groups are New Zealanders (3.1%), South Africans (1.8%), Indians (1.6%) and Malays (1.4%). The major employers in Perth are Mining, Oil & Gas, Tourism and Health Care. Of Perth residents 1.7% in full time employment are fly in fly out (FIFO) workers that attract higher salaries for flying out of Perth to more remote areas and therefore work away for 2-5 weeks at a time.

In contrast, Bolton has a relatively stable population of 277,000, 6% of the population are Indian and 3% Pakistani, over 50% of these Indians and Pakistanis were born in the UK. The vast majority of staff working for Bolton NHS trust have lived in the area all their lives and therefore tend to have a strong support network of family and friends.

Bolton and Perth have very different ethnically diverse populations; this is reflected across the workforce of the organisations I have worked in. The beliefs, background and local support networks of the staff will inevitably influence the culture in the organisation.

The benefits of such diversity have long been recognised; Michel de Montangne wrote in 1580, “The universal quality is diversity”.

The beliefs and traditions of the workforce will inevitably affect the workplace culture, this includes organisational hierarchy and management styles. This in turn can influence:

On moving to Australia I naively assumed that the culture I would be working in would be identical to the UK. I think the staff do have similar core values, however, I experienced quite diverse working environments and a more direct communication style in the Australian workplace. In the UK the majority of audiologists work for the NHS and have a more varied workload than the Australian audiologists, where a higher proportion are employed in private practices. Audiologists in both countries show a tremendous commitment to their clients and each other.

Communication can be difficult in WA compared to the UK, as a larger proportion of the audiology workforce in WA are part-time or travel into remote areas to see clients. This usually involves a flight or several hours’ drive and internet connections are not always available. I experienced this first hand when working for Australian Hearing with ‘country clients’ in Southern WA and on visits to indigenous clients in the vast sparsely populated Pilbra in the North. Working in a different time zone to Eastern Australia also adds to the communication challenges, with a two or three hour time difference between the west and the east of Australia suppliers and even funding bodies.

In my experience, Australian communication style tends to be more informal and directness is seen as more efficient. I was initially surprised to find how many conversations I could not follow. Over use of abbreviations and three letter acronyms (TLAs) is common both in the UK and Australia, I therefore had to learn a new set of Australian TLAs just to keep up.

Personal relationships are highly valued in Australia; I was amazed to discover that people I had only been briefly introduced to remembered my name. I now make a concerted effort to do the same. Both British and Australian organisations tend to articulate clear goals and direction of travel; and are keen to embrace evidence based practice. This approach encourages innovation and continual development.

In my experience, British working relationships are governed by etiquette, rules and tradition, for example meetings typically begin with polite small talk before getting down to business. Australians tend to get to the point quickly and speak more frankly, this was quite confronting initially. I soon learnt to value the clarity this honesty brings to communication.

When Cultures Collide, Leading Across Cultures by Richard D Lewis is an interesting read and gives a frank somewhat stereotypical summary of cultural differences in the workplace [1]. I am inclined to agree with his comments on the British: “The British rarely disagree openly with proposals from the other side. They agree whenever possible, but qualify their agreement.” (Hmm, that’s a very interesting idea.). Other nationals are more open in this respect. You must watch for hidden signs of disagreement, for example, ”Well, we quite like that, however…”. 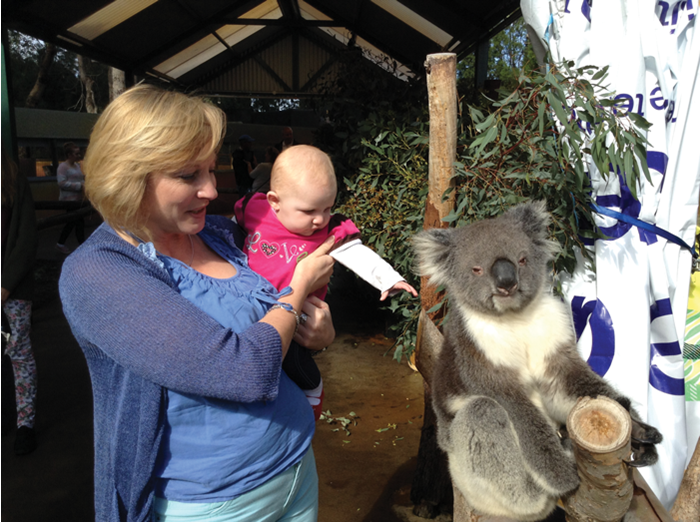 Angela, the proud grandma introducing Brooke to a koala.

I now see how my typically British approach can give mixed messages and try to be more succinct when entering into negotiations.

My Australian colleagues focus more on the positive aspects of services and on what has been achieved. I was so used to taking just the issues to NHS management meetings; I didn’t consider telling superiors of all the good work we had done. Maybe we British should make time to try this approach more often.

A good place to start regarding the values of an organisation is the annual report and mission statement; this should give you an insight into the shared aspiration of employees. Secondly, make an effort to understand the history of the organisation, how far it has travelled and obstacles it has had to overcome. It’s worth taking the time to get to know your colleagues and understand and respect their culture and the values they grew up with. In the UK, for example, it’s considered rude to interrupt someone and yet in some parts of Europe it is a sign that you are paying attention. I continue to rely on my typically British sense of humour along with a little sarcasm to find common ground when things get difficult.

David Livermore in his book Leading with Cultural Intelligence [2] describes cultural intelligence as the “capability to function effectively across national, ethnic, and organisational cultures”. He suggests a four step cycle to consider prior to each task:

There are in any workplace a range of individual personalities. It helps to understand what motivates individuals and their preferred personality type in the workplace. A diverse workforce is desirable, but certain professions do attract similar characters. David Merrill and Roger Reid in their book, Personal Styles and Effective Performance suggest that we “Value (and learn about) the differences” [3]. On joining a new organisation it is worth considering the culture of organisation alongside the individual personalities of your colleagues.

A strong culture can be characterised by employees sharing core values. Research suggests that the impact of this on employees is that it encourages a feeling of stability and organisational identity [4]. Try to become part of the new organisation and accept any cultural differences.

In conclusion, learn about your colleagues, continue to respect their values and beliefs and instead of trying to change the way people think and behave, focus on harnessing the benefits of cultural differences. I wear a bangle that reminds me of this. It simply says, ‘God grant me the serenity to accept the things I cannot change, the courage to change the things I can and the wisdom to know the difference’. 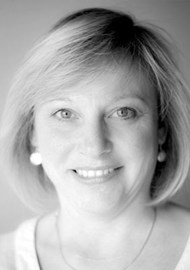