Teenagers are notoriously conscious of how they are perceived by others. Dr Saraiva and colleagues explain how this can lead to problems with substance abuse for both boys and girls, and discuss the different substances they may encounter.

Adolescence is a period of life where physical, psychological, cognitive and social changes occur. It’s a time of construction of an individual sense of self, an era of idealism, experience, and development of personal values. Body image is an internal representation of the individual’s external appearance and is not necessarily related with one’s real physical appearance [1,2]. It is multidimensional, and comprises cognitive, emotional, behavioural, relational and sociocultural aspects [1,2].

Bearing in mind that adolescence is characterised by biological, psychological and social changes [3], it is easy to understand that it represents a period of vulnerability in which one may develop a sense of dissatisfaction with body image. This happens mainly in girls with low self-esteem but can also affect boys [1,2,4,5]. Teenage boys are often concerned with getting and maintaining a muscular body and may use what are called ‘body image drugs’: anabolic steroids, food supplements and growth hormones.

Familial and social influences play an important role in adolescents’ perception of their bodies [1,4]. Parents and peers are important figures in the transmission of ideas, cultural beauty models and attitudes related to physical appearance, which are often associated with the dissatisfaction of young people with their body image [1,4].

In adolescence, physical image appears to be related to social acceptance [1,4], so illegal drugs can be used as a coping mechanism for teenagers whose body image may decrease self-esteem, in order to be accepted by peers or appear ‘cool’.

In this context, experimenting with substances is common and, in most cases, represents sporadic and non-pathological situations [6]. However, if the consumptions become frequent and have a significant impact on the personal, familial and social lives of young people [7,8], they constitute a problem prone to acquire abuse or dependence contours.

“There has been hardly any clinical research into NPS, and most of them are not detectable in common tests so very little is known about their psychopharmacological effects and their acute and long-term risks.”

The use of substances at an early age has been associated with increased durability and severity of consumption [9]. In addition, about 60% of adult drug users and 80% of adult alcohol and tobacco users began at, or below, age 18 [9]. This is even more important if we consider that substance use by teens and pre-teens brings immediate and long-term risks, both physically and psychologically [9].

The adolescent brain is still developing and the different neural circuits don’t mature simultaneously. On one hand, dopaminergic hyperactivation involved in reward mechanisms promotes greater sensitivity to immediate satisfaction and the pursuit of pleasure [10]. On the other hand, teens show greater difficulty in emotional regulation and behaviour, being naturally more impulsive and more likely to seek new sensations [6,8]. All these factors, associated with susceptibility to boredom (from which adolescents want to distance themselves) and with a variety of other individual, familial and environmental risk factors (Table 1), lead to an increased propensity for addictive behaviour [6,8].

Alcohol: Although a legal substance, it is used as a drug by many, either alone or in combination with other substances. The prevalence of alcohol use is about eight times greater than that of illegal substances [6]. Adolescents drink to socialise, celebrate and relax. The alcohol’s effect on youngsters depends on a variety of factors including the quantity and frequency of consumption, and the individual’s age, sex and health status.

Cannabis: It is the most consumed illegal drug across the world. The main psychoactive (mind-altering) chemical in both forms is delta-9-tetrahydrocannabinol (THC). It can be smoked alone or combined with tobacco, or eaten. When it is smoked it can cause chronic cough and frequent respiratory infections (especially when used combined with tobacco).

Cocaine: It is a powerful, addictive stimulant drug made from the leaves of the coca plant native to South America. It can be found as a white powder, freebase or crack. It gives the user energy, a feeling of happiness and overconfidence and the capacity to remain wide awake. Freebase and crack can be smoked, and powder cocaine can be inhaled. Both cocaine and crack can be prepared for injecting. As a long-term health effect (when inhaled), it can cause a loss of the sense of smell, nosebleeds and nasal damage (injury to the cartilage of the nose). It is also possible to find lesions of the vocal chords.

Heroin: An opioid drug made from morphine, a natural substance extracted from the seed pod of the Asian opium poppy plant. It is either a white or brownish powder, or a black sticky substance. It can be inhaled, injected or smoked. It causes relaxation but can also cause nausea and vomiting and a wide range of other health issues including problems with the heart, respiratory system, stomach, liver and kidneys.

MDMA (Ecstasy - 3,4-methylenedioxy-methamphetamine): A synthetic, psychoactive drug that has similarities to both the stimulant amphetamine and the hallucinogen, mescaline. It can be swallowed or inhaled. It lowers inhibition, making consumers act chatty and affectionate. It enhances sensory perception (colours and sounds become more vivid). It can cause confusion, depression, sleep problems and anxiety. It increases heart rate and blood pressure and can cause muscle tension, teeth clenching, nausea, blurred vision, faintness, chills, sweating and a sharp rise in body temperature.

Speeds: Substances that increase alertness and give confidence and energy but can also make one aggressive and provoke confusion and paranoia.

In the last few decades, new drugs have emerged. These substances are referred to in the literature as ‘novel psychoactive substances’ (NPS), but known as ‘smart drugs’ or ‘legal highs’ by users [11]. These substances, of natural or synthetic origin, are often intentionally created pharmacological analogues of compounds prohibited under current drug laws, such as amphetamines and cannabis, and sold as products ‘not for human consumption’ [11]. The novel substances are easily obtainable through the internet and ‘smart shops’ or ‘head shops’ [12]. NPS are used mainly by younger people (15-24 years old) and are associated with recreational consumption at weekends and parties [11].

“Although most individuals with addictive patterns begin their consumption in adolescence, only a small proportion become dependent.”

There has been hardly any clinical research into NPS, and most of them are not detectable in common tests [12,13]. Thus, very little is known about their psychopharmacological effects and their acute and long-term risks [14]. NPS are possibly responsible for serious physical and mental problems [11]. In fact, recent data indicates that some agents may be more harmful than their more stable ‘parent’ compound in terms of risk of dependency and overdose, and of long-term health impacts.

These drugs can be divided in to five main groups, based on their ‘parent’ compound: psychostimulants; those that mimic the effects of cannabis; those based upon benzodiazepines; those that produce dissociative effects similar to ketamine or phencyclidine; and those that are analogues of hallucinogens [14].

In addition to ‘old’ and ‘new’ substances and changes in body image, an important role is played by the anabolic steroids. These are drugs that are illegally used, by many athletes, to increase muscles and strength. They have many side-effects and, in women, a deepening of the voice may be present.

Longitudinal studies of adolescents demonstrate increases in substance use from early adolescence and decreases thereafter [6]. In fact, although most individuals with addictive patterns begin their consumption in adolescence, only a small proportion become dependent.

Some adolescents consume drugs in school facilities, and the majority of users state that the consumption has a social characteristic (integration in friend groups, at weekends, parties and night clubs) [6].

There has not been much clinical research into NPS [12,13] and very little is known about their psychopharmacological effects and their acute and long-term risks [14]. They are possibly responsible for serious physical and mental problems [11] and in terms of risk of dependency and overdose, and of long-term health impacts, they are worse than ‘old drugs’.

There is still a lot to discover about the long-term impact of the new substances. However, from what we know now, NPS consumption represents a huge risk for the development of the adolescent brain. So, it’s important to pay attention to the presence of risk factors in order to minimise them and, consequently, the use of substances among young people. 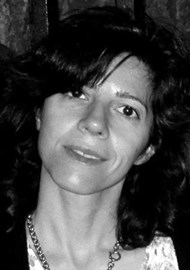 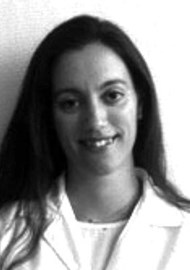 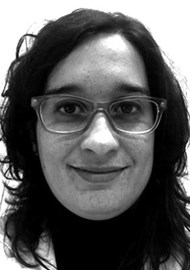 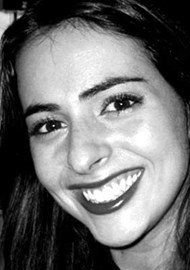 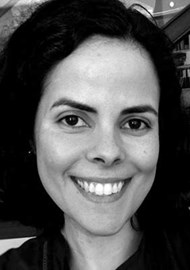