Professor Harold zur Hausen discovered the link between the human papilloma virus (HPV) and cervical cancer in the 1970s. His team developed an HPV vaccine in 2006 and Hausen was subsequently awarded the 2008 Nobel Prize for his work on HPV. Hausen’s work led to our understanding that patients infected with high risk HPV types 16 and 18 are at increased risk of developing cancer of the cervix, vagina, vulva, penis, anus, and oropharynx.

In the early 1980s it was suggested that HPV might play a role in the development of oral and oropharyngeal squamous cell carcinoma (OPSCC). Brandsma and Abramson were the first to report the presence of HPV-16 DNA in two of seven tonsillar SCCs using Southern blot hybridisation in 1989 [2]. In the USA, a retrospective analysis of clinical trial material demonstrated that 64% of OPSCC were HPV-associated.

It is now clear that the incidence of OPSCC has increased dramatically in recent decades in many developed countries, especially in younger men (<60 years). This has been shown in absolute numbers of OPSCC in countries including Australia, Canada, Japan, UK and USA. Retrospective archival material shows HPV prevalence rates of OPSCC ranging from 36% to >80%, although rates vary with geographical location and anatomical subsites [3,4].

“The projected figures for OPSCC in the UK indicate that by 2025, HPV will account for over one third of head and neck cancers diagnoses.”

The UK has seen a doubling of incidence between 1990 and 2006, with a further doubling between 2006 and 2010. The projected figures for OPSCC in the UK indicate that by 2025, HPV will account for over one third of head and neck cancers diagnoses, with over half of the projected cases being in people under the age of 60. It is likely that population-specific incidence rates of HPV-positive OPSCC are influenced by the prevalence of the genital HPV infection, sexual behaviour, and consumption of alcohol and tobacco.

The UK National Clinical Guidance and the Database of the Royal College of Pathologists recommends that assessment of the HPV status should be performed in quality assured laboratories. Currently p16 immunohistochemistry is recommended as a minimum test, preferably followed on by in situ hybridisation to confirm high-risk HPV DNA.

There are currently two types of HPV vaccination licensed in the UK: Cervarix® (GlaxoSmithKline) and Gardasil® (Merck). Cervarix® protects against HPV types 16 and 18, whereas Gardasil® offers protection against the four highest risk strains: HPV 6, 11, 16 and 18. Between 2008 and 2012, Cervarix® was used to vaccinate girls aged 13-17 years of age. Since September 2012, Gardasil® is being used for girls aged 12-13 years old in schools, along with a catch up programme for girls aged 13 to under 18 years. The use of quadrivalent vaccine used in the UK is aimed at the prevention of premalignant genital lesions and cancers of the cervix and anus related to HPV types 16 and 18, and genital warts related to HPV types 6 and 11.

The vaccination programme currently achieves >85% coverage of the target population. It has reduced the prevalence of HPV 16 and 18 in young, sexually active women (6.5% compared to 19.1% prior to vaccination). However, around a third of cervical cancers are caused by types of HPV other than HPV-16 and HPV-18 and will not be prevented by current vaccines. As the current programme includes follow-up for only five years, there is no knowledge as to how long immunity from vaccination lasts.

Although vaccination does reduce the prevalence of oral HPV infection, there is currently no direct evidence that vaccination will prevent OPSCC. Nevertheless, it is reasonable to anticipate that reduced prevalence of anogenital HPV in women and herd immunity will ultimately be reflected in reduced incidence of OPSCC. It is not expected that this will benefit men who have sex with men (MSM) or heterosexual men who have sex with women from unvaccinated populations. Thus, strong arguments exist to extend the vaccination programme to include boys.

In 2015, ENT UK joined HPV Action (HPVA), a collaborative partnership of 44 patient and professional organisations that are working to reduce the health burden of HPV. HPVA are delivering an advocacy campaign that aims to achieve gender-neutral HPV vaccination. This means that all boys and girls will be routinely offered vaccination against HPV at the age of 12 to 13. HPVA believes that boys should now be included in the programme for the following reasons:

The JCVI is considering an additional vaccine - Gardasil 9 - a 9-valent vaccine offering additional protection against HPV types 31, 33, 45, 52 and 58. Gardasil 9 was initially granted a licence for a three dose schedule in June 2015 (likely to be cost-prohibitive in the UK). However, its use under a two dose schedule in adolescent girls has been shown to be safe and effective. A one dose schedule is being assessed in current epidemiological and modelling studies, particularly addressing whether it will offer long-term protection which would be cost-effective and safe.

The JCVI have noted that “modellers at the University of Warwick had estimated that the 9-valent vaccine could eventually prevent an additional 300 cervical cancer cases a year if the programme switched to using this vaccine. These cases would be in addition to the cases of cervical cancer predicted to be eventually prevented by the programme using the quadrivalent vaccine” [6]. The 9-valent vaccine is likely to be the preferred option by the JCVI, given the additional protection offered.

“The vaccination programme currently achieves >85% coverage of the target population. It has reduced the prevalence of HPV 16 and 18 in young, sexually active women (6.5% compared to 19.1% prior to vaccination).”

The JCVI is awaiting the results from ongoing work that will assess the impact of the HPV vaccination of adolescent boys. Modelling by the University of Warwick has suggested that vaccination of adolescent boys under a two dose schedule would be highly unlikely to be cost-effective if a gender neutral programme was introduced in the near future. The results showed that the threshold price for the vaccine (willingness to pay) at which a boy’s programme would be cost effective was close to zero with confidence intervals that included zero.

Warwick had also conducted an uncertainty test which showed that it was highly unlikely that extending vaccination to boys would be cost-effective. The JCVI plans to complete the work on a two dose gender neutral vaccination programme prior to consideration of a one dose programme. Also, the vaccine patent is due to expire in the near future. It is anticipated that cheaper alternative vaccines from Asia will likely become increasingly available following this.

Hannah Fox is currently the Head and Neck Surgical Oncology Interface Fellow at the Freeman Hospital, Newcastle upon Tyne. Prior to this, she trained in the Wales Deanery. She is pursuing a career in head and neck surgery, with particular interests in transoral / minimally invasive surgical techniques, improving long-term functional outcomes for patients, and head and neck surgical education during higher training.

Vin Paleri’s clinical practice is almost entirely devoted to benign and malignant diseases of the head and neck. He is one of the few surgeons in the UK with expertise in transoral robotic surgery and transoral laser microsurgery for head and neck cancers. Vin has accrued the largest experience in transoral robotic surgery in the UK. He has published over 140 papers, reviews and book chapters on head and neck oncology and co-edited the fourth and fifth editions of the UK National Head and Neck Cancer Multidisciplinary Management Guidelines. 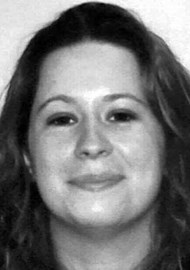 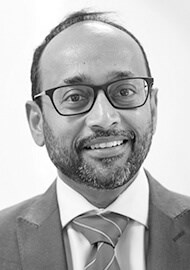