Audiological evaluation and management of teenagers with tinnitus
By Brian Fligor

There is a growing interest in investigating, understanding and managing tinnitus in children and adolescents, with several articles on the subject published in journals over the last year. Brian Fligor describes the approaches to consider when discussing tinnitus with teenagers.

Chronic subjective tinnitus is a challenging area for hearing health professionals, given the wide range of causes, uncertainty in the optimal approach for managing the tinnitus, and high rate of comorbid psychological conditions such as anxiety and depression.

When the patient with tinnitus is an adolescent, the potential challenges for management grow substantially. Tinnitus has been broadly defined as the perception of noise in the ears or head in the absence of an external sound source. While objective tinnitus (such as from vascular anomalies or palatal myoclonus) can occur, the vast majority of tinnitus is subjective.

Tinnitus is a symptom, rather than a disease. It is occasionally associated with an active disease (such as Meniere’s disease, viral labyrinthitis, or vestibular schwannoma), but is more often associated with noise exposure, hearing loss (congenital or acquired), or temporary middle or external ear dysfunction. In children and teenagers, common causes of permanent, bothersome tinnitus include noise exposure (recreational or occupational), chemotherapy or other ototoxic medications, and sudden sensorineural hearing loss (such as from viral labyrinthitis and autoimmune inner ear disease).

According to the American Tinnitus Association (www.ata.org), roughly 50 million people in the United States have chronic subjective tinnitus (15% of the US population) and 20 million (6% of the US population) have tinnitus that has a negative impact on quality of life. The British Tinnitus Association (www.tinnitus.org.uk) reports a similar number of people (10% of the population of the UK) have bothersome tinnitus.

Rosing, et al, conducted an extensive review of the scientific literature and reported a wide range of prevalence estimates of tinnitus in children and adolescents: 6-41.9% [1]. Of those children and adolescents with tinnitus, the rate of ‘troublesome’ or ‘bothersome’ tinnitus was also broad (0.6-49.2%); methodological differences between studies contributed to the wide range. Gilles, et al, surveyed 3892 high school students in Belgium and found that 74.9% had noise-induced temporary tinnitus, and 18.3% had permanent noise-induced tinnitus [2]. Reasonably, some number of those with permanent tinnitus (be it noise-induced or from another cause) will have emotional reactions to the sensation of tinnitus that negatively impacts quality of life.

As is the case with adults, permanent, bothersome tinnitus has the most significant impact on the teenager’s ability to achieve or maintain sleep or concentrate on tasks. Similar to adults, comorbidities with troublesome tinnitus in teenagers are clinical anxiety and / or depression; but, the management of these mental health problems is particularly challenging in teenagers. The specific cognitive and hormonal changes occurring during adolescence makes tinnitus reaction, and the often accompanying anxiety or depression, particularly difficult.

Changing sleep patterns in teenagers include falling asleep much later at night and waking up much later the next day than younger children or adults. The sleep disturbance from tinnitus combined with the early start on school days can rapidly lead to sleep deprivation. The relatively slower cognitive development of executive function relative to the emotion, memory and appetite dictated by activity of the limbic system influences how cognitive behavioural therapy might be incorporated into a behavioural health management plan.

Finally, teenagers are particularly susceptible to disconnect from reality and engaging in inappropriate risk-taking behaviours. This distorted relationship with reality and with consequences of one’s actions was partly explained by Elkind when he described the ‘Personal Fable’ of adolescents [3]: a teenager constructs an egocentric fable including an “imaginary audience” (he or she is the centre of attention, both negative and positive), in which he or she is unique and special (‘no one else has ever felt or experienced the things I do’), and where he or she has some measure of invincibility (‘consequences of known risks do not apply to me’). The inward-facing nature of a negative reaction to chronic, subjective tinnitus coupled with the ‘Personal Fable’ results in a teenager engaging in unhealthy repetitive thoughts who can be very difficult to reach.

In addition to the standard immittance and audiological evaluations (including pure-tone air-conduction and bone-conduction audiometry and word recognition score), a detailed case history specific to tinnitus should be taken and a tinnitus severity inventory (such as the Tinnitus Functional Index [4]) administered. Quite often, the audiological evaluation will supplement the medical examination in helping to determine an underlying cause and / or an active disease process.

As is the case with adults with tinnitus, any active disease process (such as autoimmune disorder) must first be medically managed before management of the sensation of tinnitus itself. It is possible that the time duration of medical management is unknown and the adolescent’s life is disrupted by the tinnitus; in such circumstances, there is, as would be expected, reasonably overlap between the completion of medical management and the initiation of tinnitus reaction therapy.

While tinnitus severity inventories were validated with adult patients, their use is still with merit, and may only require slight modification to the wording of certain questions, to be applicable to a teenager. The level of severity of a teenager’s reaction to his or her tinnitus is, in the end, self-report. The criteria for ‘clinically significant tinnitus reaction’ or varying levels of severity of tinnitus reaction, can be applied to teenagers with the same cut-off scores as for adults. If the tinnitus is having a catastrophic impact on the teenager’s quality of life, appropriate interventions should be taken, just as one would with an adult patient.

As noted, medical evaluation and interventions for active disease should occur first, but not as an excuse to postpone audiological management of tinnitus. Too often, people with chronic tinnitus are told by well-intentioned clinicians ‘there’s no cure, so you’re going to need to learn to live with it.’ While this statement is technically true, it communicates a hopelessness to the person with tinnitus and reinforces the repetitive negative thoughts that are at the heart of the tinnitus suffering. A more effective statement would be ‘while there’s no cure, there are several approaches that can be taken to improve your experience with the tinnitus.’

A multidisciplinary approach to tinnitus management yields the most effective results. Some of the complementary roles in a multidisciplinary team would include, at a minimum, otolaryngology, audiology, psychology, and psychiatry. Clinicians who have limited experience managing tinnitus and do not have an established network of professionals in complementary disciplines should identify a programme to which patients can be referred.

“A hallmark of tinnitus management is helping the patient understand that his or her perception of the sensation of tinnitus is separate from his or her reaction to that sensation.”

Some of the most important tools in the tinnitus management tool chest include sound therapy (to lessen the perception of tinnitus), stress reduction, sleep hygiene, anti-anxiety / antidepressant medications, and cognitive behavioural therapy. Patients with tinnitus should avoid quiet, to lessen the stark contrast between the tinnitus and silence. Sound enhancement that is therapeutic can take on almost any form (from a sleep-promotion software app to ear-level combination tinnitus masker / hearing aids) so long as the sound the patient hears is preferred to the sound of the tinnitus. If the masking noise is as annoying as the tinnitus, it will not reduce the stress associated with tinnitus perception.

Stress management includes improved coping strategies developed through cognitive behavioural therapy, exercise, and mindfulness-based stress reduction. Each of these approaches to management of tinnitus reaction, as well as sleep hygiene and medications, can be applied to teenagers. Impressively, on occasion, when a patient with tinnitus no longer cares that he or she can hear their tinnitus (i.e. when their reaction to the tinnitus has habituated), he or she tends to stop noticing that the tinnitus is there (their perception of the tinnitus can habituate).

As with many medical conditions that are managed, rather than ‘cured’, the goals of tinnitus therapy should be set with reasonable expectations. The teenager’s quality of life can improve without the tinnitus having to be cured. Given the complexity of tinnitus suffering and the developing teenage brain, a multidisciplinary team approach is most effective at addressing the needs of this particular population.

A recorded presentation supplementing this article, including several case examples of teenagers with bothersome tinnitus, is available at
www.audiologyonline.com/audiology-ceus/
course/tinnitus-management-with-teens-27814

Declaration of competing interests: Brian Fligor has been given an honorarium by audiologyonline.com for presenting ‘Tinnitus Management with Teens’ and for organising ‘Summer Webinar Series – Tinnitus’ (July 2016). Brian was an expert witness in 2008 in a civil lawsuit involving a litigant who claimed he had tinnitus, resulting from attendance at a loud rock concert. 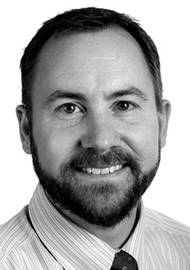