Congenital CMV is the leading non-genetic cause of sensorineural hearing loss in children. Keith Trimble draws our attention to this and gives a comprehensive guide on diagnosis and treatment.

Congenital cytomegalovirus (cCMV) infection is common, affecting 1% of all newborns, and is the leading non-genetic cause of sensorineural hearing loss (SNHL) in children. The condition has a number of unique characteristics which should be familiar to anyone involved in diagnosing young children with SNHL. cCMV in a neonate occurs when a pregnant mother is exposed to CMV for the first time in early pregnancy or has reactivation or reinfection with CMV, leading to in utero transmission to the developing foetus.

Ninety percent of infants born with cCMV have no external stigmata of infection (asymptomatic) and 10% of affected infants do have clinical signs (symptomatic); these include intrauterine growth retardation, microcephaly, petechiae, thrombocytopenia and abnormal brain imaging. Neurocognitive sequelae include severe neurological deficits and deafness. Without screening at birth, asymptomatic infants will escape detection; the significance of knowledge of asymptomatic congenital infection relates to possible late-onset hearing loss and developmental problems.

The characteristics of hearing loss in cCMV are peculiar, commonly associated with unilateral, but also bilateral, SNHL and fluctuation or progression with severity ranging from mild to severe. A 2007 10-year prospective study of universally screened newborn infants in Brussels identified with cCMV showed 20% developed SNHL [1]. In 2017, the Congenital Cytomegalovirus Longitudinal Study Group reported prognosis for infants with SNHL at birth; there was delayed onset and progression of SNHL in infants with asymptomatic cCMV throughout childhood. Children with unilateral SNHL at birth also had a high incidence of delayed onset SNHL in the unaffected ear [2]. In 2015, Bernard et al from Paris studied 48 children with cCMV, hearing loss and abnormal vestibular test results, which were attributed to neurological and vestibular impairment associated with cCMV [3]. Vestibular impairment should certainly be considered when examining the older, clumsy child, although children with cCMV-related microcephaly and developmental delay will also have central causes for impaired mobility and clumsiness.

“Congenital CMV is one of the few childhood conditions where early identification allows timely treatment which may prevent progression of SNHL."

Although a neonatal screening programme for cCMV is not available in the UK, Ontario province and Utah state have implemented a targeted cCMV screen on the dried blood spot test or saliva at time of referral to paediatric audiology for diagnostic testing from the Infant Hearing Program. Most paediatric ENT services in the UK will have standard operating procedures for CMV PCR saliva or urine testing at time of appointment for diagnostic ABR from the Newborn Hearing Screening Program. Although there may be delay in arranging a paediatric otolaryngology appointment following diagnosis of SNHL, this should not hinder audiology and paediatric ENT nursing arranging urgent CMV PCR on saliva swabs or urine pad samples.

Congenital CMV is one of the few childhood conditions where early identification allows timely treatment which may prevent progression of SNHL. A positive result should trigger urgent ENT/paediatric review to discuss anti-viral treatment with an end-point of reduced hearing loss or reduced neurological disability. Urine or saliva sampling from the child for CMV PCR is required before the age of three weeks as, thereafter, CMV infection may be acquired rather than truly congenital. When the infection occurs postnatally, the clinical consequences are usually trivial. Valganciclovir oral treatment is recommended for symptomatic children with CMV and should be discussed with the parents in the days or weeks after diagnosis to attempt to prevent further loss of hearing. An infectious diseases paediatrician should be enrolled to facilitate administration and monitoring for neutropenia.

“Children with unilateral SNHL at birth had a high incidence of delayed onset SNHL in the unaffected ear.”

In 2015, Kimberlin et al reported a randomised, placebo-controlled trial of oral valganciclovir therapy in neonates with symptomatic congenital CMV disease, comparing six months of therapy with six weeks [4]. Hearing in one or both ears was more likely to remain stable or improve at 12 months when the longer course of oral therapy was administered. However, a significant reversible neutropenia occurred in 20% of patients. A multicentre, double-blind, placebo-controlled evaluation of oral valganciclovir treatment in children with congenital CMV infection and hearing loss is now recruiting until 2019, headed up by the University of Alabama. The primary outcome variable is hearing status at six months following a six-week course of oral valganciclovir; the results of this trial will help to establish the role of valganciclovir.

Paediatric ENT surgeons should be familiar with British Association of Audiovestibular Physicians’ guidelines for investigation of permanent childhood hearing impairment [5]. CMV testing features prominently in identifying SNHL in newborns and in older children when the parents give consent for CMV PCR analysis of the historical dried blood spot test. It seems inevitable that in future, rapid cCMV testing will either be incorporated into the National Hearing Screening Program at time of AABR ‘refer’ or, more conveniently, at time of diagnostic ABR within paediatric audiology to expedite a treatment discussion with paediatric medicine. There are many unanswered questions for public health regarding consideration of universal screening, implementation of separate salivary testing alongside the heel prick test, provision of resources to counsel parents of infants with asymptomatic cCMV, and deciding the frequency of follow-up of asymptomatic infants with normal hearing tests. Identifying large numbers of asymptomatic children with cCMV would impact on workforce planning for paediatric audiology, who would be required to arrange surveillance testing of normal hearing children, most of whom would never develop hearing loss in the long term.

“When the infection occurs postnatally, the clinical consequences are usually trivial.”

In Belfast, the demographic among paediatric audiology is exclusively female and the implications for CMV seronegative women of reproductive age needs discussion. Educational campaigns for frontline staff involved in electrical response audiometry and behavioural testing in young infants should include frequent handwashing and awareness of mode of CMV transmission, which is shed in large amounts in the saliva of affected babies. Although CMV vaccines are under clinical development to prevent disabling congenital infection, none are likely to be available soon. 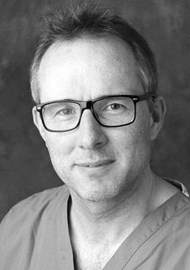