We have known about altered metabolism in cancer cells since Otto Warburg described it 97 years ago. But can we take advantage of this knowledge in curing cancer? Jim Higginson explains the value of smoke generated during cancer surgery.

The ideal head and neck cancer operation would identify and remove every abnormal tumour cell whilst leaving all normal tissue intact. By integrating transoral robotic surgery (TORS) with ambient mass spectrometry, we are moving closer to this goal.

Reducing the morbidity of head and neck surgery

During surgical removal of malignant tumours, a surgeon must balance the need to remove tumours in their entirety with the need to minimise damage to nearby normal structures. In head and neck surgery, this balance is particularly hard. Tumours can develop close to structures that profoundly affect the ability to speak, swallow, chew, or have normal social interaction if damaged during surgery. 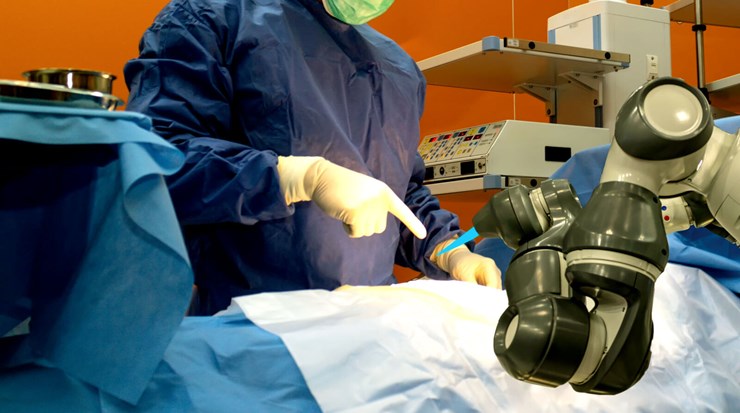 The last decade has seen the introduction of TORS, which promises to deliver better quality of life for patients after surgery, by allowing surgery through the open mouth. Surgical robots are equipped with miniaturised surgical tools, mounted on multi-jointed arms. This offers a degree of precision and flexibility of movement that cannot be achieved using conventional surgical instruments. Surgeons can use this approach to perform surgery without the need for large incisions to access the area of concern. This means less pain, less time in hospital, and faster return to a more normal diet.

TORS is limited by the risk of positive margins

However, there are limitations to robotic surgery: one important concern is TORS may increase the risk of leaving cancer cells behind. Currently, tumour resections are planned based on the appearance of the tumour, the results of preoperative imaging such as CT/MRI, and the ‘feel’ of the tumour during the operation. During TORS, the surgeon operates the robot at a distance from the patient, meaning that they no longer have the tactile, kinaesthetic feedback from the tissues. This limits their ability to judge the extent of tumours, and increases the risk that the tumour will be resected with positive margins. If any portion of the tumour is left behind, there is a high risk that this cancer will recur, even if the patient has subsequent adjuvant chemoradiotherapy. At present, this is detected and assessed by the postoperative histopathology, which can take two or three weeks. The surgeon cannot use this information to alter their surgery at the time.

Reducing the risk of positive margins

Existing strategies that aim to reduce the risk of positive margins are unsatisfactory. The most commonly used strategy is for the surgeon to take samples during surgery and send them for analysis during surgery. This is known as frozen section. Frozen section is expensive and time-consuming, and because it relies on the surgeon’s subjective judgement in selecting a few small areas for analysis, it is unreliable. Evidence suggests that it does not offer a clear survival benefit in head and neck cancer.

Ideally, the surgeon would obtain feedback throughout the resection. This way, there would be no need to choose small areas for analysis, as results would be given at all times. The surgeon could be warned immediately if their resection included any malignant cells, allowing them to adjust and take a larger margin at this point.

Rapid evaporative ionisation mass spectrometry (REIMS, or the iKnife) shows great promise for being able to deliver real-time detection of cancer margins. It does this by detecting characteristic cancer signatures in the smoke produced as a byproduct of surgery.

The rapidly multiplying cells within a tumour consume a huge quantity of nutrients to support their growth. In addition, tumours often grow so quickly that they are unable to stimulate growth of new blood vessels fast enough to deliver the required nutrients. The cancer cells alter their metabolism to make the best use of available nutrients. As a result, the typical composition of metabolic components in cancer cells is greatly different from that of normal cells. This means that cancer has a characteristic ‘metabolic fingerprint’, which can be exploited to provide rapid feedback on the location of cancer during surgery.

The iKnife exploits these differences to provide instant feedback to the surgeon during cancer surgery. Surgical energy devices, such as electrocautery or lasers, are routinely used to reduce bleeding during surgical dissection. As a byproduct, they generate a plume of smoke that is usually removed using suction. This ‘smoke’ is in fact a complex bioaerosol, containing fragments of cells that were exploded by the surgical energy device. The components of this bioaerosol reflect the make-up of the tissue of origin. As a result, the distribution of metabolic components in smoke obtained when dissecting through tumour tissue is significantly different from the distribution obtained from normal tissue.

To detect these differences, The iKnife aspirates the bioaerosol into a mass spectrometer. Within a few hundred milliseconds, data is returned in the form of a mass spectrum. This spectrum provides information about exactly what molecules are in the smoke, and in what quantity. (video: www.youtube.com/watch?v=rPXuXVJQeMw)

By building up a database of spectra in the laboratory from samples of known cancer and normal tissue, we can train a predictive algorithm to identify the characteristic range of features that distinguish cancer based on the surgical aerosol. Using this approach, the algorithm can distinguish malignant from normal signal, even if not every feature is present or altered. In addition to distinguishing cancer from normal, the precision of the analysis allows us to establish the exact fingerprint of the cells, and identify potential targets for treatment [1].

“In laboratory testing, we were able to discriminate between smoke from a head and neck tumour and normal tissue with 97.7% accuracy”

Once this database has been validated, it is ready to use in operations to make decisions. The smoke generated during an operation is compared second-by-second with the database. The expectation is that the signal will always be normal if the surgeon is attempting to remove the tumour in one complete piece. If the computer detects a signal that it thinks is positive, the surgeon is warned, allowing them the opportunity to revise the margin at that exact point.

The state of research: ongoing at RMH

For the first time, our team of researchers at Imperial College London and the Royal Marsden Hospital are combining REIMS with TORS for patients with head and neck cancer. In laboratory testing, we were able to discriminate between smoke from a head and neck tumour and normal tissue with 97.7% accuracy. We are confident that we can replicate these results during real operations. To assess the practicality of this approach, we have opened a feasibility trial at the Royal Marsden Hospital. We are looking to ensure that the predictive model works as well in living patients as in laboratory conditions. We also want to ensure that we optimise the working protocols to make the technology as reliable as possible to use in real clinical practice.

To begin with, we are only recruiting patients with oropharyngeal cancer after previous radiotherapy. This ensures a consistent group of patients in the trial. These patients are unlikely to be able to have further radiotherapy and, thus, are most likely to benefit from precision-guided resection using REIMS. Our early results have been very promising, but we are still actively recruiting at the time of writing.

For more information, or if you would like to discuss referring a patient for involvement in this trial, contact the author, or the International Center for Recurrent Head and Neck Cancer (IReC): IREC@rmh.nhs.uk 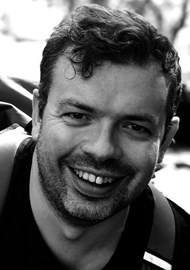