Setting up a robotic surgical practice: view from India
By Gouri Pantvaidya and Ameya Pai

Transoral robotic surgery has an established role in head and neck cancer surgery. But how easy is it to set up a service in a resource-constrained environment? Gouri Pantvaidya and Ameya Pai give us a view from the Indian subcontinent.

Functional organ preservation is the new norm in surgical oncology, and the advent of robotic surgery has made it possible to provide the same for certain head and neck cancers. Robotic surgery, especially transoral robotic surgery (TORS) for early oropharyngeal cancers, has shown to achieve good disease outcomes with low morbidity.

Robot-assisted thyroidectomy and skull base surgeries are other avenues for use of the robot in head and neck practice. However, setting up a robotic practice in developing countries like India has been a challenge. In this write- up, we aim to look at the various issues in setting up robotic surgery in resource constrained settings and the need to modify and choose appropriate indications for robotic surgery in such settings.

The efficacy and oncologic safety of TORS has been proven for early lesions of the oropharynx, supraglottis and the hypopharynx [1]. Ease of visualisation, superior maneuverability, safer surgical dissections around vital structures, and early and predictable return to normal function are the main advantages of using TORS. The largest reported patient cohorts for TORS are patients with human papilloma virus (HPV) positive oropharyngeal cancers. These patients are known to have better prognosis and outcomes [2]. The aetiology of the Indian cohort of head neck cancer patients is mainly tobacco, with HPV prevalence as low as 20% [3]. These HPV-negative patients usually present with advanced stages, have poorer prognosis and are not amenable for TORS. The standard of care for such patients is usually non-surgical, with a combination concurrent chemotherapy and radiotherapy (CTRT). Even if the primary cancer is amenable to TORS, because of the advanced nodal stage, most patients will receive adjuvant CTRT after a TORS resection. Trimodality treatment (TORS+ CTRT) may be financially and toxicity-wise difficult to implement in the Indian population. Also, this trimodality treatment has shown to have poor functional outcomes [4]. 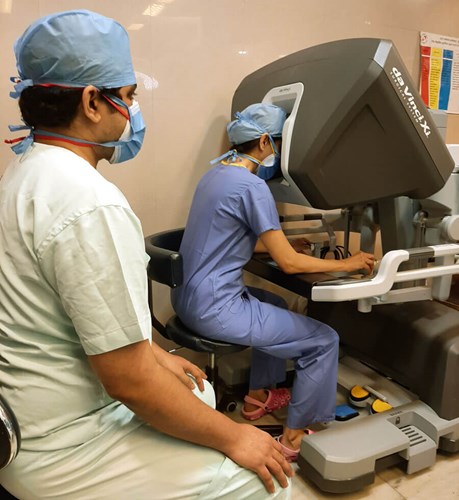 However, salvage surgery for small residual or recurrent lesions which are amenable to TORS could be a viable indication for robotic surgery in India. Patients who have completed CTRT and have small residual cancers/small recurrences may be considered for TORS. Surgery in this setting would be the only possible treatment option and would normally require morbid open surgical procedures. However, the data for using TORS in the recurrent setting is still immature and two centres from India are part of a large multicentric study looking at the outcomes of TORS for recurrent tumours of the upper aerodigestive tract (ClinicalTrials.gov Identifier: NCT04673929).

“The aetiology of the Indian cohort of head neck cancer patients is mainly tobacco, with HPV prevalence as low as 20%”

Routine TORS procedures cost approximately $5000-6000 in a private hospital set-up in India. These costs are reduced substantially in a government-aided setup where the cost for the same surgeries may be streamlined to $3500-4000.

In India, 70% of healthcare expenses are met by out-of-pocket expenditure by the individual. The cost-effectiveness of TORS as compared to established modalities of treatment of early oropharyngeal cancers needs to be proven prior to its widespread acceptance in developing countries.

The hardware for robotic surgery, which includes the robotic surgical cart and the surgeon console, is bulky and heavy. These systems need large operating rooms for free movement of the consoles and the robotic arms. In a country like India, obtaining a dedicated large operating room in a hospital complex is in itself a challenge. To add to it, the high initial capital expenditure and recurring costs for robotic instruments have made the robotic technology challenging to use for most hospitals in India. This has severely limited the widespread use of robotic surgery in India.

Despite the challenges, there has been a good use of robotic surgery in India, with over 30 centres and 59 head and neck surgeons performing robotic surgeries with good outcomes, even in an HPV-negative population [6].

India has embraced the robotic technology, however its use in head and neck cancers is still in its infancy. This is not because of the lack of utility of the technology, but rather a combination of an inappropriate patient cohort and lack of cost-effectiveness data as compared to conventional modalities of treatment, in a system where healthcare expenses are borne by individual patients and their families. 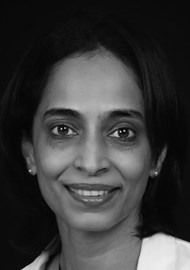 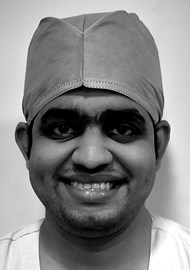