Electronic nicotine delivery systems (e-cigarettes): what you need to know
By Sneh Biyani and Craig Derkay

As an aid to stopping smoking e-cigarettes may have a role, but they are heavily promoted by industry as a leisure pursuit and desirable fashion accessory. Sneh Biyani and Craig Derkay gives a thorough account of what we know about the health risks, and in truth, we need to know much more.

Several variations of these devices exist, including e-cigarettes, electronic hookah, personal vaporisers, and cloud-chasing vaporisers. Collectively, these devices are therefore referred to as electronic nicotine delivery systems (ENDS). They resemble traditional tobacco-containing cigarettes in both their appearance and their method of nicotine delivery. The appeal lies in the delivery of high concentrations of nicotine without risk of the fumes associated with combustion of tobacco. At the same time, use of electronic cigarettes satisfies the oral urge associated with the act of smoking.

These products are marketed as a safer alternative to traditional tobacco use and an adjunct for smoking cessation. Controversy regarding electronic cigarettes, particularly in the young population, is rising as use of this product increases. Proponents advocate use of ENDS as a tool for smoking cessation, citing their lower toxicity when compared to combustible tobacco. Others share concerns regarding the lack of healthcare data, influence on the paediatric population, concern for use of both traditional cigarettes and electronic cigarettes together, and lack of current regulation.

Electronic cigarettes do not require combustion, nor do they contain many of the carcinogens found in traditional cigarettes; therefore both active use and secondhand exposure are expected to be less toxic. However, given the recent introduction of these products into the market, long-term health effects are unknown and investigations are ongoing.

“Data suggests that in the young adult population, use of electronic cigarettes may actually increase risk of traditional cigarette use, rather than discourage it.”

E-cigarette liquid is aerosolised to produce a vapour, which is then inhaled. The liquid most commonly contains nicotine, propylene glycol, glycerin, water and, frequently, flavourings. The nicotine content within these devices and contents of the resultant vapour varies between brands and even within the brands themselves. Flavourings are another additive commonly found in electronic cigarettes, many of which are derived from flavourings used in food. This introduces yet another unknown variable in the health and safety of these products, in which more research and studies are needed.

Nicotine itself is highly addictive with known deleterious effects, including adverse cognitive behavioural outcomes in children and negative stresses imposed on the cardiovascular systems. Toxicity from nicotine can result from ingestion, inhalation, or absorption through skin and mucous membranes.

Inadvertent exposures to the liquid nicotine contained in the cartridges of ENDS have become an increasing problem. From January 2012 to April 2015, the rate of paediatric exposure to e-cigarettes has increased from 14 monthly exposures to 223 monthly exposures. Electronic cigarettes accounted for 14.2% of all tobacco and nicotine product related exposures during this time period. What’s more, children who were exposed to electronic cigarettes had a 2.6 times higher odds of having a severe outcome when compared to traditional cigarettes [1].

A systematic review of health consequences of ‘vaping’ associated with electronic cigarettes pointed out the deficiencies in present research and felt that no hard conclusions could be drawn regarding the safety profile of these products. Similarly, in a Cochrane review regarding the efficacy of electronic cigarettes in assisting with smoking cessation, a meta-analysis of the data confirmed the lack of data in this newly emerging field [2].

ENDS in the adolescent population

Adolescence is known to be a high-risk time for beginning use of tobacco products. In fact, 80% of active adult smokers began to smoke before the age of 18. According to the Center for Disease Control’s (CDC) most recent data, 4.7 million middle and high school students in the USA are estimated to use tobacco products, with ENDS being the most commonly used tobacco products with the lowest perceived health risk. Use of ENDS in this paediatric patient population has dramatically increased: from 2011 to 2015, use of ENDS has increased from 1.5% to 16% in high school students and 0.6% to 5.3% in middle school students [3]. ENDS use has been associated with progression to traditional tobacco smoking among teenagers [4]. Data suggests that in the young adult population, use of electronic cigarettes may actually increase risk of traditional cigarette use, rather than discourage it. With this in mind, an obvious concern arises. Will electronic cigarettes serve as a gateway to tobacco use and abuse?

ENDS have reached an estimated $2.5 billion dollars in sales in the USA as of 2015. Advertising expenditure has vastly increased from $6.4 million in 2011 to $115 million in 2014, with estimates that two thirds of middle and high school students (>18 million students) were exposed to ENDS advertisements from at least one source.

Decades ago, tobacco advertisements were found to be associated with increased tobacco use in youth, and as a result, advertisements for cigarettes have been banned. Marketing for electronic cigarettes, on the other hand, is broad and done through various platforms. Advertisements are filled with themes of independence and glamour, de-stigmatising smoking and associated tobacco-related products. Television e-cigarette commercials reach an estimated population of 24 million youths, with a dramatic increase in exposure to TV ads between the years 2011 and 2013, while the internet offers an additional route for advertising and exposure.

Liquid contained within cartridges for electronic cigarettes is available in various ‘delicious’ flavours. These range from more traditional flavours such as menthol or tobacco, to more youthful flavours such as ‘My Birthday Cake’ or ‘Tutti Fruti Gumballs’, with 81% of youth citing appealing flavours as their primary reason for using e-cigarettes.

Despite being on the US market since 2007, ENDS have only recently fallen under federal regulation. This has been at the centre of a national and worldwide debate.

The American Academy of Pediatrics (AAP) has issued a policy statement calling for local, state and federal regulation regarding ENDS [5]. This includes recommendations for paediatric practitioners, including:

The AAP also advocates for increasing the minimum age for sale of tobacco products including ENDS to 21, referred to as the ‘Tobacco 21’ laws. They argue that this is necessary since 80% of smokers began smoking prior to age 18, while adolescence is a period in which people are particularly susceptible to the addictive nature of nicotine. Public opinion surveys have demonstrated that the majority of Americans, smokers and non-smokers alike, are in support of this proposed rule.

“Liquid contained within cartridges for electronic cigarettes is available in various ‘delicious’ flavours including ‘My Birthday Cake’ or ‘Tutti Fruti Gumballs’, with 81% of youth citing appealing flavours as their primary reason for using e-cigarettes.”

The European Commission released key changes regarding sales of tobacco products within the European Union in 2016. Specific to ENDS, nicotine content within these devices will be regulated and must be packaged in a child-resistant and spillage proof fashion. Health warnings and labels will be mandatory and ENDS data will require monitoring and reporting of device-related hazards [6]. Also in 2016, the FDA has issued a ‘final rule’ in which all tobacco products including ENDS will fall under federal regulation [7]. These regulations include oversight of all manufacturers of ENDS and ‘Vape Shops’ which sell liquids, regulations over product packaging and imports and exports of vaping products, and perhaps most importantly, banning sale of these products to children under 18.

While national regulation is certainly a landmark in the recent debate, many argue the need for more. The FDA regulations do not include rules regarding flavouring of ENDS, nor do they include regulations over childproof packaging. The FDA notes in their final rule that they acknowledge controversies regarding these topics, and plan for staggered legislation over the upcoming years.

Despite an abundance of literature related to adverse implications of secondhand smoke in paediatric patients, otolaryngologists have room for improvement in counselling patients and parents against secondhand smoke. Concerns regarding electronic cigarettes lie in the potential for electronic cigarettes to lead to tobacco use in adolescents, lack of quality control, and possible unknown ill health effects of vapour exposure.

Federal regulation of electronic cigarettes is necessary to help standardise the product, improve research deficiencies, and oversee use in the vulnerable paediatric population. In doing so, we can maximise the potential for electronic cigarettes to aid in tobacco cessation, while minimising adverse outcomes.

Sneh Biyani is a resident physician, class of 2017 in the Department of Otolaryngology - Head and Neck Surgery at Eastern Virginia Medical School in Norfolk, VA. She was born in India and raised primarily in Sylvania, Ohio. She completed a six year accelerated BS / MD programme through Kent State University and Northeastern Ohio Universities College of Medicine, and graduated from medical school in May of 2012. 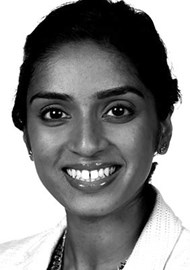 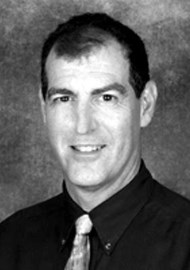