Children require clear speech at levels far exceeding the environmental noise and reverberation for optimum listening and learning. However, the combined effects of reverberation, attenuation of the important signal due to distance, and interfering noise in many real-world environments are not ideal [1].

Use of wireless remote microphones can help compensate for poor listening environments. The benefits in terms of improvement in language acquisition, speech understanding, and the implications for academic performance are well-documented. Nevertheless, it is also a common observation that hearing impaired teenagers may resist using their remote microphone systems. In fact, they may stop using them altogether. This presents quite a dilemma for their parents, teachers, and audiologists. On one hand, the use of this assistive technology can provide the best possible conditions for learning. On the other hand, children’s reasons for disuse of the assistive technology are valid for them and should be taken seriously.

Barriers to use of remote microphone technology

Why would teenagers stop using something that can help them to such a great extent? One survey that investigated reasons for resisting frequency modulation (FM) usage included responses from parents, teachers, audiologists, support personnel and students aged 8 to 18 years [1]. Each group indicated reasons why children would resist or fail to use FM systems. There was agreement across the groups surveyed that ‘social’ reasons were the most prominent for resisting use of FM technology. Social reasons included resistance due to peer pressure, or feeling / looking different than others.

Even children who do see the value of remote microphone technology may not be benefitting as much as they could. Another report on use of and attitudes towards FM in a group of youths aged 11 to 20 years found that while most of them used FM regularly in the classroom, very few used it in any other situations, such as playing sports or being at home [2]. Reasons given for not using the systems outside of class were lack of perceived ownership, wind noise outdoors, safety issues (if the system involved wearing a device with a lanyard), fear of damaging or losing the equipment, and perceived lack of need outside of school.

Connectivity options with this technology are wide and straightforward [3], and extend to direct communication with consumer smart devices including iPhone and iPad, as well as many Android smartphones. This latter fact is especially attractive to this age group, as use of consumer smart devices is already commonplace among teenagers. The cost of this type of technology is modest in comparison to an FM system. 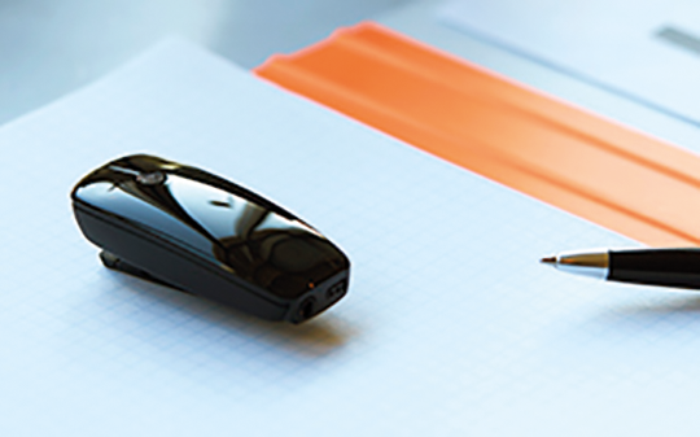 Bringing remote microphone use outside the classroom

Literature on the use of remote microphone technology with children has largely focused on classroom and learning situations and, to a much lesser extent, on use by nursery-age children. Older children - even those who are regular users of this technology in the classroom - seldom use it in other situations than in the classroom. Yet anyone with hearing impairment encounters many situations where they may struggle to hear well. The potential of remote microphone technology to overcome the effects of distance, reverberation and background noise are just as meaningful outside the classroom as inside.

Another challenge in encouraging broad use of remote microphones outside of school, as well as wireless connectivity capability in general, may simply be lack of awareness that convenient solutions exist. Young people are generally considered tech-savvy, and knowledgeable about what is happening in the technology sphere, but is this true where hearing aids and wireless connectivity are concerned?

The most commonly used wireless assistive device was reported to be an FM system. Surprisingly, however, more than half responded that they were not aware of wireless technology or not sure about it. The investigators interpret this finding to indicate that the participants simply did not know what wireless technology was. There was also a tendency to discriminate between ability to connect to an FM system, and ‘wireless’, even though FM systems are in fact also a wireless technology.

Figure 2. Responses to the question, ‘What would you like to connect to wirelessly?’ Multiple answers were possible.

Despite this lack of awareness, 96% of the participants agreed that wireless connectivity would be helpful. They also indicated what devices they would like to connect to. As shown in Figure 2, mobile phones were most commonly indicated, followed by video gaming systems and tablets. Telephones, TV and digital music players were also mentioned frequently.

The open-ended responses of 11 young people who used FM systems were evenly divided between those who found it useful and those who found it not of benefit – or irritating. The participants described their likes and dislikes with this type of system. Examples include:

“I use [FM] because it’s easier for me to help with, what teacher is talking. I like it, it helps me to hear the words, maybe fully understand what they are saying, what to do.”

“It is really helpful and I can hear a lot more at school, however it breaks a lot and at the moment the screen doesn’t come up.”

“The [FM] is annoying but the mini microphone is good. It’s less obvious, it blends in.”

“I use my microphone a lot.”

“The phone clip is really good because you don’t have to mess around with any headphones or wires and it sounds so much clearer. The music or film I am watching sounds clearer.”

Statements like these illustrate what young people value in wireless systems, including physical appearance, sound quality and ease of use. These comments are consistent with a study where students chose one of four FM systems [5]. Based on their reasons for the choice, the authors believed that the students were most influenced by the system’s appearance, sound quality, and user- friendliness.

“96% of teenage hearing aid and cochlear implant users agreed that they would like to connect devices such as mobile phones, video gaming systems and tablets to their hearing devices.”

The survey results show that young people understand benefits of wireless connectivity and that it means greater flexibility for them. Although there is a clear interest in wireless technology in this age group, little knowledge or awareness of its use was demonstrated. The authors highlighted a need for increased awareness, education and information about wireless technology, via communication methods used by today’s teenagers and young people.

The potential benefit of remote microphone technology together with hearing aids in difficult listening situations is particularly meaningful for children.

Declaration of competing interests: Jennifer Groth is the Director of Global Medical Affairs at ReSound where she has worked for 20 years.

Jennifer’s 20-year history with Resound includes roles as senior research audiologist as well as product manager. Previous to joining ReSound, she worked as a clinical audiologist at the Gentofte University Hospital Department of Audiology in Denmark. She holds a Master of Arts degree in Speech Pathology and Audiology from the University of Iowa. 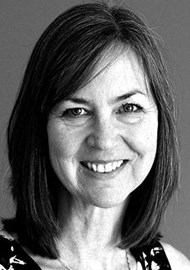