Head and neck cancer is one of the most preventable cancers, and awareness and screening campaigns have shown a decline in its incidence. Support for campaigns of awareness and education about these cancers is crucial from professional, societal and governmental organisations to make an impact on reducing mortality and morbidity from this life-style associated cancer. In this article, Akshat Malik and Pankaj Chaturvedi discusses head and neck cancer awareness and World Head and Neck Cancer Day.

Head and neck squamous cell carcinomas (HNSCC) are seen all across the globe and are amongst the leading cause of mortality and morbidity in several regions. They have an incidence of about 800,000 cases annually and result in about 300,000 deaths worldwide [1]. The majority of these cancers affect people in the financially productive age group.

Most of these cancers are preventable and suitable for early detection. In spite of that, many patients present at an advanced stage of disease and as a result do not have a good prognosis. This can easily be prevented by increasing awareness amongst lay people as well as the medical fraternity about head and neck cancer and its aetiological agents.

Even today there is lack of awareness about head and neck cancers and large voids are present in the knowledge about their aetiology, and signs and symptoms at the early stage of the disease. A cross-sectional survey conducted in the USA found that self-reported respondent knowledge of head and neck cancers was low, with 66% reporting that they were “not very” or “not at all” knowledgeable [2]. Head and neck cancers have been found to be more common in patients from lower socio-economic strata and lower educational background. Many of these lesions may not be painful and patients may trivialise them and not approach the doctor for a long time, by which stage lesions generally become advanced.

Besides delay on the part of patients, in one study about half of respondents also reported a delayed diagnosis by the primary care physician before being referred to a tertiary care centre for definitive treatment [3]. The delay attributable to the medical profession was equally distributed between general practitioners and hospital based services (4–10%). The risk of hospital delay was increased if the patient was referred to a general rather than a cancer-specific service [4]. Delay in diagnosis or referral to a concerned specialist happens due to inadequate knowledge of, or exposure to such cases. If these lesions are detected at an early stage then the prognosis is good and survival rate improves. 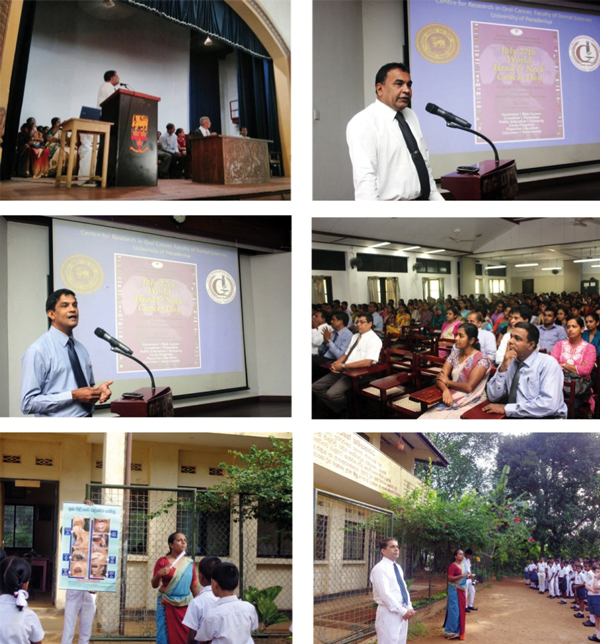 A study from India has showed that regular screening by health care workers may help in reducing mortality due to oral cancer, more so in tobacco and alcohol users. It supported the introduction of population-based screening programmes to target users of smoking or chewing tobacco, or alcohol, or both in high-incidence countries [5]. Several studies have shown that it is possible to train auxiliary health workers in early detection and prevention of head and neck cancers in high risk populations [6]. Telephonic surveys were conducted in one study and based on the results it was found that by sending out messages through media campaigns, people could be motivated to find out more about head and neck cancers and submit themselves for screening examinations [7]. Another study reported increased tobacco cessation and significant decrease in rates of leukoplakia in people exposed to programmes against tobacco use [8].

Mouth self-examination may be used as an effective tool to improve awareness of oral cancer and for early detection of lesions. A Cochrane review has found that mouth self-examination has high specificity and low sensitivity for detecting oral cavity cancer [9]. Health education and creating awareness about various carcinogens and their ill effects may help in reducing the incidence of oral cancers.

Efforts have been taken by various organisations and governments to educate patients about aetiologic agents of these cancers and to restrain from using them. Efforts have also been made in early detection and treatment of these lesions by training doctors and health workers. The European Head and Neck Society has started the ‘Make Sense Campaign’. It aims to raise awareness of head and neck cancer symptoms and subsequently drive the patient to earlier presentation, diagnosis and referral.

Under the aegis of the International Federation of Head and Neck Oncologic Societies (IFHNOS), 27 July has been declared as World Head and Neck Cancer Day. This has been done to draw the world’s attention to effective care and control of head and neck cancers. This day has been used worldwide as an opportunity to educate physicians in early diagnosis, current treatment paradigms and frontiers in research in head and neck cancer; to organise awareness programmes for the general public; to hold screening camps for detecting head and neck cancers; to interact with cancer survivors and their families; and to interact with policy makers to help frame laws for the control of head and neck cancers. In the words of Michael Douglas, “like any great science, medicine depends on the transfer and dissemination of knowledge to drive progress”.

Professor Pankaj Chaturvedi is Head and Neck Cancer Surgeon at Tata Memorial Hospital, Mumbai. He has received numerous fellowships and pursued training at several premier centres across the world. He is part of several clinical and translational research studies including three randomised controlled trials. He holds important positions in many prestigious international organisations and he is also the member of several national and international head and neck associations. He is recipient of the Outstanding Young Indian award (2008), Robert Maxwell Byers award (2010), WHO Director General award (2011), Global Cancer Ambassador (2012), Judy Wilkenfiled award (2013) and Sushruta award (2014). He is the editor of the Textbook of Head and Neck Surgery and associate editor of the International Journal of Head and Neck Surgery. He has published more than 100 papers in peer reviewed journals. He is a member of the editorial board and reviewers’ board of several leading head and neck journals. Oral oncology, prevention, screening, early detection and pathogenesis of oral cancer are his main areas of interest. He is the global coordinator for the World Head and Neck Cancer Day programme of the International Federation of Head Neck Oncologic societies. 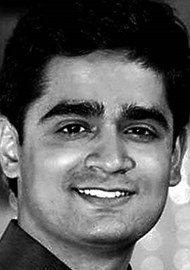 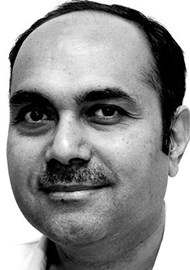