How will our grandchildren view COVID-19?
By Alan Johnson

Alan Johnson, known to our readers as the former President of ENT UK, gives us his thoughts on the COVID pandemic, looking at it through the lens of other health crises.

As I write, COVID-19 is displacing almost all other news stories. When asked to write on the topic, I wondered what I could offer. An ENT surgeon from 1980 to 2016, I am now a livestock farmer and my only medical connection is as a board member of a local Clinical Commissioning Group (CCG).

The CCG is responsible for commissioning care for 320,000 people and has an annual budget of about £500 million. It is responsible for ensuring that healthcare is delivered adequately and safely for that population. This is no mean task. Working there gives me a very different perspective on health to that of a hospital specialist.

On 25 February, I sat in a CCG meeting and was informed by one of the Local Authority Pubic Health team of the projected consequences of COVID-19. This disease was new, a coronavirus like SARS and MERS, spreading from Wuhan, China, and it was very likely to be here already. It was highly infectious, and its effect ranged from asymptomatic to lethal – wherein lies its greatest danger. The prediction in this meeting was that it could affect up to 80% of us, and it might kill 1-2% of those affected, with emerging recognition that being male, old or immunosuppressed raised the risk of mortality. It was not difficult to calculate that if unchecked, this could result in between half a million and a million deaths in the UK. Clearly this was and is an unprecedented threat. 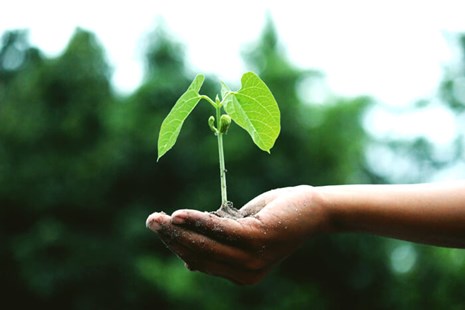 Photo by Akil Mazumder from Pexels.

Perhaps we have become complacent. I was brought up during the Cold War. We used to talk of the four-minute warning - the time Britain’s early warning radar system could give us to prepare for a nuclear attack. My home in the Scottish Borders was on the flight path of the V bombers, lumbering aircraft, pregnant with Blue Steel missiles protruding from their bellies, flying low across the Tweed valley. We were told how to behave in the event of nuclear attack, and I was afraid. The BBC made a film in 1966 on the topic called The War Game but it was so shocking, it was not generally released. I saw this film in 1985, following the BMA’s report on ‘the Medical Effects of Nuclear War’. The report and film were terrifying. I felt a huge sense of relief when ‘glasnost’ happened a few years later, and Mikhail Gorbachev remains a hero to me, but this threat still hangs over us.

“My home in the Scottish Borders was on the flight path of the V bombers, lumbering aircraft, pregnant with Blue Steel missiles protruding from their bellies”

My next reflection of widespread threat relates to one of the new diseases to emerge during my medical career. Bovine spongiform encephalopathy (BSE) was a British disease which affected over 100,000 cattle between 1988 and 2000, caused by feeding bone meal to calves. Many animals with the disease went into the human food chain. Human BSE, new variant Creutzfeldt-Jacob disease (nvCJD or vCJD) emerged in 1996. At the time, I was Secretary of ENT UK. Ian Mackay, ENT UK President, and I attended meetings at the Department of Health about how to handle this threat. I clearly remember one expert adviser giving an upper estimate of the number of cases in the UK of 13 million – 25% of the UK population at that time. We knew that nearly everybody in the UK had been exposed, so the question was about the level of transmissibility. Luckily, relatively few people developed this lethal disease, but it was some years before this became apparent and even now, we cannot be 100% sure. There have been less than 200 cases of nvCJD in the UK to date. Perhaps another near miss.

We need to learn about new diseases from the experience of others. The Wuhan COVID-19 outbreak is one such, as were SARS, MERS, HIV and Ebola, to mention but a few. The UK learned from vCJD, and we learned from HIV – we had to. However, SARS and MERS could have taught us much. The response of China, Korea and other countries in the Far East has been more effective because they had SARS. Countries that had SARS had pre-existing strategies and resources and were able to implement them promptly and the authorities, the health services and the population at large understood the need.

Undoubtedly those of you on the front line caring for patients with COVID-19 are inevitably and repeatedly exposed to the infection. Many of you must have been exposed before we recognised the threat. You were doing aerosol generating procedures and could have received significant viral loads from infected patients when you did nasal endoscopy. I hope you are all well protected now. This must be frightening and sadly there have been tragic losses. Most of us were exposed to some risks as clinicians in the past, but nothing on this scale. You will all be learning a lot and I hope you stay safe.

We must learn the lessons from such epidemics. We have been practising for influenza pandemics but have been caught short by SARS-CoV-2. Precautionary measures always cost money but done right, they can save lives, and the economic impact of not being prepared is going to cost much more. I hope and believe this epidemic will prove to be a lot less costly in human lives than the worst-case scenario above, but we do not know that yet.

There is good reason to believe that the UK will emerge from this poorer, along with many other countries. How we deal with that may well cause a lot of political and social friction. I have no understanding of the timescale, but I am sure this will impact on all of us and reduce our wealth - that moment has already arrived for many. Throughout my career, we expected regular pay increases until 2008, which blew that away. Perhaps we will be able cope with less wealth and yet live better lives.

Long term, this pandemic will prove to be a much lesser threat to humankind and life on Earth than our population and use of fossil fuels – too many people using too much stuff. During the last century, life has improved hugely for most residents of rich countries, but we have used a disproportionately large share of the world’s resources. In my lifetime, life expectancy has risen by over a decade in the UK. In the same period, global population has more than tripled. Atmospheric CO2 levels have risen from about 250 parts per million(ppm) before the industrial revolution to 413ppm now and it is heading on up. Our use of resources threatens our whole ecosystem. We understand the solutions, but they still seem unpalatable. To quote Sir David Attenborough, “all our environmental problems become easier to solve with fewer people, and harder – and ultimately impossible – to solve with ever more people.” My hope is that a spirit of global cooperation engendered by the COVID-19 pandemic could show us a way to curtail our exploitation of the planet for the benefit of future generations. 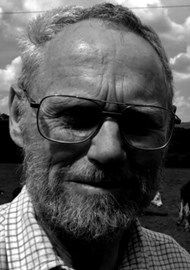