Is one glass of wine on call safe?
By Karan Kapoor and Mered Harries

It’s a standard question for those about to sit a Specialist Training (ST) interview; you are on call and you call a senior colleague in to perform an operation. You smell alcohol on the breath of the surgeon, so what do you do? Well the exam answer is you inform them that they may want to ask a colleague for help and if they don’t heed your suggestion you gradually escalate this up the chain to ensure no harm is done to the patient. Pass.

However, is this a true reflection of the real world situations that we face? It is perfectly legal to have a small glass of wine or half a pint of beer and drive to hospital, despite known effects on psychomotor function [1, 2, 3]. But should the same consultant entering the theatre be stopped by their newly appointed trainee?

Some hospitals have consultant on call rotas in which an individual is on call for up to 168 hours continuously. Having spoken to a number of consultants and specialist registrars, many have a glass of wine or a bottle of beer with food whilst on call. This has been going on for years and is thought to be quite acceptable. Some doctors may also remember the ‘old days’ when there was an on-site hospital bar where on call staff used to congregate for a drink and a chat around tennish before returning to their on call duties. Should we be reporting such individuals to the Medical Director? What about if the press were to get hold of the news; ‘Doctor found Drinking on Duty!’ Would there be an inquiry into why the General Medical Council (GMC) had not been involved?

The GMC’s ‘Good Surgical Practice’ publication does state that “a surgeon must not work when their health state is adversely influenced by fatigue, disease, drugs or alcohol” [4]. So it’s clear then that we cannot be adversely influenced, but does this mean that an individual surgeon is permitted to have a drink whilst on call? It is open to interpretation.

“Medications can also alter an individual’s performance and it is not possible to legislate for all circumstances. We are professionals and have a responsibility to our patients, in which self regulation and probity are the key principles.”

We often look to other high risk industries to learn strategies to reduce the risk for surgeons and patients. The airline industry is often held up as an example of a group which have guidelines for employees in order to improve safety. With regard to the use of alcohol and drugs, pilots in the UK are regulated by the Civil Aviation Authority [5]. Among other provisions, their regulations state that no person may operate or attempt to operate an aircraft:

There is no defined limit of blood alcohol for an operating surgeon, so in principle there is no prohibition from drinking for on call surgeons. This stimulated a discussion about the effects of alcohol on surgeons whilst on call so we designed a study to evaluate this. Studies have been done looking at the effect of the hangover on surgical ability [6], however the question regarding performance under the influence of alcohol had only ever been studied in medical students [7]. 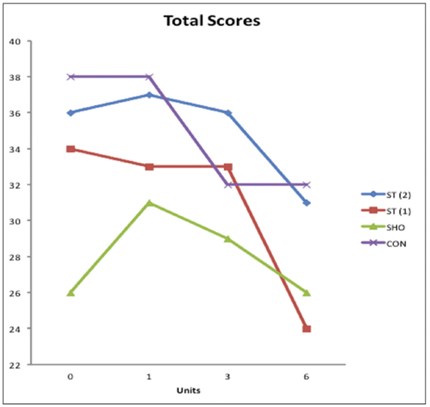 We decided on microlaryngoscopy and biopsy (MLB) as a proxy for emergency surgery. Though MLB is not a common on call procedure, the fine surgical dexterity required would likely highlight any degradation of performance. Four ENT surgeons performed MLB in a theatre setting, using a laryngeal training mannequin. The whole procedure was carried out in theatres that were closed to other medical staff and the public. The laryngeal mannequin had previously been validated – both face and construct validity – and a scoring system developed to measure surgical skills and leadership [8]. The surgeons consisted of a senior house officer (SHO), two specialist registrars and an ENT consultant, who had performed 0, >30, >100 and >2000 MLBs respectively. The participants were asked to abstain from alcohol for 24 hours prior to participating and not to eat for four hours prior to the study. A 2003 Sancerre La Grande Côte (14%) was the study alcoholic beverage. Each surgeon was asked to perform an MLB at the beginning of the study and 45 minutes after the ingestion of one (1.6), three (4.8) and six (9.75) glasses (units) of wine. Surgeons were assessed by an independent observer in theatre using a validated scoring system and recorded on DVD and later assessed blindly by two independent surgeons.

The results did not correlate to body mass index (BMI), weekly alcohol intake or age. The technical skills of all the surgeons did deteriorate with increasing units of alcohol consumed, however in those who had performed more than 30 MLBs significant deterioration only occurred following six glasses. In fact the best scores were achieved by all following a single glass! Increasing alcohol had the greatest adverse effect on laser manipulation and insertion and lip care.

The non-clinical skills showed a greater degradation as alcohol levels rose. Inappropriate comments, delayed responses and issues with remembering the names of commonly used instruments were evident after three (and more so after six) glasses. The independent observers all stated that on clinical grounds they would have stopped the surgeon from operating in a real-life situation.

The authors of this article do not condone alcohol consumption whilst on duty. This article is an attempt to look at evidence of the effect of alcohol on surgical skills but not to support or promote its consumption whilst on call. We accept that it has its limitations but it does open a debate on the clinical safety issues with regard to alcohol and operating. The GMC statement of knowing when your health state is adversely affected should remain the prime guidance. The accepted behaviour of many senior doctors having a small glass of wine or half of beer would seem not to affect function in this small study, but this must also be linked to the circumstances. When you are on call you may be tired and stressed, neither of which are addressed here. Medications can also alter an individual’s performance and it is not possible to legislate for all circumstances. We are professionals and have a responsibility to our patients, in which self regulation and probity are the key principles. 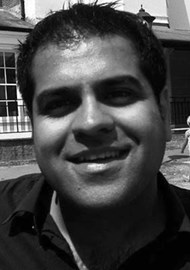 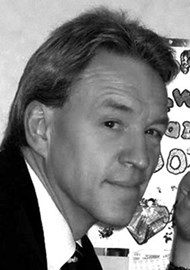