Drilling a temporal bone may seem like torture to some trainee surgeons. To others it is but a stepping stone to something altogether grander...

I took Art A-level a year early so as not to interfere with the ‘important subjects’, yet it somehow managed to help me get through my medical school interviews – at a time when a quirky element to your application was embraced rather than penalised (certainly at UCL). Throughout medical school, art became my niche and part of my identity, as I drew posters and designed t-shirts for all manner of events and productions put on by the student union.

Yet it was only when undertaking basic surgical training at UCL that I became attracted to sculpture. I was working for a particularly challenging general surgeon at the time, who had just about put me off surgery for good, but refuge came from signing up to night-classes at Mornington Crescent Working Men’s Club.

Te Wheke: bone carving with waxed linen and pāua shell; a representation of the Maori legend where Kupe killed the giant octopus which with its thrashing arms created the Marlborough Sounds in NZ – where my family farm and the most beautiful place on Earth.

With a hammer, chisel, block of stone and space to make a mess, I immediately fell in love with both the physical and imaginative elements of the craft – it felt very cathartic to wallop a chunk of stone at the end of a week’s work. (I would recommend night-classes of whatever type to all – you end up meeting a most unusual cohort of the population!)

From stone, I went on to woodcarving. Later as my career in ENT evolved, I discovered a love for mastoid drilling, which led naturally into bone carving. My work is now very much mixed media, using all three techniques, with an attention to detail perhaps not surprising from an otologist. Binding and plaiting of linen cord, fashioning of Paua shell ‘eyes’ and the use of feathers give my work a distinct tribal feel. I have built a collection of weird and wonderful things to carve: rare woods, semi-precious stones, animal horns and even parts of road-kill victims! 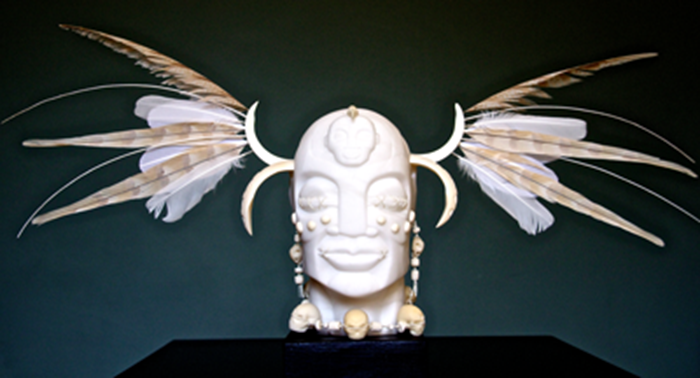 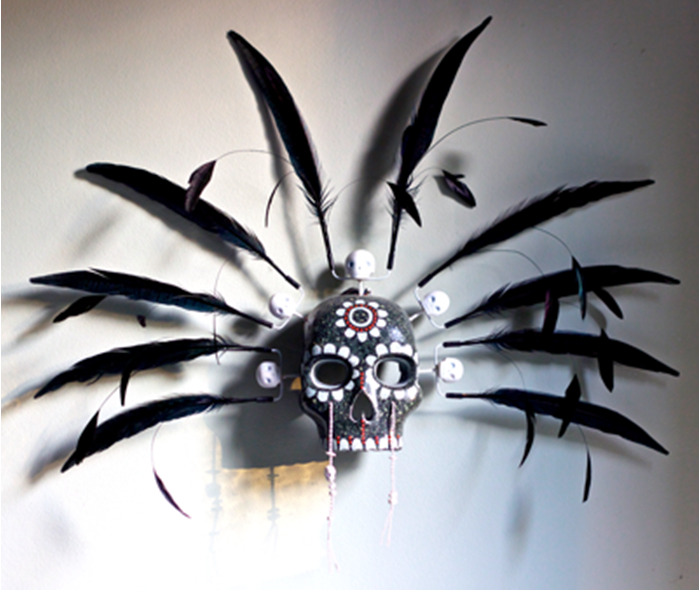 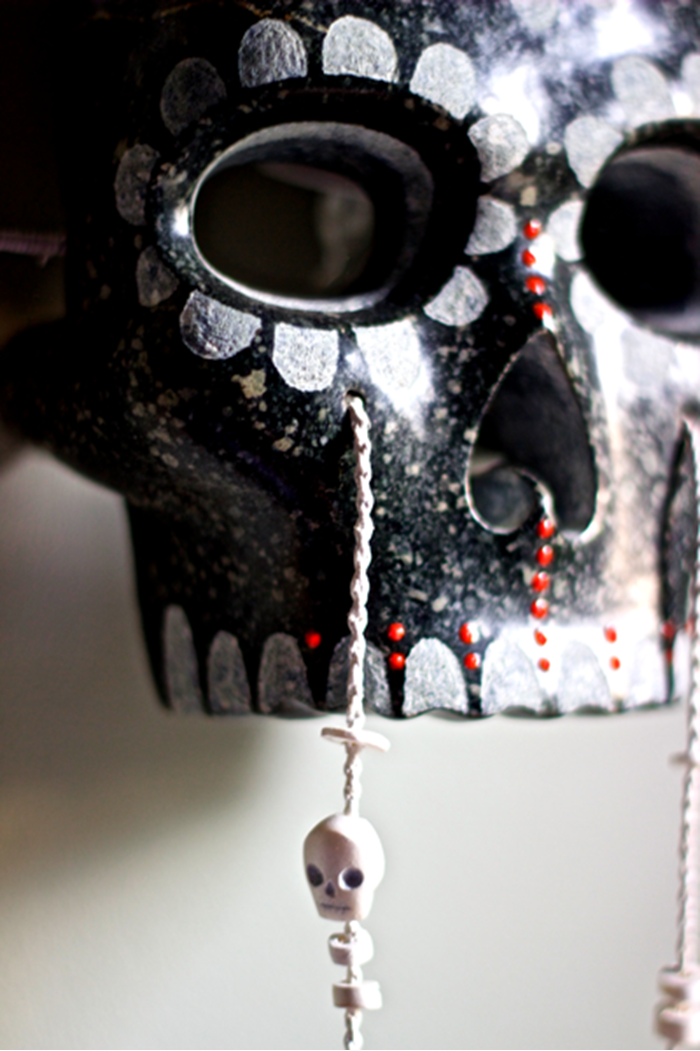 As for artistic influences, travel has been a long-standing passion. I have enjoyed the challenge of dodging British customs when returning with weird and wonderful tribal and native arts from around the world. I am particularly interested in Pacific art: Maori, South-Sea Islands, Japanese and Northwest Canadian. So much of tribal history and storytelling is displayed through art in these cultures. Totem poles in different form are commonly found throughout this region, from the Haida of the Northwest Coast, through the Pacific islands to the Maori. They show family lineage and display cultural heritage. Mythical creatures, family legends and historical events are represented, to be passed down the generations, often in cultures where the written word was not developed to record this. Fallen totems retain their spirituality, being purposefully left to rot and return to the Earth in a cycle of life. I find this idea of demonstrating one’s lineage fascinating and I have made many pieces along this theme. Each detail of the carving has significance and to the informed can act virtually as a book to read.

“As my career in ENT evolved, I discovered a love for mastoid drilling, which led naturally into bone carving. My work is now very much mixed media… with an attention to detail perhaps not surprising from an otologist.”

I am also interested in those tribal works that at first sight tend to incite shock or even condemnation. Shrunken heads or tsantsa may at first seem an abhorrent tradition – but perhaps less so when the principle behind them is better understood. You only shrink the head of an enemy you have conquered in battle and fully respect as an opponent, in order to harness the spirit of the enemy and compel him to serve the ‘shrinker’ and prevent the soul from avenging his death. So one could consider it a strange honour to have your head chosen for shrinking! Minkisi from the Congo are wooden figurines created to inhabit spirits, into which nails are driven. The outward appearance is rather crude and brutal looking, but it is the driving in of nails that allows the spirit to be ‘awakened’, to search out wrongdoing, enforce oaths or cure sickness, rather than what at first may look more like an act of violence or aggression.

“‘Flow’ is the concept of being in the zone – a mental state of operation in which a person performing an activity is fully immersed in a feeling of energised focus, full involvement and enjoyment in the process of the activity.”

My sculpture gives me great pleasure. It is a selfish act done to please me, and it provides a great release from the stresses of a day’s work. ‘Flow’ is the concept of being in the zone – a mental state of operation in which a person performing an activity is fully immersed in a feeling of energised focus, full involvement and enjoyment in the process of the activity. It is a good thing – good for the soul – and may be experienced through many outlets such as sport, music and possibly even drilling a mastoid! Sculpture allows me to enter this place most easily and helps to keep me in balance through the challenges of a life working in the NHS. So, I would encourage you all to find your flow, through whatever means you can. 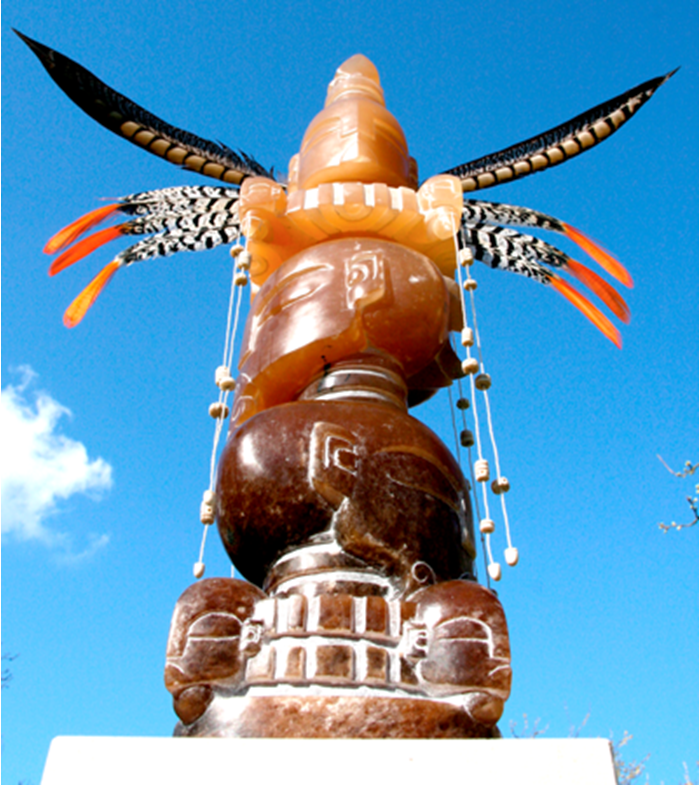 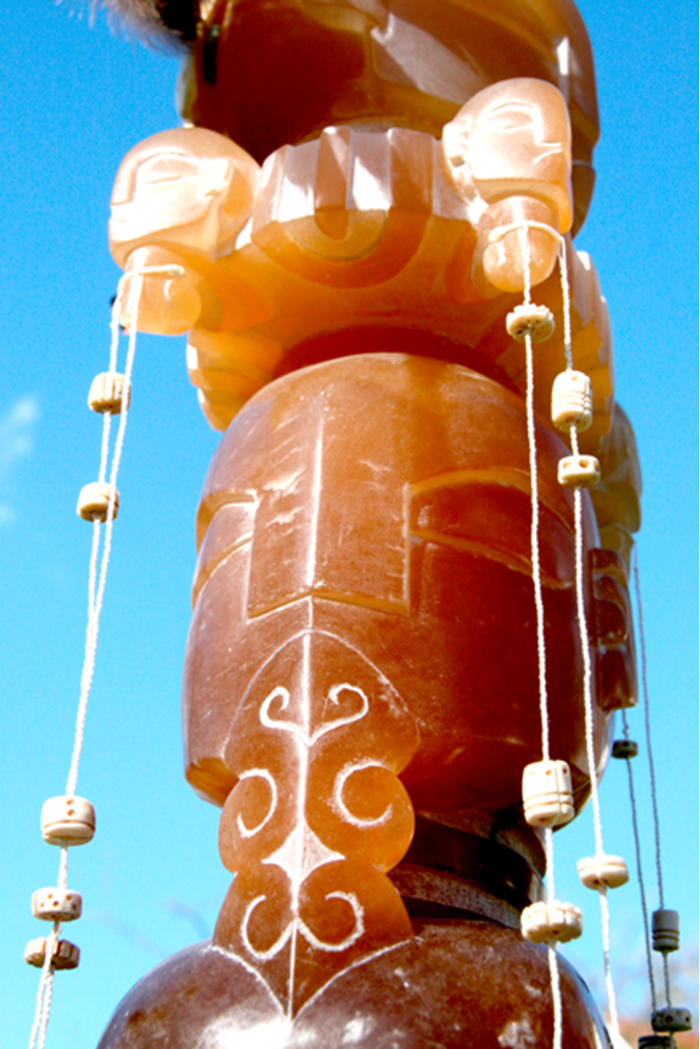 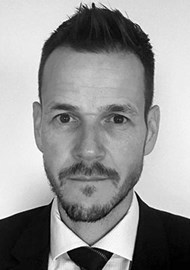