‘Speech sounds great, but music isn’t right’ is a common complaint from hearing aid users across the globe. In this article, Marshall Chasin, one of the most published audiologists on the subject of music and hearing, outlines why patients with hearing aids so often struggle with music perception and offers some in-depth technical, as well as clinical, suggestions to help.

Even soft music can be at a higher level than the peaks of speech. This higher level input is something that, until very recently, modern digital hearing aids could not handle. Recent innovations, including altering the input signal and changing the operating range of the analogue to digital converters in hearing aids, have resulted in hearing aids being able to handle music inputs with minimal distortion.

With the advent of digital hearing aids in the early 1990s, the field of hearing aids and music took a giant leap backwards. Even up to five years ago, the 1988 K-AMP circuit was infinitely better than the best that could be offered in modern hearing aid circuitry. And I still have hard of hearing musicians from around the world asking me where they can obtain this 1988 circuit. Thankfully, the ability of modern digital hearing aids to handle music has recently improved to a point where, after a quarter of a century, the hearing aid industry has finally caught up with the older analogue technologies.

The capabilities of modern digital hearing aids are vast. With a push of a button on a computer screen, feedback can be successfully managed at the clinical level; noise reduction algorithms can now suppress the inherent, and sometimes audible, microphone noise; directional microphone patterns can be dynamic and can, in some instances, search and destroy unwanted background noise; and wireless communication for remote controls and assistive listening devices, televisions, radios, and smartphones, are all now standard clinical fare.

“Even up to five years ago, the 1988 K-AMP circuit was infinitely better than the best that could be offered in modern hearing aid circuitry.”

The issue has come to be known colloquially as a ‘poorly constructed front end’. All digital hearing aids have a component known as the analogue to digital (A/D) converter. As the name suggests, this is the device that digitises a signal and presents a series of binary numbers as an input to a digital algorithm. In hearing aids, there may be several A/D converters for various modes of input such as microphone, telecoil, or wireless reception. Depending on the construction, there may even be ‘stacked’ A/D converters where one may deal with lower level signals, and the other with higher level ones such as music.

Simply stated, until recently, and still in the majority of hearing aids dispensed around the world, the A/D converter and associated ‘front end’ technology could only handle inputs up to the mid-90dB sound pressure level (SPL) range. Higher level inputs such as music, FX effects at movies, and even the level of the hearing aid wearer’s own voice, were limited by the ‘front end’ with subsequent distortion.

More specifically, and quite importantly, the ‘dynamic range’ of the hearing aid was limited to about 90dB. A website with some audio files demonstrating this distortion can be found at www.chasin.ca/distorted_music. Once there is distortion so early in the hearing aid processing, no amount of software adjustment that occurs later in the system, will improve things. This is why the topic of hearing aids and music is considered a ‘hardware’ issue and not a ‘software’ programming one.

What can be done for a patient who already has hearing aids and is rather happy with them for speech, but has difficulty with the higher levels of music? Clinically there are a number of strategies.

“Hearing aids’ and ‘music’ are two phrases that traditionally should not be used in the same sentence. Or at least, that was the case until recently.”

The current state of affairs

‘Hearing aids’ and ‘music’ are two phrases that traditionally should not be used in the same sentence. Or at least, that was the case until recently. Current technologies can handle the higher levels of music, as well as the higher levels of a hard of hearing person’s own speech, without distortion. Once digitised, the software program for listening to music is not all that different than the programming for listening to speech in quiet. There are no major changes in bandwidth, compression, or gain. The only suggestions are to remove the feedback management, noise reduction, and definitely remove any frequency transposition. More suggestions and updates can be found on my weekly blog at www.HearingHealthMatters.org/HearTheMusic.

Dr Marshall Chasin is an Audiologist and the Director of Auditory Research at the Musicians’ Clinics of Canada, Adjunct Professor at the University of Toronto (in Linguistics), and Associate Professor in the School of Communication Disorders and Sciences at the Western University. He is the author of over 200 articles and seven books including Musicians and the Prevention of Hearing Loss. He currently writes a monthly column in Hearing Review called ‘Back to Basics’ and a weekly blog at www.HearingHealthMatters.org/HearTheMusic. Dr Chasin has been the recipient of many awards over the years including the 2012 Queen Elizabeth II Silver Jubilee Award for service to Canada. He has developed a new TTS app called Temporary Hearing Loss Test app. 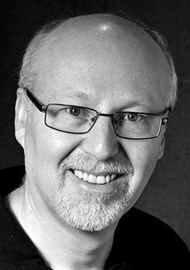