Near-miss in otolaryngology head and neck surgery
By John Fenton

It is recommended by John Fenton that we as a specialty need to embrace the concept of, take responsibility for and learn from all near-miss events, rather than our traditional haphazard approach of an occasional educational anecdote or case report.

“There but for the grace of God”  is a phrase that we have all contemplated with relief at some stage in our careers. As a senior registrar at a Dublin hospital, I have a vivid memory of a new operating theatre table going haywire during mastoid surgery, presumably due to saline intrusion into the electrical circuits.

The table suddenly and relatively quickly went almost vertical in a Trendelenburg but the patient stayed on it due to a pair of body straps that I had learnt to use during my overseas fellowships in Australia and France. I managed to stop drilling and get my knees out from under the table avoiding any damage to the patient or myself. This was certainly a free lesson, a near-miss on three separate counts and a near-albatross case that potentially could have haunted me for the rest of my days. There was no formal incident form written on that event by either the surgeon or attending nurses, but the straps remain an integral part of my major ear management while the saline is trapped in a bag.

“Our career and more importantly the lives of patients can change in an instance so we must remain vigilant and stay lucky.”

A near-miss is defined as “any unplanned incident that could have resulted in an accident” (Health and Safety Executive) or “an occurrence but for luck or skilful management would in all probability have become an incident” (NHS). Only a fortunate break (luck) in the chain of events prevents an injury, fatality or damage.

So, what do we do presently?

A near-miss in our specialty rarely gets recorded as a serious incident and can often be forgotten. It can lead to a story in the pub stimulated by similar anecdotes. We tend to use our ‘lucky’ experiences during informal teaching including clinic tutorials or bedside sessions and many of our regular aphorisms may well have developed from them. Depending on the nature of the event they can be assimilated into formal lectures or presented at ‘grand rounds’. Some of the better learning narratives are delivered at scientific presentations with possibly more emphasis on the skills of the surgeon than on serendipity, while the more unusual cases that pass the ‘so-what’ factor ultimately end up as published case reports in medical journals. The occasional near-miss can stimulate a retrospective case series study by the surgeons involved or possibly inspire a randomised controlled trial. In my own personal experience I can tick each of the aforementioned boxes, as I am sure can many of my colleagues.

What do we know?

The Heinrich pyramid of accident reporting which was first described in 1931 still applies today and remains the template for safety incident triangles [1]. Herbert Heinrich raised awareness of workplace safety and that unsafe acts by individuals are responsible for most accidents. He quantified the relationship of near miss accidents, in that for every single major incident, there will have been 29 minor harm and 300 near-miss events leading up to it. A review of the literature reveals that some specialties are better than others in dealing with the concept of near-miss in patient safety management. However there is still plenty of wool and not a whole lot of meat to what is published. The only article that I could identify in our own specialty publications was a general report written by Van Spal et al. indicating that formal recording of near-miss incidents is an opportunity to improve patient safety and that overall in medicine they are under-addressed and under-reported [2,3]. Howell et al. found that where staff submitted more serious incident forms there was less litigation and that increased staff numbers resulted in less adverse events [4].

There were however no significant differences or notable impacts identified in near-miss recording. They also reported that certain specialties report more near-misses than others and that doctors report more adverse events than near-misses. A near-miss study in urology demonstrated that capacity limitations (54%) and clinical error (23%) were the important factors, followed by clerical error (16%), patient failure (6%) and equipment failure (2%) [5]. Human factors were estimated at 87% as the most important contributors to near-miss in a paediatric emergency department article with non-compliance of established procedure/process (62%) identified as by far the most common one [6]. Other factors included medication-safety(16.3%), clinical judgment (14.7%), communications/interpersonal skills (14.7%), handover between services (8.5%) and handover within ED (2.7%) while 3.5% were deemed unclassified.

In anaesthesia, two-thirds of near-miss events were found to involve more than one systems error and more than half were related to issues involving five of 33 mechanisms reported as failure to execute a task appropriately (16%), poor communication (12%), failure to perform a routine task (12%), while 8% were considered as a result of poor safety culture and the same percentage was due to equipment malfunction (8). Ladner and Baker reported that 40% of near-miss incidents in the ICU were due to at least one human error and that they were more likely to be recognised at night when there were less nursing staff and more intensivists on duty [9].

Near misses are more frequent than adverse events but are often ignored as no harm resulted, but they typically provide an early warning of an impending untoward incident. They can indicate where flaws exist in the system [1]. In a web-based electronic safety event system study, miscoding was common and results revealed that while 22% involved patient harm only 16% were categorised as a near-miss, supporting a lack of awareness and significant under-reporting of the lesser event [10]. Most incidents were entered by nurses (73%) over physicians (2%) [10]. There is a very real sense that doctors have allowed both clinical nurses and nurses who have entered hospital management to assume the responsibility for incident reporting. In a separate publication, it has been reported that a quarter of surveyed doctors did not know how to submit a serious incident form and 40% of consultants had never completed one. However the senior clinician may be the only one who knows or realises that a near-miss event has occurred [11]. Grading systems (Tables 1 and 2) have been produced in Britain and France and although a little more cumbersome I would personally lean towards the French one as a preferred classification [12,13].

There are multiple factors as to why near-miss events are under-reported and under-addressed by surgeons. Barriers involving the doctor are numerous, including communication breakdown, apathy, ignorance of importance or requirement, too busy, forgot, nowhere to document, fatigue, inexperience or sheer numbers [3,11]. From an administrative point of view there is a lack of severity ratings, a lack of an acceptable classification, a lack of information and a lack of knowledge. Transparency or open disclosure can be an issue, as can the blame culture, and while fear of litigation is usually absent, reporting a near-miss may be seen as detrimental to a career pathway. Reporting systems to date tend to focus blame on individuals rather than on the prevention of similar events, whereas developing consciousness and awareness of patient safety rather than targeting a ‘fall-person’ should be the priority (14). A near-miss system will not work without consultant input and engagement by clinicians is crucial but feedback is also essential, notwithstanding the fact that it will only be as useful as the relevant corrective action.

What are we supposed to do?

We are encouraged to engage and submit incidents when they are witnessed or experienced by us. Several authors have indicated that the existing reporting systems within hospitals are unreliable and that analyses are significantly hampered by the quality of reports [15,16]. These recommendations are therefore entirely aspirational at present as the health administrative system is already overwhelmed with more serious occurrences. A personal series of over 140 serious incident forms have either been censored or remain undiscussed despite official existing protocols. In the rare instance of a formal response to a near-miss report that I have submitted, it has been returned with the comment that as no harm befell the patient there was no need to proceed any further.

What can we do?

We must remember that we are all on the ‘Road to Serendipity’ but will never reach it although some of us are further along than others. Our career and more importantly the lives of patients can change in an instance so we must remain vigilant and stay lucky. We must continue to work together, stick to the rules and teach at every opportunity. We should introduce or look to formalising our own near-miss methods. We must realise their importance, reflect on one if we experience it, record and report it but also learn from it and look for feedback. Staying lucky is helped by keeping our ears and eyes wide open.

A reminder for trainees especially, is that in head and neck cancer the danger zones for the patient and the surgeon in delayed diagnosis are the tongue base, the nasopharynx and the hypopharynx. Likewise diabetics get more severe infections in common places but also in unusual areas. Beware the stridor that settles. Listen to everyone and hear what they are saying. Listen to those who have been there before, as per Professor Paul Fagan’s first words of advice during my Sydney fellowship, quoting a millennium-old adage that ‘good judgment comes with experience, but experience comes from bad judgment’. Listen to the patient, listen to the carers, listen to the nurse, listen to the junior doctor, but most of all listen to your instinct, as if you feel there is something not quite right you are probably correct.

We need to collectively as a specialty agree that near-miss is a very important aspect of patient safety and that we need an effective process. We have to decide on a classification system and prioritise areas where near-miss is paramount including the operating theatre, the emergency department, ICU and HDU. Specialty-specific documentation may be necessary and an expertise in our discipline is obligatory for the overseers so we will probably have to assume responsibility ourselves. We need to clarify and facilitate how we collate the data and all information needs to be consistently classified and systematically shared (17). Feedback can be presented at local or national meetings with publication of an annual review. One of our international journals may be persuaded to have a near-miss section as a regular feature. As espoused by Leape in his admirably entitled 2004 editorial in The Laryngoscope, we as a specialty are obligated to take ownership of our own problems which includes the relevant education but must also involve managing near-miss incidents adequately [18]. In conclusion, dealing appropriately with a near-miss event will only help us and our patients. There should be a no-blame, non-weapon ethos and it should become as natural to us as triaging GP letters or completing operative notes. ‘Aide-toi et le ciel t’aidera’. (Heaven helps those who help themselves.) 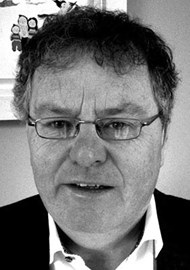