Managing trauma in children often strikes terror in doctors who do not deal with children regularly. Kate Stephenson explains the approach to a child who has suffered ENT trauma and specific things to look for in children.

ENT injuries are relatively common in children. However, major trauma to the head and neck region is rare. The mechanisms of trauma can differ from those of adults and special considerations relate to the care of the child with an ENT injury. Prompt tailored management is necessary to limit the morbidity and, in rare cases, mortality associated with ENT injuries.

The seriously or multiply injured child

Advanced paediatric (APLS) and trauma life support (ATLS) principles should be applied to the seriously or multiply injured child. A structured approach is used to assess and manage the patient. The primary survey should identify and treat life-threatening problems as they are identified; this can be summarised as <C>ABC. This describes the order of the survey and resuscitation, from control of catastrophic external haemorrhage (<C>), to airway with cervical spine control (A), breathing (B) and circulation (C).

Full diagnosis of an injury may be delayed in the younger child who may not be able to articulate their symptoms. Careful observation and a targeted examination may be required. External injuries may be readily identified in comparison to ‘concealed’ injuries, such as a septal haematoma or traumatic perforation of the tympanic membrane. Minor, non-life threatening ENT injuries may also be masked in polytrauma and detected in the secondary survey.

“Pharyngeal perforations have been found to be a frequent abusive ENT injury, predominantly affecting infants.”

In contrast to adults, much of the treatment of ENT-related injuries in children is not likely to be possible under local anaesthesia. Procedures such as drainage of an auricular haematoma, suturing of a facial laceration or nasal manipulation will all likely require a general anaesthetic.

Non-accidental injury (NAI) commonly involves the head and neck region (see Figure 1). Pharyngeal perforations have been found to be a frequent abusive ENT injury, predominantly affecting infants. A large proportion of these children have additional injuries, many of which involve the external ear (e.g. burns, abrasions, lacerations and resultant auricular deformity).

Fabricated and induced injury (FII), formerly known as ‘Munchausen’s syndrome by proxy’ is creation or exaggeration of illness or injury in a child by a caregiver; this may result in unnecessary investigations or interventions. Many ENT presentations of FII involve an ear-related complaint, such as haemorrhage from the ear or chronic otorrhoea [1]. FII represents a form of child abuse and, although rare, should be considered in cases which are particularly chronic, recurrent, perplexing and do not respond to treatment as expected.

Difficult vaginal or instrumental delivery associated with significant traction on the neck is associated with injury such as lacerations or bruising to the face, nose or pinna. Unilateral and bilateral vocal cord paresis may also result from stretching and irritation of the recurrent laryngeal nerves.

Trauma to the ear

Injuries of the outer, middle and inner ear may occur in isolation or in combination. The pinna is particularly vulnerable to isolated injury given its exposed position. Middle and inner ear injuries are associated with high-energy injuries and may occur in the context of polytrauma. Bilateral and accidental ear injuries in the infant are very rare and should raise concern regarding non-accidental injury [2].

The diagnosis and management of haematoma of the pinna and auricular lacerations mirrors adult treatment; however, procedures usually require general anaesthesia. In cases of traumatic perforation of the tympanic membrane, bleeding into the external auditory canal often limits visualisation without the aid of microscopy and microsuction, which may be difficult in the younger child.

“Many ENT presentations of FII involve an ear-related complaint, such as haemorrhage from the ear or chronic otorrhoea.”

Trauma to the nose

The most common nasal trauma in children is digital trauma (‘nose-picking’) or foreign body insertion. Like the pinna, the nose is a prominent facial feature and is particularly vulnerable to injury. Fractures of the nasal bones in older children mirror those of adults. However, bony fractures in very young children are rarer due to the soft and compliant external nose, which is relatively less projected.

Children are particularly vulnerable to development of a nasal septal haematoma. Any child with a history of nasal trauma should undergo anterior rhinoscopy to check for a haematoma, which should be drained as soon as possible under general anaesthesia and measures should be taken to prevent recurrence. Septal transfixion sutures are recommended rather than nasal packing in children.

Figure 2. Classification of penetrating neck injuries: levels of the neck.

Trauma to the neck

Penetrating neck injuries are rare in children and are classified according to the area of the neck (see Figure 2). Whilst optimal management is controversial, a policy of selective investigation and surgical exploration has evolved that is guided by the clinical presentation and haemodynamic stability of the patient [3]. Examination and investigation should focus, not only on vascular injury, but also cover neurological, laryngopharyngeal and oesophageal trauma. In particular, vascular injuries in zone 3 may be managed by embolisation. Intrathoracic injuries should also be considered in cases of zone 1 trauma.

Significant morbidity and mortality may result from major blunt neck injury due to the risk of laryngotracheal disruption. Vascular and oesophageal trauma may also occur. A high index of suspicion may be required to detect an injury and a proactive policy for investigation should be employed.

“Significant morbidity and mortality may result from major blunt neck injury due to the risk of laryngotracheal disruption.”

Oral and palatal injuries are particularly common in children and typically relate to falls with a foreign body in the mouth. Minor injuries may be treated conservatively, healing rapidly. Particular caution should be taken with significant injuries of the soft palate, which may result in an oronasal fistula. Development of thrombosis or pseudoaneurysm of the internal carotid artery is also a rare but significant concern [4]. 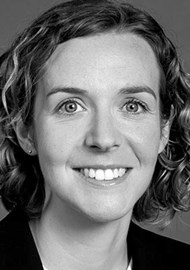