For those of us that work within the acute hospital system, the sound of the trauma pager going off warning of an incoming casualty with as yet unknown injuries is often the sound of uncertainty and anxiety. When it becomes known that the patient will arrive with significant facial injuries, a compromised airway or widespread burns, the importance of having an appropriately trained and equipped team to meet that patient is obvious. Battling to secure a definitive airway in the face of uncontrolled facial bleeding or thermal injury is not for the faint hearted.

A typical trauma team will usually comprise of an anaesthetist and operating department practitioner, two trauma doctors, two trauma nurses, a scribe and a trauma team leader. Specialist help may also be summoned as required to the Emergency Department – a well-lit, well-resourced and controlled environment in which to resuscitate and stabilise a patient.

The fact that these patients are reaching hospital alive is now taken for granted. It was only in the latter half of the 1980s that the role of paramedic evolved. Before then there was no routine access to pre-hospital defibrillation, to drugs or to any other specialist interventions. Since this time, pre-hospital care has evolved enormously and only in the last two years has it been recognised as a distinct sub-specialty of anaesthesia and emergency medicine. 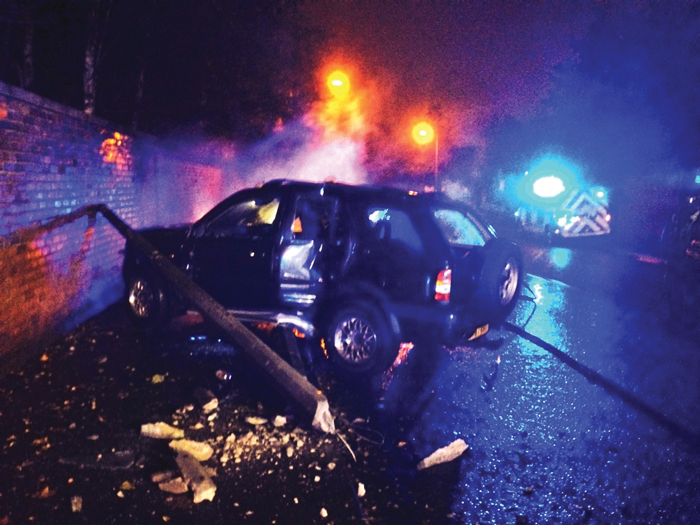 Today, specialists in Pre-Hospital Emergency Medicine (PHEM) are providing a fully paid and commissioned service 24 hours a day, 7 days a week as part of the National Health Service (NHS) Ambulance Services. In the West Midlands, the first such service to be fully NHS funded went live in March 2012. The full name of the team is the Medical Emergency Response Incident Team, or MERIT, and consists of a PHEM consultant drawn from either emergency medicine or anaesthesia, and a critical care paramedic, who holds a post-graduate certificate in pre-hospital critical care. This team currently responds by helicopter during daylight hours and in a rapid response vehicle after dark to the most severe traumatic injuries across the 5000 square miles of the West Midlands, serving a population of around 6 million. Other services, such as London HEMS, provide a similar response within the capital.

Services such as MERIT aim to deliver a team that can provide advanced interventions directly to the patient allowing immediate treatment and correction of physiology, before moving directly to one of the major trauma centres that now provide a network of tertiary level care across the country. The team capabilities include providing roadside anaesthesia with definitive airway care, in turn allowing controlled ventilation and oxygenation in order to protect injured brains from secondary harm. Advanced analgesia an­d sedation are offered to restore anatomically deformed limbs, and to permit decompression and drainage of pneumothoraces. Control of haemorrhage with haemostatic agents, volume replacement with warmed crystalloid or blood and use of tranexamic acid allows patients to be transferred often considerable distances to the major trauma centres with minimum disruption to their core temperature or coagulation status. Should the very worst happen, the team is also equipped for surgical interventions including surgical airway, thoracostomy, thoracotomy with control of cardiac tamponade, resuscitative hysterotomy and amputation. Finally, once stabilised either at the roadside or in the emergency department of a local trauma unit, the team carry the necessary equipment to provide a full critical care transfer including invasive pressure monitoring, inotropic infusions and temperature management in order to deliver the patient to definitive care. 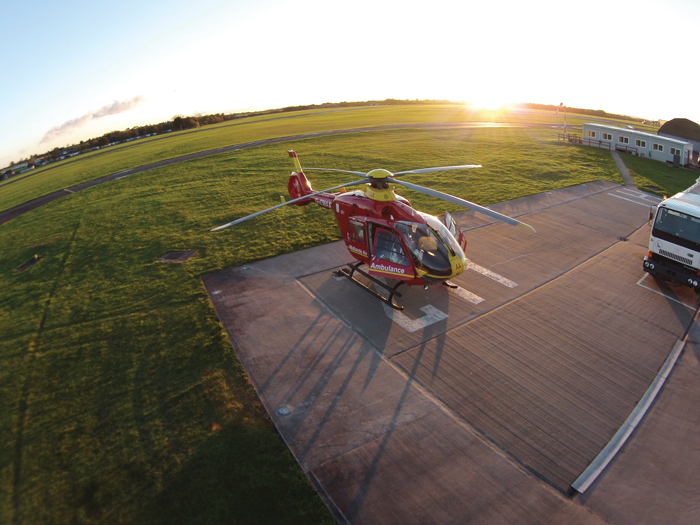 These interventions would challenge most hospital trauma teams in the controlled environment of a resuscitation room, so how does a team of two provide them safely and effectively at night, at the side of the road in the rain, or on the floor of a nightclub in a hostile environment? The recognition of the fact that we are working in an entirely different environment is the key to establishing this type of service. It is no longer enough to pick a hospital doctor, dress them in a high visibility jacket and expect them to function at the same level as if they were in theatre. The pre-hospital doctor is now re-trained to work in a world where everything is powered by battery, where resources are limited to what you can carry in a backpack, where there is no imaging, blood tests or second opinion to confirm your diagnosis and treatment plan, and where all of your patients are ASA 5. (American Society of Anaesthesiologists physical classification 5 = will die within 24 hours without immediate intervention)

The most important component to pre-hospital work however is the understanding and application of team working skills, often referred to as Crew Resource Management (CRM). The small team of two that arrive on scene to find one or several multiply injured time-critical patients must know what each other is thinking and planning, work to pre-defined standard operating procedures, have absolute trust in the decision making process and use equipment and checklists that are fit for purpose and reviewed regularly. This can only be achieved with the wider team accepting that the standard procedures offer the patient the best level of care possible whilst being achievable by all practitioners, and knowing that they are rigorously tested during training.

When a standard operating procedure, such as delivery of roadside anaesthesia or creation of a surgical airway, is applied in a live setting, there must also be a robust governance procedure to ensure that the practitioners and procedures performed are to the expected standard. By way of example, the West Midlands MERIT service review all anaesthetics, sedations, surgical procedures, cardiac arrests and transfers. These cases are peer-reviewed along with a full printout from the monitor by three doctors and three critical care paramedics (CCPs) on a monthly basis, and any that do not comply with the standard procedure, have any sort of adverse event (an episode of hypotension or hypoxia) or are otherwise of interest get brought forward to a monthly morbidity and mortality meeting, at which we both debrief cases and provide a rolling education programme.

It is an incredible feeling to work within such a cohesive team where egos are left at the door and everyone pulls in the same direction to provide the very highest level of patient care. It is also testament to the trust that exists within the team that our debriefs and case reviews are honest, open and often robustly discussed, and yet nobody comes away feeling bruised. Things do occasionally go wrong as pre-hospital emergency medicine is an unpredictable and challenging environment, but we all know that it could have been any one of us facing that unique set of circumstances and as long as learning points are identified and passed on we all move forward.

The interaction of pre-hospital teams with staff within hospitals is usually brief and targeted towards a handover, but it is worth noting that the underpinning structures that allowed that team to bring in what may be the sickest patient in the hospital at that moment from many miles away ensure that they have arrived with the best possible physiology. At the end of the day, that is what it is all about.­ 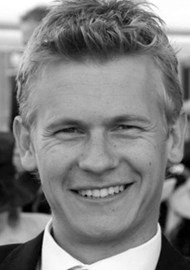