It was in the 1970s that Professor Messerklinger discovered the patterns of active mucus transport in the paranasal sinuses. He worked on fresh cadavers where the mucociliary transport would be preserved for a couple of hours.

The ‘legend’ says that right before he left the room for a break, ashes fell down into the opened maxillary sinus from his cigarette, and when he came back he saw under the microscope that the ash was transported in an ordered pattern towards the natural ostium of the sinus. He repeated this experiment with dye in all sinuses and described the genetically-determined mucociliary clearance.

It was Prof Heinz Stammberger who, from then on, assisted Messerklinger in his experiments and documented their findings. The discovery of this transport pattern and the likelihood of disease following the impairment of mucus clearance by inflammation and blockage of the sinus outflow tracts led Prof Stammberger to the development of functional endoscopic sinus surgery (FESS). This was made possible by the invention of cold light fountains by Karl Storz and the rod lens by Hopkins which, together, were the precursors of nasal endoscopes [1,2].

“With the discovery of pathways in the disease and mediators orchestrating it, the future probably lies in targeted therapies like monoclonal antibodies and may reduce the need for FESS”

The development of the FESS concept for chronic sinusitis

Among other centres in the world, the first courses on nasal endoscopy and surgical techniques in Graz in the 1980s led to the success of FESS over the globe. The first attempts were to cure chronic sinusitis which, by then, was thought to be caused by obstruction of the natural outflow tracts. With FESS, it was possible to visualise the critical areas directly and open the drainage and ventilation of the sinuses without damaging important structures like the middle turbinate and the mucosa in general. This was true particularly for chronic sinusitis without polyps (CRSsNP) but was more difficult with other sinusitis phenotypes associated with polyps (CRSwNP) [3]. Still, FESS is an essential part in the treatment of this complex immunological disease together with optimal conservative treatment. With the discovery of pathways in the disease and mediators orchestrating it, the future probably lies in targeted therapies like monoclonal antibodies and may reduce the need for FESS [4].

From sinus surgery to skull base surgery

After significant experience gained in sinus surgery for inflammatory disease, new applications of endoscopic sinus surgery were developed targeting sinonasal tumours and skull base tumours. This led to the advent of specialised skull base centres where, in many cases, ENT and neurosurgeons would work together to resect tumours at skull base and beyond [5]. This minimally invasive approach became very popular, starting in endoscopic transnasal transsphenoidal pituitary surgery, and was further developed to even resect large meningiomas, cancers of the nose invading intracranially and lesions at the clivus or craniocervical junction using the nose as a surgical corridor.

The latest developments of these specialised approaches led to the orbit and resection of intraorbital tumours [6] and to transorbital surgery where now the orbit is used as a corridor to access e.g. meningiomas of the middle cranial fossa. This special technique of endoscopic application was coined TONES: transorbital neuroendoscopic surgery [7].

In the recent annual North American Skull Base Society meeting held in Orlando, Florida, a large portion of the programme was dedicated to novel developments and future concepts of endoscopic surgery. Naturally these topics were targeted towards skull base surgery in particular, as opposed to sinus surgery for inflammatory disease.

For the latter, the most probable future direction lies in developing new drugs to target the molecular pathways and mechanisms since i) surgery alone cannot cure the patients, particularly in sinusitis with polyps and ii) surgical techniques have been refined to an extent that further improvement would not improve outcomes comparable to drug therapies from monoclonal antibodies to drug eluding stents.

Endoscopic surgery for tumours of the nose, sinuses, skull base and beyond harbours the potential of being significantly improved by technical adjuncts: amongst other, these comprise: 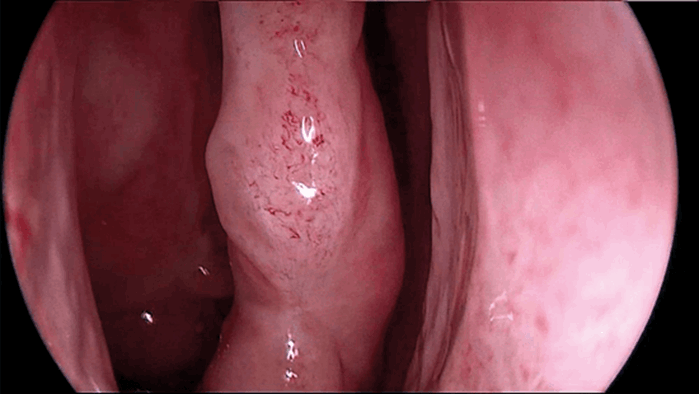 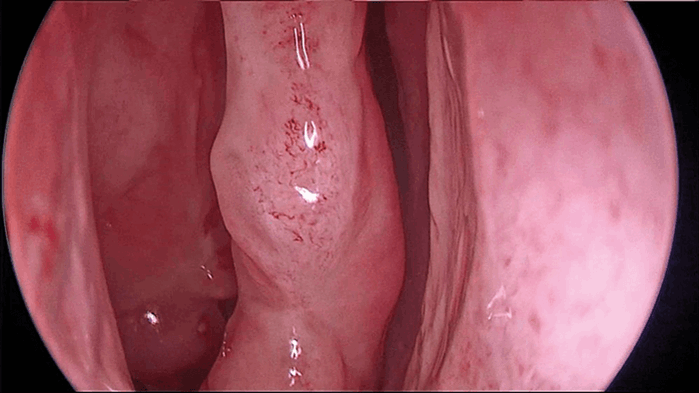 Figure 1b. View of the middle turbinate with and middle meatus with Chroma contrast enhancement with the KARL STORZ IMAGE1 S™.

in imaging lie especially in new visualisation tools, computer-assisted navigation and imaging of the brain and neurovascular structures and 3D endoscopy has been developed to visualise anatomic structures in three dimensions. This should help to get a better impression of the depth and focus on structures, especially neurovascular structures like the carotid artery. With digital enhancement of contrast or fluorescent dyes to help impregnate different tissues, intraoperative differentiation of healthy tissue vs. tumours is facilitated (see Figure 1a and 1b). Novel instrumentation with remotely controlled malleable shafts for endoscopes and instruments that can be directed around the corner or around structures like vessels are currently developed. 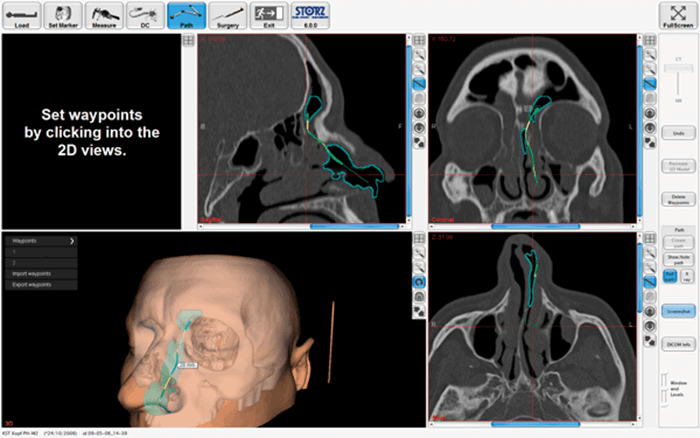 Figure 2. Preoperative planning of pathways to e.g. the frontal sinus on navigation devices. 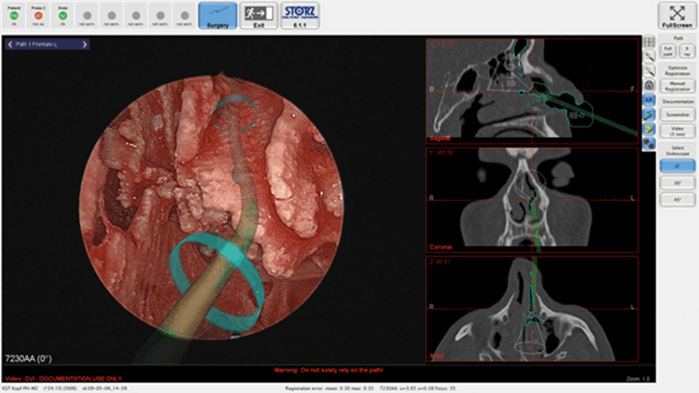 Computer-assisted navigation offers augmented reality tools to mark pathways for easier access to critical structures according to CT anatomy or mark them giving optical and/or acoustic feedback to the surgeon (see Figures 2 and 3). This can be especially helpful in an unclear surgical field. With the advent of stronger MRIs (>5 Tesla) tractography of white brain matter for example becomes more sensitive, and thus critical neurological deficits postoperatively can be avoided with better preoperative planning and intraoperative navigation [8].

Apart from implants to enhance or replace biological functions like the well-known cochlear implant for hearing or future retinal implants, skull base surgery may be improved by implants to regain brain function etc. At present, implants for skull base reconstruction are being developed, which would decrease postoperative CSF leak and thus reduce the considerable comorbidity that can accompany expanded approaches. The application of these materials would go hand in hand with 3D printing to customise reconstructive elements [9]. This technology will also be helpful in creating models for simulators of training in endoscopic sinus and skull base surgery.

Robotics has been introduced in variety of fields; for ENT, transoral surgery was an obvious use for this technology in head and neck and sleep surgery. Transnasal robotic approaches to the sinuses and skull base are being tested more frequently now. Despite the difficult design, further miniaturisation will improve the application and potential lies in computer-driven endoscope holders and/or robotic surgery itself where the surgeon remotely controls robot arms for the intervention. When it comes to delicate neurovascular dissection, this technology combined with imaging, navigation, artificial intelligence and potential other novel techniques may provide a safer environment for both patient and surgeon and could open surgery to more complex cases which may be considered inoperable today [10].

Where do we go?

When FESS was introduced, it was highly scrutinised; endoscopic tumour surgery was even considered heretical, and now innumerable papers in the field are stating that FESS has become the gold standard for a variety of indications. The latest evolution was endoscopic skull base surgery with a larger number of approaches to skull base and beyond. The surgical techniques are very refined nowadays and the possible next big step forward is the integration of novel technologies. It would be too early now to claim that surgeons will be replaced by robots and that artificial intelligence will take over patient management; however, technology is advancing rapidly and one should appreciate its potential of improving surgical techniques in the future, especially in a delicate area like the skull base.

“Innovations in imaging lie especially in new visualisation tools, computer-assisted navigation and imaging of the brain and neurovascular structures”

However, an important part in any medical discipline is the relationship between patients and doctors and their empathy and compassion may never be replaced by machines. Among innumerable others, these two qualities were very strong in Prof Stammberger and very important to him, as was his hope that future generations should never forget about them. Looking forward into what is coming, he would probably end this article with one of his favourite quotes: ‘Veritas filia temporis’ … the truth is a daughter of time. 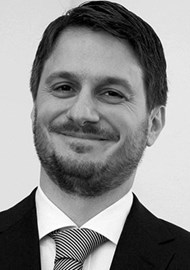