Radiology of referred otalgia
By CJ Greenall and R Rhys

Otalgia is a common presenting complaint to Ear Nose and Throat Departments. Otalgia is either primary or secondary (referred) [1]. Referred otalgia is a ‘red flag’ symptom and can be a diagnostic challenge for clinicians and radiologists as the pathology may be occult.

This article focuses on the radiological approach to referred otalgia.

To tailor an investigation for evaluation of referred otalgia we must remind ourselves of the neurology of ear pain. 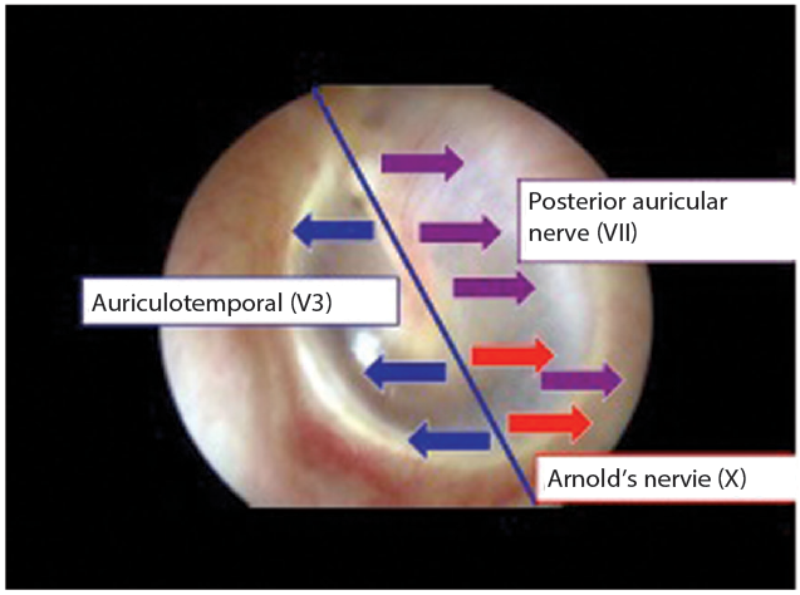 Figure 1: Innervation of the tympanic membrane. Figure 2: Sagittal T1W MRI of the left TMJ in the open mouth position showing an anteriorly displaced meniscus (white arrow). The meniscus should be positioned between the condyle and articular eminence.

The innervation of the tympanic membrane is complicated. Figure 1 shows a normal tympanic membrane. Using the handle of the malleus as a dividing line, the anterior half of the membrane is innervated by the auriculotemporal nerve, a branch of the trigeminal nerve (the fifth cranial nerve; CNV). The posterior half is supplied by the posterior auricular nerve, a branch of the seventh cranial nerve (CNVII), which is overlapped inferiorly by fibres of Arnolds nerve, from the vagus (tenth cranial nerve; CNX).

The entire medial surface is innervated by Jacobsen’s nerve, a branch of the glossopharyngeal nerve (ninth cranial nerve; CNIX).

The most accepted theory for referred pain is that multiple nerves converge onto a single shared nerve pathway, with the brain unable to identify the source of stimulation [1].

Table 1 is a condensed list of sites within the head and neck innervated by CNV, CNVII, CNIX and CNX. All are potential causes of referred otalgia.

This is a well known concept in ENT. This article will focus on the most appropriate imaging for each ‘T’, illustrated by clinical cases.

A 45-year-old female presented with a three month history of left otalgia. Otoscopy was normal. On examination there was a palpable click of her left TMJ on opening, with deviation of the mandible to the right. The clinical findings suggested that the patient had internal derangement of the left TMJ (Figure 2). 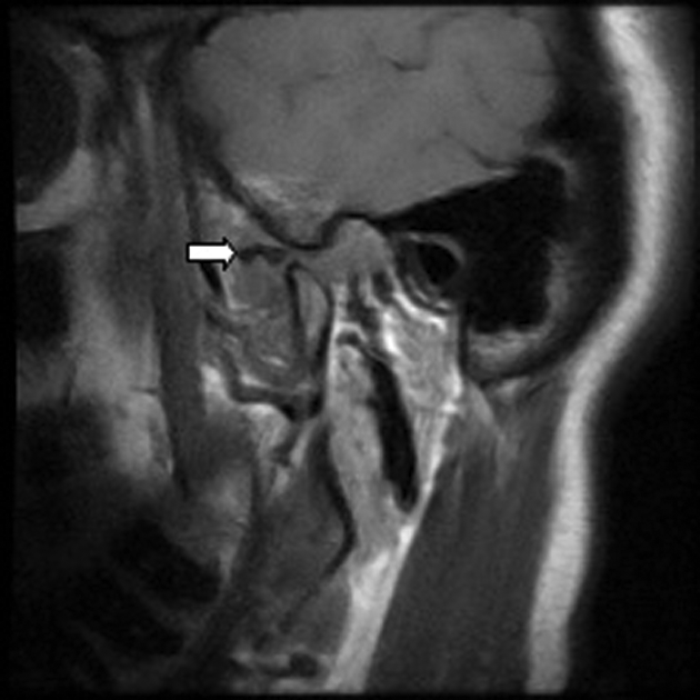 Figure 2: Sagittal T1W MRI of the left TMJ in the open mouth position showing an anteriorly displaced
meniscus (white arrow). The meniscus should be positioned between the condyle and articular eminence.

Of patients with TMJ disorders, 70-78% present with otalgia. Magnetic resonance imaging (MRI) is the preferred imaging technique for the TMJs, being performed with the mouth open and closed in order to assess meniscal displacement and recapture.

An 81-year-old female presented with a one month history of right otalgia and a swelling of her right cheek. Otoscopy was normal.

Clinical examination excluded a dental cause, as the patient was edentulous, however an ultrasound demonstrated an abscess over the right masseter muscle. Figure 3 shows an abscess collection in the right buccal space. Figure 4 demonstrates the cause of the abscess (and otalgia) – a tooth root buried underneath the gingiva, with associated buccal bone perforation. 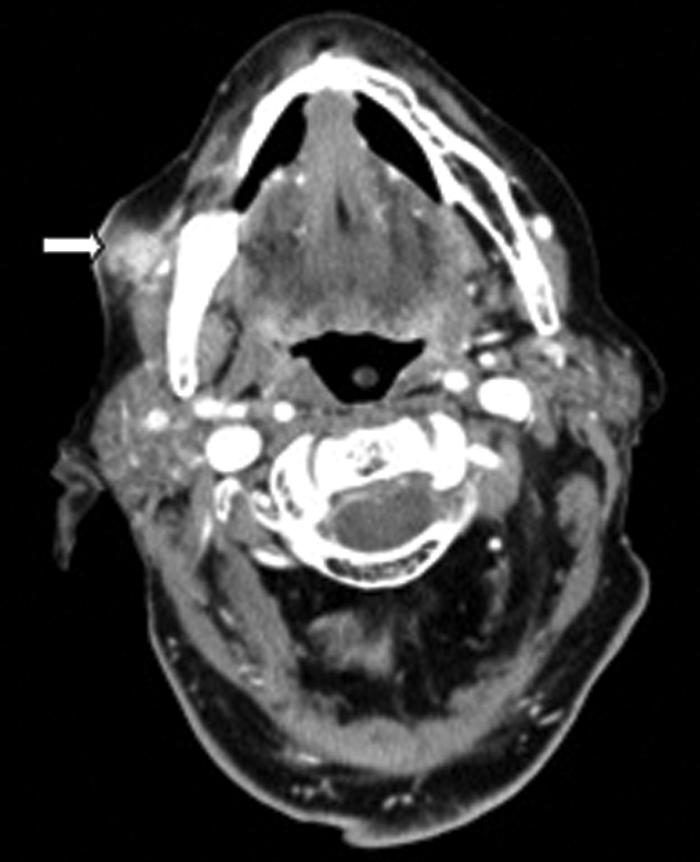 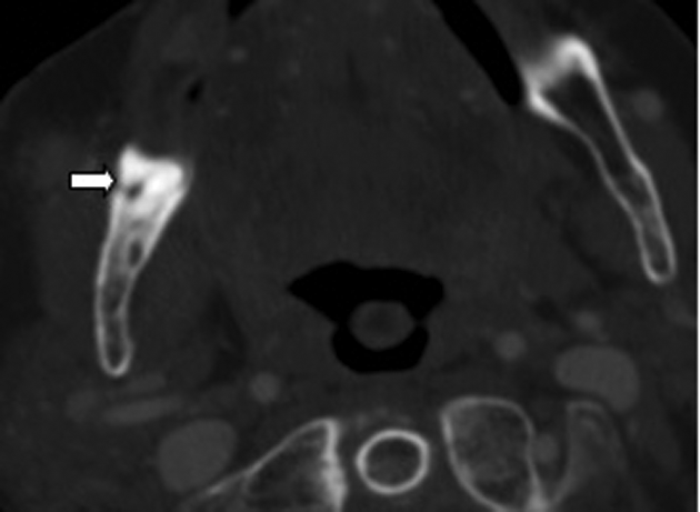 Dental disease, most commonly caries and impacted lower wisdom teeth, are frequent causes of referred otalgia. The imaging modality of choice in the assessment of teeth is radiography.

A commonly used radiograph is the orthopantotomogram (OPT). An OPT is a horseshoe shaped tomographic slice of both jaws, which can be useful in the assessment of caries, periodontal and periapical infections (Figure 5). It is a technique which is prone to positional errors and artefacts which can affect reliability of interpretation. Cone beam CT is being increasingly used in the dental profession but its use specifically for caries assessment is not recommended [2]. 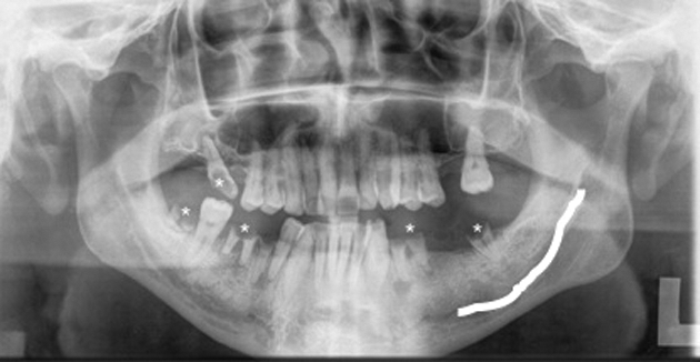 A 55-year-old female presented with a three week history of otalgia. Otoscopy was normal. Examination demonstrated an indurated erythematous mass on the left lateral border of the tongue, later confirmed as a squamous cell carcinoma.

The imaging modality of choice for the tongue is contrast enhanced MRI (Figure 6). 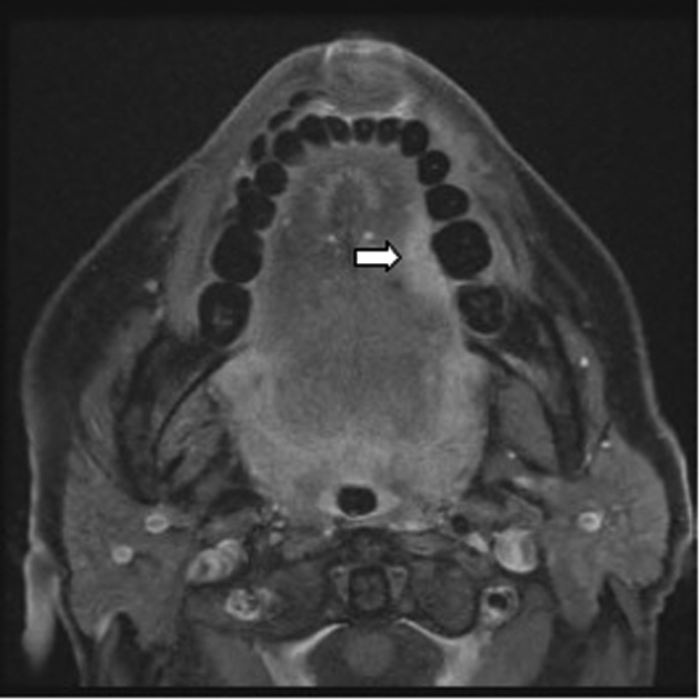 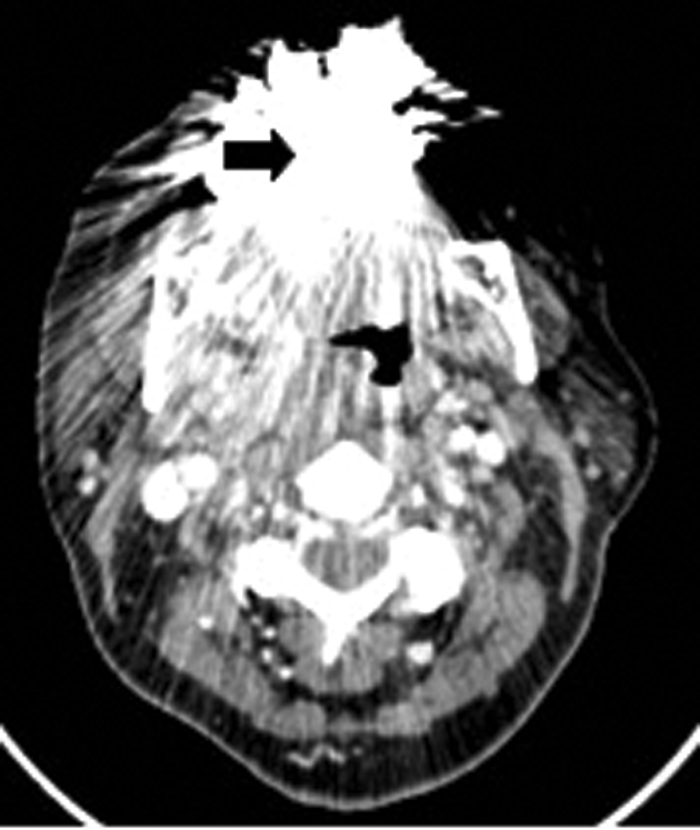 A 17-year-old male presented with a one week history of left otalgia and general malaise. Otoscopy was normal, but there was asymmetric left tonsillar enlargement. His inflammatory markers were raised suggesting sepsis. 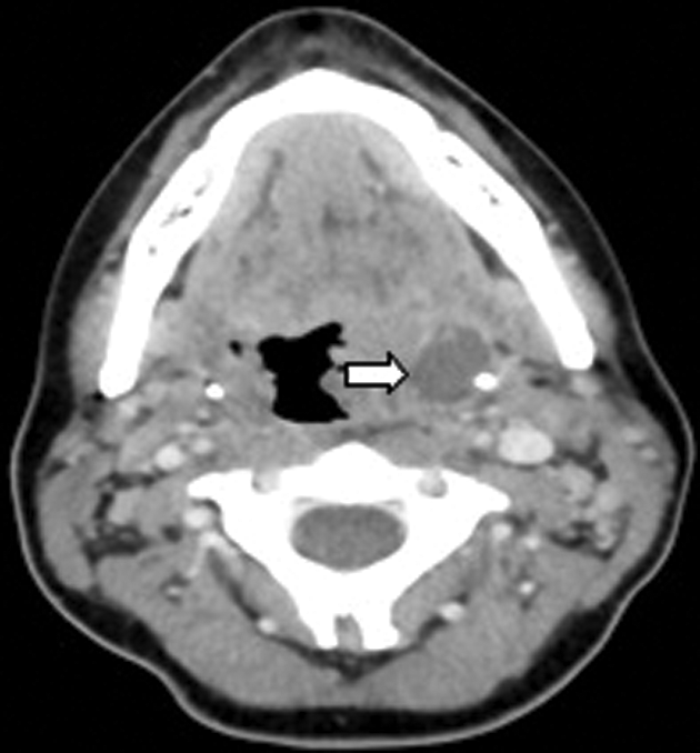 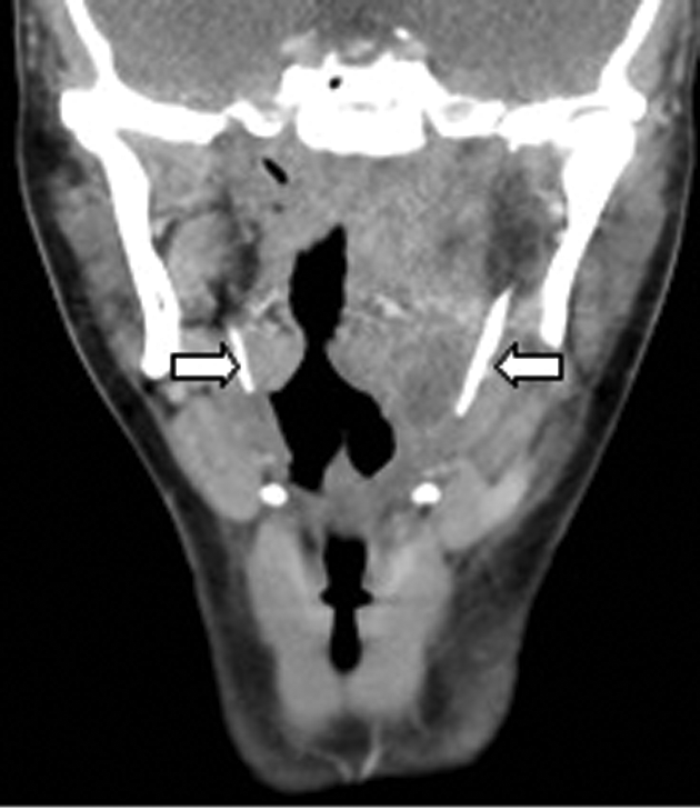 The imaging modality of choice of the palatine tonsil and oropharynx in an acute setting is CT. Although MRI may offer superior soft tissue information, it takes longer and its use is limited in an acutely unwell patient who cannot keep still.

A 47-year-old male presented with right-sided otalgia. Otoscopy was normal. Five years previously he had chemoradiotherapy treatment for squamous cell carcinoma of the right hypopharynx. There was mucosal irregularity of the right pyriform sinus. CT demonstrated a small recurrence in the pyriform fossa (Figure 10). CT is the imaging method of choice for the larynx and hypopharynx. MRI is useful in assessment of thyroid cartilage, however it is sensitive to respiratory motion. 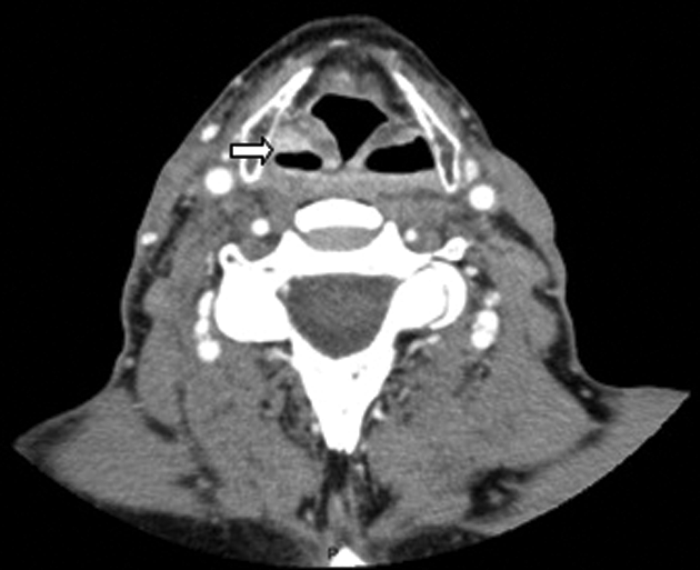 Referred otalgia is a red flag symptom. Clinicians and radiologists should be aware of the five Ts and tailor the imaging requests according to where the clinical suspicion lies. 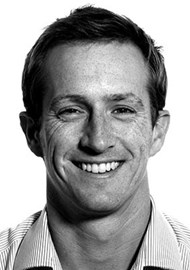