The management of thyroid malignancy and extent of surgery is controversial, especially considering the limitations of preoperative diagnosis. Neil Tolley provides guidance and reminds us of our responsibility not to over-treat.

In the UK, 16% of thyroidectomies are performed for cancer. The majority are for differentiated cancer, having an excellent prognosis and very low disease specific mortality. Nonetheless, 5-30% of patients develop loco-regional recurrence associated with a mortality of between 38-69%. Approximately 66% of these are diagnosed within 10 years of their original presentation. Inadequate primary surgery, poor preoperative planning and invasive disease are independent risk factors for disease survival.

A total of 3404 new cases of thyroid cancer were diagnosed in the UK in 2014, giving an overall incidence of 4.5:100,000. As a natural consequence of increased imaging of the neck, higher numbers of mainly small but also large tumours are being diagnosed. Thyroid cancer is increasing at 7% annually with a rise of 74% projected by 2035. In North America at the present rate of increase, it will be the most common cancer in women, second only to breast, by 2020. Although there is an increase in larger and more advanced tumours being diagnosed, 81% of new cancers are 2cm or less. Despite this, it has a very low disease specific mortality of only 1.35%.

“No patient has ever died of Thyroglobulinaemia and further treatment should not be given unless structural disease has been identified.”

Risk stratification based on American Thyroid Association (ATA) guidance following initial index surgery is useful as a predictor of recurrence (see Table 1). This distinguishes it from the tumour, node, and metastases (TNM) staging system which more accurately predicts survival, with most deaths being attributable to stage III and IV disease. By definition, larger tumours with capsular breach and nodal metastases are independent risk factors of disease specific mortality, particularly in those patients over 45 years of age.

The majority of new cancers are small with very low disease specific mortality. Thyroidectomy has the potential to cause morbidity and mortality in patients with favourable disease which has a greater patient impact than the actual cancer. Minimising complications, therefore, is a sine-qua-non in those patients, in particular the young, with excellent prognostic disease. The morbidity and mortality of both a vocal cord palsy and permanent hypoparathyroidism should be clearly understood by all surgeons performing thyroid surgery.

Specialisation and higher surgical volume are positive and independent predictors of lower complications and a shorter hospital stay. Surgeons with an annual workload in excess of 30 thyroidectomies have been shown to have a lower complication rate [1].

The fourth BAETS audit revealed that only 36% of cancer thyroidectomies had a preoperative diagnosis [2]. Follicular lesions accepted, thyroid cancer should be a preoperative diagnosis. As a consequence, appropriate surgical planning will facilitate a greater likelihood of adequate index surgery and less complications when compared to revision surgery.

Differentiated tumours greater than 1cm are generally treated by a total thyroidectomy, with there being no place for a prophylactic central compartment neck dissection. When there is overt clinical central compartment nodal disease, this is treated by therapeutic central neck dissection. Preoperative planning should always include a staging ultrasound scan (USS) of the lateral neck compartment. If lateral compartment disease is identified, a level IIA, III, IV and VB dissection should be performed. Nodal disease is most common at levels III and IV and particular attention should be paid to Chassaignac’s triangle, which is a frequent site for metastasis. There is no role for prophylactic lateral compartment neck dissection in differentiated disease. For medullary thyroid cancer (MTC) where the primary tumour is greater than 4cm, occult metastasis is common, even when the USS is negative. 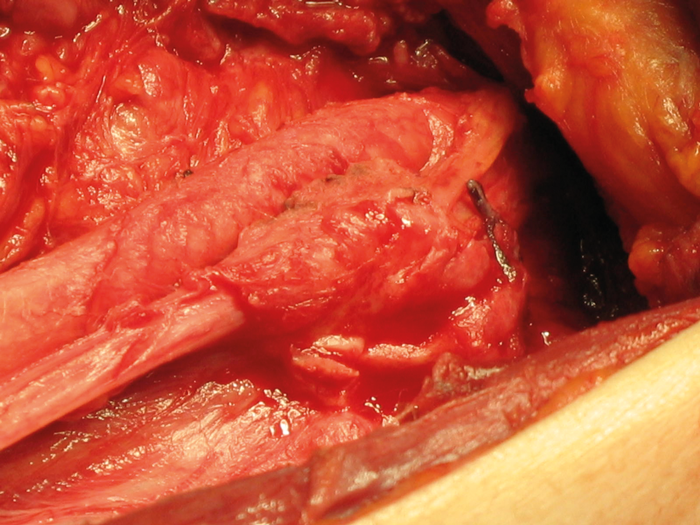 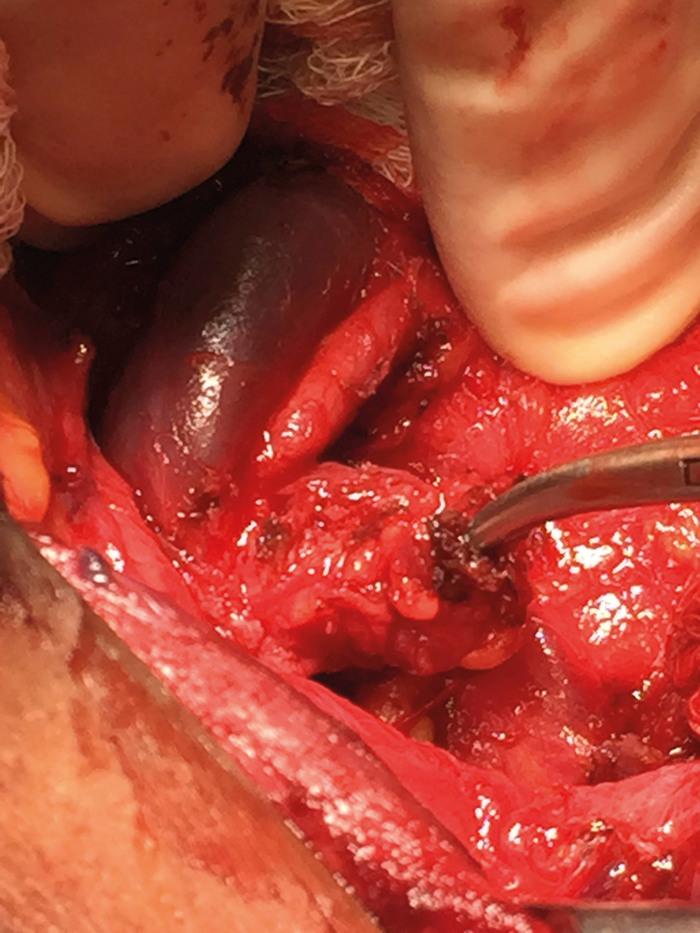 Figure 2. Invasion of the vagus nerve by papillary thyroid cancer. 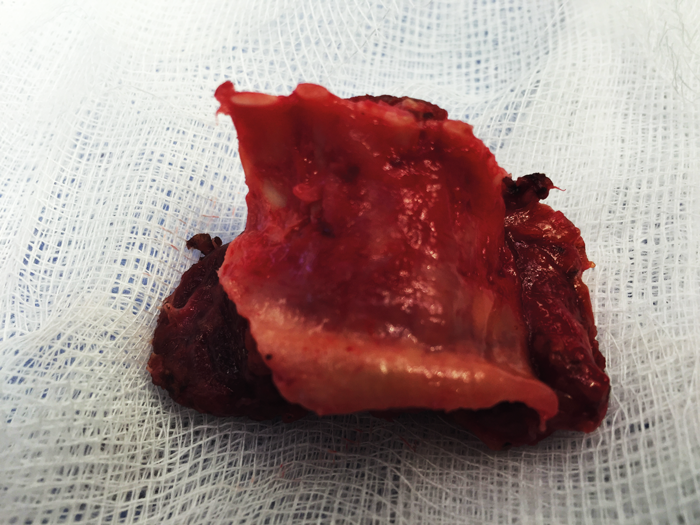 Figure 3. Tracheal resection in a case of intraluminal invasion by a papillary thyroid cancer.

Most centres will perform prophylactic bilateral lateral neck dissections in these circumstances for MTC. Level I is not dissected in thyroid cancer and a selective lateral compartment dissection has an extremely low morbidity in expert hands.

Following total thyroidectomy and thyroid-stimulating hormone (TSH) suppression, disease is monitored by measuring thyroglobulin (Tg) in differentiated and both calcitonin and carcinoembryonic antigen (CEA) in MTC. When recurrence is suspected by rising tumour markers, the clinician should decide whether this is biochemical or structural, the latter being revealed by cytology or imaging. It is imperative to identify structural disease before making a decision for additional treatment. No patient has ever died of thyroglobulinaemia and further treatment should be withheld unless structural disease has been diagnosed. For differentiated cancer, a rising Tg without structural disease identification should not, therefore, herald further radio-iodine (RAI) treatment. 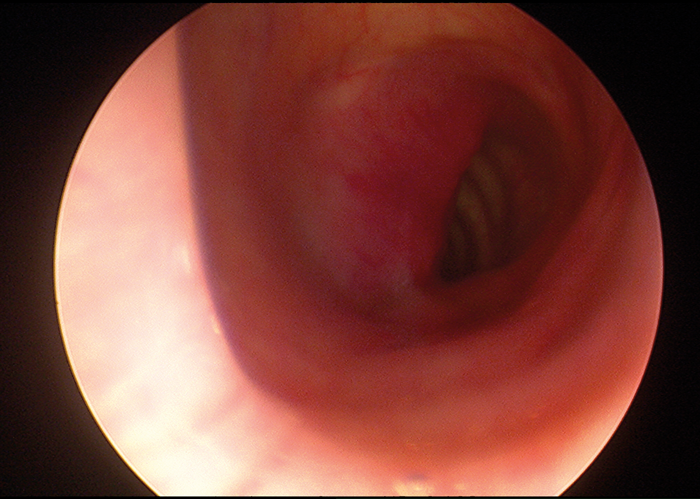 Figure 4. An endoscopic view of intraluminal invasion by a papillary thyroid cancer recurrence.
This was on the side of the patient’s only functioning nerve.

Invasive disease is relatively rare, occurring in 5-10% of patients. Incomplete excision is an independent risk factor for survival, with a mortality of 50% and 14% shown for incomplete and complete excision respectively. Locally advanced disease can affect both the central and lateral neck compartments. USS is a poor method for assessing level VI nodes which are best assessed by CT. Large thyroid tumours should routinely have cross-sectional CT imaging with the addition of contrast to exclude tracheal invasion; the theoretical disadvantage conferred by using an iodine rich contrast with radio-iodine stunning being irrelevant in this context. Level VII nodes are best diagnosed by CT and lung metastases confirmed by either CT or MRI. The latter not only has prognostic importance but also facilitates decision making both preoperatively and at the time of surgery.

Invasion of the oesophageal lumen is extremely rare although oesophageal muscle is frequently involved - this can be resected to mucosa which serves as a good barrier to invasive disease, unlike cartilage. Vocal cord palsy usually signifies recurrent laryngeal nerve (RLN) involvement being indicative of capsular breach by tumour. This signifies stage IV disease if the patient is older than 45. It is accepted practice that superficial tracheal invasion can be managed by shaving and postoperative radiotherapy (level III, D grade). 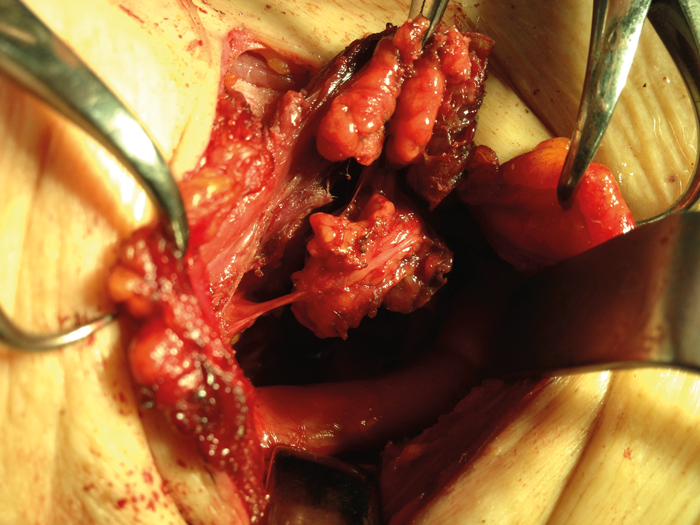 Figure 5. Invasion of the RLN in Thyroglobulin negative loco-regional recurrence.
This was on the side of the patient’s only functioning nerve.

Frank infiltration of the tracheal lumen, however, requires tracheal resection which has low morbidity in expert hands. Tracheal resection following radiotherapy, however, has such high morbidity that it is probably wise not to attempt it! In young patients and certainly those below 45 years of age, the use of radiotherapy to the tracheal bed following a shave technique may not be in their long-term interest. Subsequent local recurrence can be exceedingly difficult to manage if radiotherapy has been previously given. Distinct to lymph node metastases from squamous cell carcinoma, thyroid cancer patients do not die of uncontrolled lateral compartment neck disease.

“Thyroid cancer should be a preoperative diagnosis.”

Resection of the internal jugular vein (IJV), if required, can be undertaken but there is no role for carotid artery resection. In addition to IJV involvement, the vagal trunk can also be infiltrated by tumour. Only in exceptional circumstances should resection occur, as resultant swallowing and aspiration problems are frequently significant.

The surgery of advanced and recurrent thyroid cancer can be challenging. Decision-making for further treatment should be multidisciplinary, evidence based and balanced on a risk-benefit analysis for the individual patient. It must be appreciated that low volume local disease within the central compartment can be managed by surveillance where further surgery is indicated, only when significant growth and risk to local structures counterbalances the increased complications associated with revision surgery. Inadequate index surgery, poor preoperative assessment and planning in low volume centres are independent risk factors for both recurrence and mortality. External beam radiotherapy should be used judicially and seldom in patients below the age of 45 years, as recurrence following this presents as a very challenging surgical proposition. As in all surgery, specialisation and concentration in centres will benefit patients and enhance the training of future surgeons. 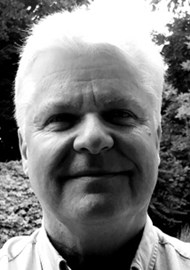