For those patients who have disseminated or unresectable thyroid cancer, Dr Arabella Hunt and Dr Kate Newbold review systemic treatments, their differences, toxicities and outcomes.

A proportion of patients, however, will develop advanced disease, not curable with standard treatment modalities, and conventional cytotoxic agents and radiotherapy have minimal efficacy in this setting.

The MAPK and PI3k/Akt pathways involve the expression of genes needed for growth, proliferation, cell migration and inhibition of apoptosis and are critical to the development and progression of thyroid cancer. Targeted molecular therapies, in particular small molecule multikinase inhibitors (MKIs) that inhibit cell surface receptors such as epidermal growth factor receptor (EGFR), vascular endothelial growth factor receptor (VEGFR) or intracellular kinases, such as RAF or MEK, disrupt these pathways with a consequent slowing of tumour growth.

Four MKIs have been licensed for treatment of advanced thyroid cancer: sorafenib and lenvatinib in iodine refractory thyroid cancer; vandetanib and cabozantinib in medullary thyroid cancer. All are oral preparations taken once or twice a day.

Sorafenib has activity against BRAF, Raf-1, PDGFR β, VEGFR2 and 3, Flt-3 and C-Kit [1]. In a randomised, double blind placebo controlled trial, the DECISION study [2], 419 patients with progressing, radio-iodine refractory DTC without prior MKI use were enrolled. Patients were randomised to receive 400mg twice daily of sorafenib or placebo. Crossover to sorafenib at the time of progression was allowed. The primary end point of progression free survival (PFS) reached statistical significance with a median of 10.8 months on sorafenib compared to 5.8 months for placebo (HR 0.59, 95% CI 0.45-0.86; p<0.0001). The overall response rate (ORR) for sorafenib was 12.2%.

Adverse events (AEs) were experienced by 98.6% of patients on sorafenib. It is useful to note that 87.6% of the placebo arm also showed side-effects, reflecting the study population was not asymptomatic from their disease or in perfect general health. The most common AEs were hand-foot skin reaction, diarrhoea, alopecia, rash, fatigue, weight loss, hypertension and hypocalcaemia. A higher rate of skin cancers (mostly squamous cell carcinomas) was also noted. Dose interruptions, reductions and withdrawals occurred in 66.2%, 64.3% and 18.8% of patients respectively. There was one death (caused by a myocardial infarction) felt to be directly related to sorafenib.

Lenvatinib has activity against VEGFR1-3, FGFR1-4, PDGFR α, RET and KIT [3]. The SELECT trial [4] was a phase III, randomised, double blind, placebo controlled, multicentre trial that recruited 392 patients with a diagnosis of metastatic or locally advanced radio-iodine refractory DTC and radiological progressive disease within 13 months. In contrast to the DECISION study, one line of prior MKI use was permitted. Patients were randomised to receive lenvatinib 24mg per day or placebo. At the time of progression, crossover to the lenvatinib arm was allowed.

The primary endpoint of PFS reached statistical significance with a median of 18.3 months for lenvatinib versus 3.6 months for placebo, (HR 0.21; 99% CI 0.14-0.31; p<0.001). Response rates were seen in 64% with lenvatinib versus 1.5% on placebo. Adverse events ≥ grade 3 were reported in 75.9% of patients taking lenvatinib and 9.9% of those on placebo. The most common side-effects were hypertension, diarrhoea, fatigue, weight loss, decreased appetite and rash. Hypertension (42.4%) and proteinuria (10%) were the most frequent G3 toxicities.

A total of 118 deaths were reported; 27.2% of the lenvatinib group and 35.9% of the placebo group. The majority of deaths were due to disease progression. There were six (2.3%) deaths in the lenvatinib group felt to be treatment-related. These included three deaths not otherwise specified, one pulmonary embolism, one general deterioration and one haemorrhagic stroke. Dose reductions were required in 67.8% of the lenvatinib group, most commonly due to hypertension and fatigue. A subsequent further analysis [5] showed that most adverse events occurred early and were responsive to dose reductions.

Vandetanib has activity against RET, VEGF and EGFR [6]. A phase III international placebo controlled study (the ZETA trial) [7] compared vandetanib (300mg/day) with placebo in 331 patients randomised in a 2:1 fashion. Patients with advanced MTC, sporadic (90%) or hereditary (10%), with a serum calcitonin level of ≥ 500pg/ml were eligible for the study. Crossover to vandetanib was permitted on disease progression.

The primary endpoint was PFS, with secondary end points including ORR and OS. Median follow-up was 24 months. Of the eligible placebo patients, 93% switched to vandetanib at the time of unblinding. There was a statistically significant improvement in PFS for those patients on vandetanib compared to placebo, with a predicted median PFS of 30.5 months versus 19.3 months (HR 0.46; 95% CI 0.31-0.69, p<0.001). ORR was 45% versus 13%.

The median duration of treatment was 90.1 weeks on vandetanib group and 39.9 weeks on placebo. A total of 31 patients discontinued treatment due to AEs, 12% on vandetanib and 3% on placebo. The most common side-effects of vandetanib were diarrhoea, rash, nausea and hypertension. Grade 3/4 diarrhoea, hypertension and fatigue occurred in more than 10% of patients. Prolongation of QTc occurred in 8% of patients, although there were no reports of torsades de pointes. Five deaths reported in the vandetanib arm included aspiration pneumonia, respiratory failure, respiratory arrest, staphylococcal sepsis and arrhythmia followed by acute cardiac failure. The likely relationship of these deaths to vandetanib was not reported. Overall, the drug was well-tolerated with most side-effects managed with dose reductions (35% in the vandetanib arm) and supportive measures.

Cabozantinib has potent activity against VEGFR2 and MET as well as RET, KIT, AXL and FLT3 [8]. The efficacy of cabozantinib was investigated in the EXAM trial [9], a phase III double blind placebo controlled trial. Patients with histologically confirmed, unresectable, metastatic or locally advanced MTC were recruited. In contrast to the ZETA trial, radiological evidence of disease progression within 14 months was required. A total of 330 patients with sporadic or inherited disease were included and prior exposure to tyrosine kinase inhibitors was permitted. Randomisation was to cabozantinib 140mg or placebo. There was no crossover at time of progression in this study.

The study’s primary endpoint of PFS reached statistical significance at an estimated 11.2 months versus 4.0 months in the cabozantinib and placebo groups respectively, hazard ratio 0.28 (95% CI, 0.91-0.40; p<0.001). Prolongation of PFS was seen across all pre-specified subgroups, including all RET mutation subgroups. Overall response rate was 28% in the cabozantinib group compared to 0% in the placebo group (p<0.001) with median estimated duration of response of 14.6 months (95% CI 11.1-17.5 months).

The majority of AEs were managed with either dose reductions (79%) or dose interruptions (65%). Grade 3/4 toxicity was reported in 69% of patients on cabozantinib and 33% of patients on placebo. The most frequent grade 3/4 toxicities on cabozantinib were diarrhoea (15.9%), palmar plantar erythrodysesthesia (12.6%) and fatigue (9.3%). As with the other MKIs, hypertension was common but perforation and haemorrhage were also reported. Grade five AEs were noted in 7.9% on cabozantinib similar to the placebo group (7.3%).

Although the PFS for cabozantinib appears shorter than that of vandetanib in this setting, the EXAM and ZETA populations are not comparable. The PFS for the placebo group was considerably shorter in EXAM compared to ZETA, suggesting a population with more advanced or aggressive disease. 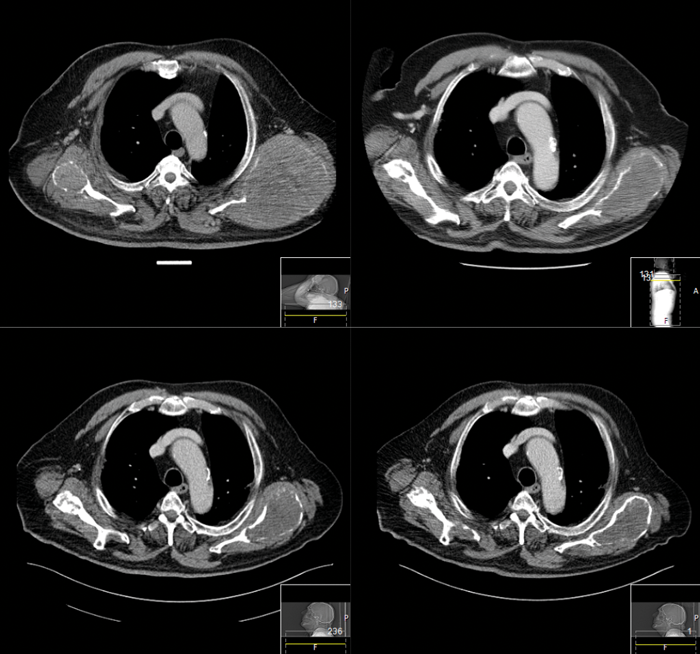 In all studies discussed above, the secondary endpoint of OS did not reach significance. The high rates of crossover from placebo to active drug in DECISION, SELECT and ZETA studies and the immaturity of the data at the time of reporting probably contribute to the difficulty in identifying an OS advantage. However, without evidence of this, the decision to start a MKI should be made with a clear goal of treatment carefully weighing up the likely clinical benefit over toxicities for the individual patient (see Figure 1).

There is significant overlap of toxicities of the different MKIs as summarised in Table 1. A full review of the management of these side-effects is beyond the scope of this article but excellent reviews providing advice on toxicity management are available [10,11,12].

Prompt management of the side-effects of MKIs is essential to ensure treatment can continue with minimal negative and maximum positive impact to the patient. Medical optimisation and education on how to manage expected side-effects prior to initiation of a MKI is recommended. Whilst on treatment, patients should initially be seen frequently for early review of toxicity and to implement dose reductions or concomitant, supportive medication if necessary. Once established on a manageable regimen, intervals of clinic reviews can increase.

The treatment of advanced thyroid cancer has developed with the advent of targeted therapies. Although a PFS advantage has been shown, an impact on OS has yet to be proven. An increased understanding of predictive biomarkers including histopathological, molecular and demographic factors, has the potential to guide the most effective treatment selection for individual patients. Continued enrolment of patients into clinical trials is encouraged to further understand the impact of novel agents and to improve the outcomes for patients with advanced thyroid cancer. 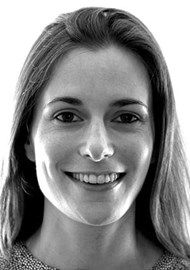 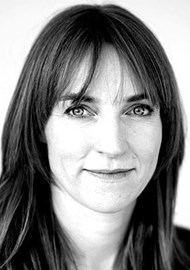