Tycho Brahe (1546-1601) is a familiar and colourful figure in the history of science. The immense quantity of data he collected during his lifetime would enable the work of Johannes Kepler and has gained him admission to the astronomical pantheon. In this article, George Greenlees explores Brahe’s other claim to fame of more interest to the ENT surgeon – his damaged nose. Sometimes referred to as ‘the man with the golden nose’ Brahe’s prosthesis is nothing if not uncontroversial. There is little consensus on the size, appearance or composition of the replacement and some have even gone as far as to implicate it in its wearer’s death. 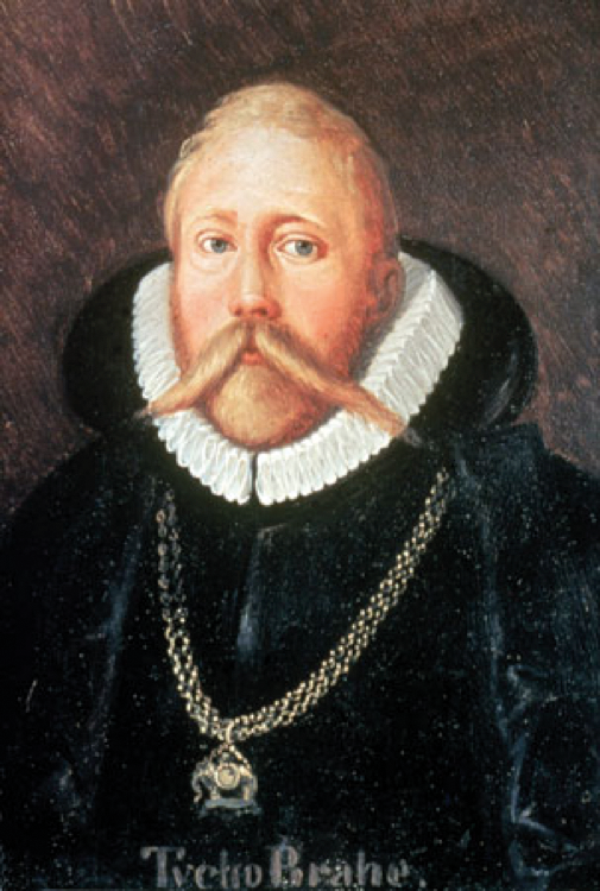 Tyge (Tycho) Ottesen Brahe (Figure 1) was born into a noble Danish family on the 14 December 1546. Showing an early aptitude for mathematics, he embarked on a tour of Europe’s universities at the age of sixteen. Leaving Denmark in 1562, Brahe crossed the Baltic to Saxony, arriving in Rostock in the autumn of 1566. At a party in early December, however, he was drawn into a quarrel with his fellow student and cousin, Maderup Parsberg. The subject of their altercation is not known, although academic prowess and a shared love interest have both been suggested.

“The combination of two hot-blooded young men, heavy drinking and the universal carriage of swords made violence inevitable.”

Two weeks later they quarrelled again, this time with life-changing consequences for Brahe. The combination of two hot-blooded young men, heavy drinking and the universal carriage of swords made violence inevitable. Jacob Stolterfoht kept a remarkable account of the incident:

“But unexpectedly got into an argument with one of the table companions, and soon they were so wrought up, speaking in the Danish language that they demanded swordplay of each other, stood up forthwith and went out….But when they came out into the churchyard the others were in full brawl” [1].

In his biography of Brahe, Victor E Thoren argues that while Brahe is famous for the loss of his nose, the details of his injuries are far from clear. The extent of his disfigurement is difficult to ascertain with substantial variation in depictions of Brahe. Whilst one or two academic papers refer to a “major part” or “most of his nose” this is not congruent with the majority of contemporary depictions of Brahe [2, 3]. Generally, Brahe is shown wearing a prosthesis covering only the bridge of the nose with little apparent damage to the alae and apex (Figure 2). 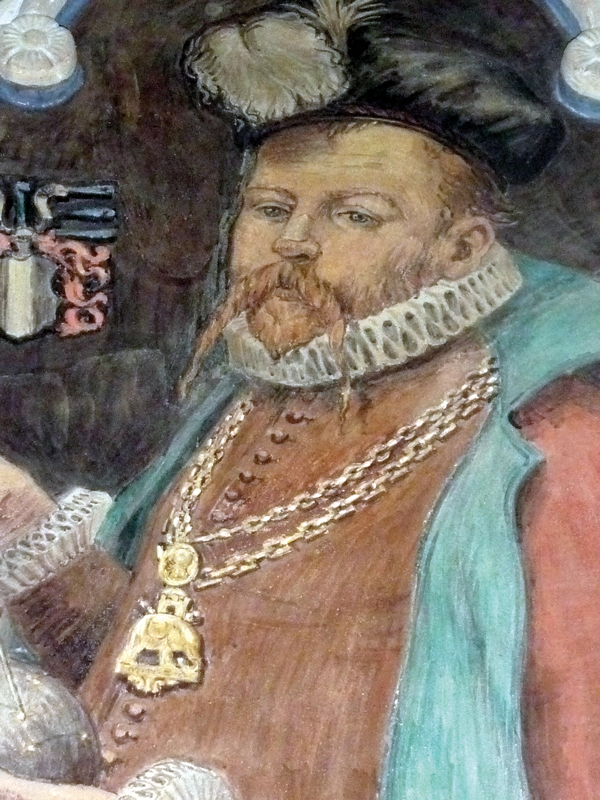 Figure 2: Detail from a wall painting in the Rådhus, Copenhagen, Denmark.

Photographs of Brahe’s skull made at the time of the second exhumation in 2010 reveal nasal bones that are grossly intact but with perhaps a slight defect on the left-hand side (Figure 3). It can therefore be concluded that the main nasal injuries sustained by Brahe were to the lateral cartilages and the cartilage of the septum. 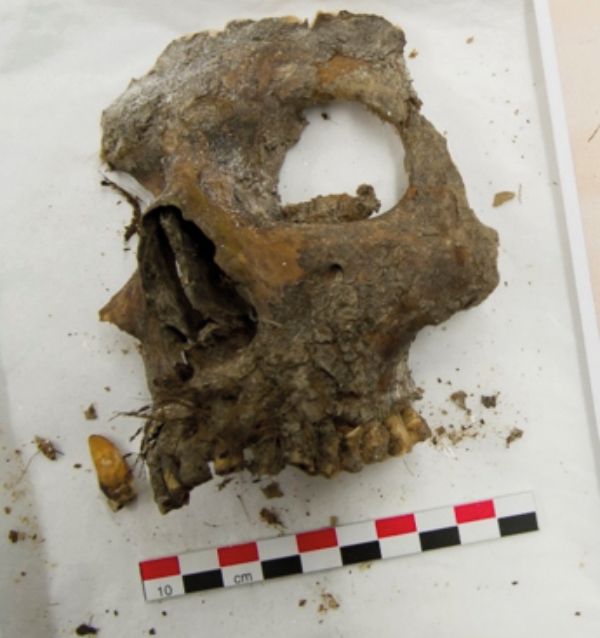 The swing of a broadsword had not yet given way to the deft thrust of a rapier and Tycho was lucky to sustain such apparently minor injuries. Nevertheless, he was still extremely fortunate not to develop a fatal infection as he convalesced. It is also interesting to note that the Brahes were a famously martial family and it is therefore somewhat surprising that he disguised his injuries with a false nose. By the time he returned to Denmark, however, he was already experimenting with prostheses.

The man with the golden nose?

The multitude of wars, brawls and duels combined with an epidemic of syphilis created a high demand for attempted nasal reconstruction in sixteenth century Europe. Given the rudimentary state of surgery, however, it is hardly surprising that Brahe opted for a prosthesis.

Regarding the composition of the prosthesis, gold is the most commonly postulated as well as being the material that has entered popular imagination. Gold is malleable, resistant to corrosion and certainly would not have been beyond the means of a nobleman. It is noteworthy that Brahe’s contemporary, the French surgeon Ambroise Paré, designed a nasal prosthesis composed of gold and silver [4]. 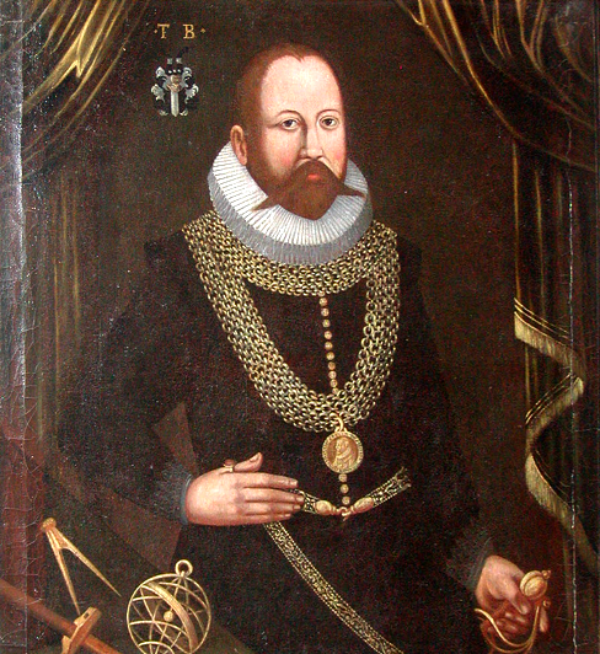 Tycho’s early biographer Pierre Gassendi describes an alloy of gold and silver, mixed so as to appear flesh-like in colour [5]. In many paintings, however, the prosthesis is virtually indistinguishable from the surrounding skin (Figure 4). Therefore it seems likely that the prosthesis was painted rather than manufactured using a blended alloy. It seems rather universally accepted that Brahe used a putty to attach his prosthesis to his face and carried this around in a small pot [6].

Brahe died in Prague in 1601 at the court of Habsburg Emperor Rudolph II. At the time he was commonly believed to have died from a kidney stone or ruptured bladder but there was to be another development.

In 1901 a team led by Heinrich Matiegka opened Brahe’s grave in Prague, hoping to ascertain whether his remains were still there. Whilst Brahe was still within his coffin, his famous nose was not. Frustratingly, it appeared that he was either buried without it, or with one that easily decomposed. Even more interesting were the tests undertaken on Brahe’s bones which revealed the presence of mercury. Had Brahe in fact been poisoned by a jealous rival? Or even a toxic nose?

“Had Brahe in fact been poisoned by a jealous rival? Or even a toxic nose?”

It would take nearly a century for a conclusive answer to be found. Brahe was exhumed one final time by a team from Aarhus University in 2010. Spectroscopic analysis of his bones and hair once again detected mercury but not in sufficient quantities to cause death. The team concluded that the presence of mercury was probably as a consequence of Brahe’s scientific experiments with the metal. Analysis of the bones of Tycho’s skull revealed high levels of copper and zinc, leading Vellev’s team to surmise that he had frequently worn a brass prosthesis [7].

Two exhumations, much scientific analysis and centuries of speculation have finally solved the riddle of the astronomer’s nose. Whilst Brahe is rightly remembered for his contributions to astronomy, the story of the duelling scientist and his brass nose remains a fascinating one for both surgeons and historians alike. 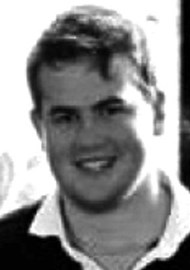