As our understanding of the pathophysiology of CRS evolves, so do our treatment strategies. It is accepted that in many cases, the main role of surgery is to allow better penetration of topical therapies to the sinus cavities. What, then, is the role of the endoscopic modified Lothrop (Draf 3) procedure in inflammatory CRS? Should it be reserved for salvage procedures or performed primarily? Richard Harvey and Gretchen Oakley talk us through the debate.

Treatment paradigms in chronic rhinosinusitis (CRS) have changed dramatically in the past decade. Surgery is applied along two separate philosophies. The first follows the traditional tenets of potential pathophysiology with interventions designed to alleviate ostial obstruction and restore ventilation. This type of disease is very localised, anatomically limited and focal surgery is applied.

Simple ostiomeatal complex surgery for a patient with unilateral maxillary, anterior ethmoid and frontal sinus disease is an example of this disease process. But what about the CRS patient that has patchy diffuse disease? Surely there isn’t ostial obstruction occurring in a patchy distribution. Studies have shown that in nasal polyposis and eosinophilic CRS, there is no relationship between ostial occlusion and disease in the associated sinuses [1].

The surgical goal in patients with an inflammatory upper airway disorder is to create a neo-sinus cavity, widely exteriorised, in order to allow the patient to deliver local topical therapies, mainly corticosteroid, and to move away from relying on systemic medication to control their condition [2].

While the modified Lothrop, Draf 3 or common frontal sinusotomy is widely accepted as a technique to access the frontal sinus for tumour, CSF leaks, mucoceles or complex frontal cells, its role in CRS is less well defined. Unfortunately, in some rhinologic practices, radical surgical techniques have been applied to patients more because they continued to complain of symptoms rather than in an organised strategy of how that surgical intervention was going to alter the underlying pathophysiologic process driving their condition. This is very true for eosinophilic CRS (eCRS), Samter’s triad or aspirin exacerbated airway disease (AERD) and nasal polyposis. The majority of patients with nasal polyposis will have eosinophilic inflammation and respond to corticosteroid therapy.

“As our understanding of the disease process evolves so should the philosophy of surgical interventions for inflammatory CRS.”

The goal of surgical intervention in these patients is to allow corticosteroid solutions to penetrate the sinus cavity, as simple sprays and unoperated sinus cavities don’t allow for local therapy penetration [3]. Unfortunately, the frontal sinus has very poor local access compared to the other sinus cavities [3]. Even with a frontal recess dissection (Draf 2a), topical therapy access to the frontal sinus is limited [4]. Although head positioning can assist with this penetration, it can’t completely overcome the limitations and is not as effective as post-Draf 3 [4].

Just as ostia size affects penetration of nasal irrigation solutions to the other sinuses [3], the same is true for Draf 3 frontal sinusotomy. A scarred, narrowed opening is not going to be ideal for removing the thick eosinophilic mucin produced by inflammatory airway disorders and delivering topical therapy (Figure 1). Few surgeons wish to start their operation in the tight confines of a disease-affected and potentially scarred frontal recess. Such an approach leads to a long, agonising operation rarely achieving a maximal opening.

Figure 1. A narrowed and stenotic frontal opening that is not part of the remaining sinus system is considered suboptimal (A) compared to a common frontal sinusotomy that includes the frontal as part of the sphenoethmoidectomy, creating a neo-sinus cavity (B).

Recent changes in surgical technique where the limits of the Lothrop / Draf 3 cavity are discovered early in the procedure and all the dissection occurs with a 0 degree endoscope have greatly improved the application of the common frontal sinusotomy to patients with inflammatory airway disease. This “outside-in” approach is merely a modification of what Wolfgang Draf performed with the straight view of a microscope, but adapted to the endoscopic era [5] (https://www.youtube.com/channel/UCT5IlPYouT2x-zpsK-bt8Bg). The operation is performed in much less time and maximises the size on approach (Figure 2). Mucosal grafting and silastic sheets have further refined healing (Figure 3).

Figure 2. The ‘outside-in’ approach to Draf 3 uses a 0 degree endoscope to find the periosteum and first olfactory fascicle early in the case (A) and then drilling proceeds without angulation to create a maximal opening (B).

Figure 3. Mucosal grafts to the exposed bone (A) greatly improve healing and silastic sheets (B), cleverly cut, will avoid crusting without obstructing either airflow or the frontal sinus cavity.

There is no debate over applying a Draf 3 to access pathology of the frontal sinuses if not otherwise accessible via a simple frontal sinusotomy. A common frontal sinusotomy is performed routinely to remove neoplasia, repair CSF leaks and access complex frontal cell arrangements. The final question relates to the timing of when to apply a wide opening to the frontal sinus for merely treating inflammatory CRS. Perhaps in patients with limited or focal ostial disease in the frontal, the Draf 3 might only be used when cell anatomy can’t be reached or as a salvage procedure when poor healing and scarring occurs.

However, in patients with a recognised inflammatory sinus disorder (i.e. those patients with nasal polyps and especially those with broader lower airway involvement) there is evidence that if we are to make the most of local treatments, then we should consider the Draf 3 earlier in their management. Patients with these disease features often eventually end up getting a common frontal sinusotomy surgery under the care of rhinologists and do well from it [6]. After limited sinus surgery, the frontal recess is the most common site of persistent disease in this group with 90%+ persistent oedema here [7]. Of course, there is no premise that simply ‘opening up’ the sinus widely helps in its own right but it’s critical as part of a treatment strategy that involves local corticosteroid delivery to the frontal sinus.

As with our evolving understanding of the disease process in CRS, and especially inflammatory CRS conditions, the surgical philosophy needs to evolve. Ventilation as a concept in pathogenesis is restricted to only limited or anatomically restricted CRS disease. In patients with diffuse changes, the application of topical corticosteroid irrigation solutions in a remodelled sinus cavity provides a powerful strategy to manage eCRS and nasal polyposis. The modified Lothrop, Draf 3 or common frontal sinusotomy is a critical feature of this approach. 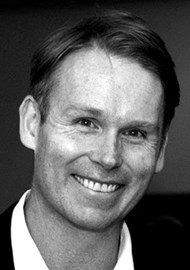 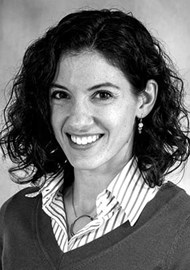