The Ewings and paediatric audiology
By Laura Dawes

Medical historian, Laura Dawes, discusses how Irene and Alexander Ewing were instrumental in shaping paediatric audiology in the first half of the 20th century.

Irene and Alexander Ewing were the power couple of audiology in the UK in the mid-20th century. They are particularly noted for promoting early diagnosis of hearing loss, and the amplification of residual hearing. This article examines the contribution they made to their field.

On 15 January 1919, the Victoria University of Manchester’s Department of Education for the Deaf was established – the first of its kind in the world. The accomplished and experienced Teacher of the Deaf, Irene Goldsack, was selected for the Ellis Llwyd Jones lectureship (Ellis Llwyd Jones was deaf and the son of a Manchester cotton merchant. His estate funded the centre). Like most oralist teachers, Irene believed in the importance of encouraging children to speak, but her child-centred and progressive approach made her a controversial choice in the eyes of the National College of Teachers of the Deaf. 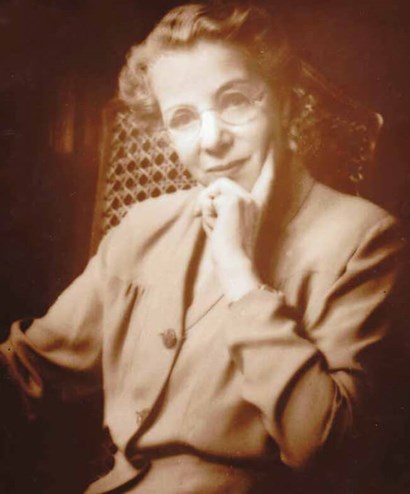 Goldsack developed a teaching Bachelor’s degree and certificate, combining the general teachers’ programme taught by the Education Department and courses that were specific to deaf education. She also offered evening classes to the public, teaching lipreading based on the techniques she herself used to communicate (she was diagnosed in 1918 with otosclerosis). She published a textbook on lipreading, and five more on deaf education and audiology.

Amongst the second intake for the certificate course was Alexander Ewing; Goldsack and Ewing married a year after Alex’s graduation. Alex set up a private clinic in Manchester where he taught deaf children, using the methods and hearing equipment that were being developed in the department. His ties with the university were strengthened when he took his PhD at the Faculty of Medicine.

With the teacher training programme settled, from the late 1920s the Ewings concentrated on research. In 1928, the University Council granted the department some money to buy an audiometer. It was imported from the USA and could produce pure tones across the range of speech frequencies (64-8192Hz) with adjustable settings for volume. Alex’s early investigations using this audiometer showed that most deaf children had some residual hearing; moreover, children who had residual hearing at low frequencies were still likely to struggle with developing and understanding speech because they could not hear characteristic components of speech above 256Hz.

These two findings added support to what would become one of the crucial elements of the Ewings’ approach to deaf education: it was critical to exploit any residual hearing capacity, using hearing equipment. At the time, this was contrary to many deaf schools’ philosophy which was that it was detrimental to use electronic or mechanical means to boost deaf children’s capacity to hear. The reasoning was that it might hinder the child when he or she was learning to lipread. Irene, however, believed that “hearing is the strongest incentive towards speech and language…a vital experience (and) the basis for the natural development for speech” [1]. Children whose residual hearing could be used in this way were more likely to learn to speak, would speak more spontaneously and fluently and with a pleasantly modulated tone, and would do better in general educational attainment. 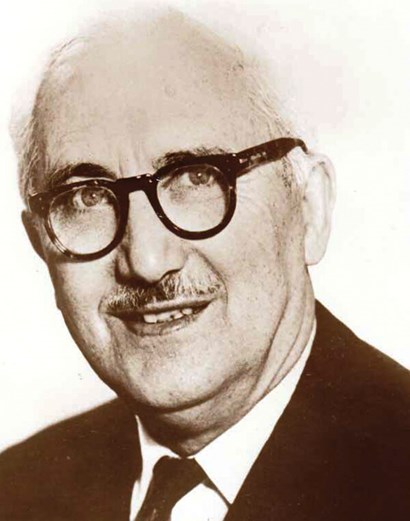 One of the biggest boosts to the department’s developing interest in audiological technologies arrived in 1933: Thomas Simm Littler, a physicist specialising in electroacoustics. Littler set to work on developing amplification equipment. As well as hearing aids, he invented and built binaural group hearing aids for use in classrooms - technology which had a rapid uptake in other schools.

From 1934 onwards, the department established a clinic for children under five referred for hearing testing, reinforcing Irene’s conviction that early identification of deafness in the child was very important and that early intervention was also possible. By 1938, Irene Ewing was running guidance classes for parents of these children. She published her approach in small pamphlets and in a series of booklets for the National Deaf Children’s Society. The tone was positive and reassuring, however she was known for being quite strict with parents! The Ewings also developed hearing tests suitable for use with children, using ‘meaningful sounds’ at a range of frequencies to develop a behaviour-based hearing test. This eventually became the Ewings’ famed Distraction Test.

During World War Two, Alex and Littler counselled the Air Ministry on hearing protection, whilst Irene advised the Red Cross on lipreading education for deafened prisoners of war. Towards the end of the war, some of Irene’s lipreading pupils helped the Ministry of Health investigate what provisions should be made for deafness in preparation for the NHS coming into operation. In peacetime, the Ewings embarked on successful tours of the USA, Canada and Australia, demonstrating their techniques and sharing their expertise. Alex was knighted in the 1958 for his services to audiology and deaf education. Unfortunately, the following year, Irene died of leukaemia. Alex continued as director of the department, remarrying in 1961 to Irene’s niece, Ethel Goldsack, who was also a Teacher of the Deaf. Alex officially retired in 1964 and died in 1980.

The Ewings’ legacy in audiology and education is a complex one - their strong advocacy of oralism entangled their work in the heated oralist/manualist schism. They were personally very well liked; Irene’s engagement with her students and Alex’s exquisite manners made them well regarded and admired. Their work established that early identification of deafness was highly desirable; the distraction test pushed the age of diagnosis down from two-to-three years to a potential six or so months. They also brought attention to the fact that deafness has different degrees, that high-frequency deafness in particular is a major setback to a child’s ability to comprehend and reproduce speech, and they were forceful advocates of using hearing aids and other equipment to leverage residual hearing. Critically, the Ewings had a positive outlook on the possibilities for young deaf people – parents could be reassured that intellectual or professional aspirations did not have to be put aside because their child was deaf. 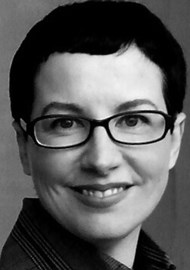