Professor Ashok Shaha describes the evolution in the treatment of thyroid cancer that he has witnessed over the last decade and the invaluable progress made by himself and others, from their contributions to staging systems and guidelines.

Nuances and paradigm shifts in the management of thyroid malignancy have been noted in the last decade. The story of thyroid surgery spans over 150 years and was initially thought to be butchery: it was even suggested that ‘no honest and sensible surgeon would ever engage in thyroid surgery’.

Theodore Kocher’s contributions to thyroid surgery are well known, with his major interest in thyroid physiology and, more importantly, reducing surgical mortality from almost 40% to less than 0.5%, securing him the Nobel Prize. Thyroid surgery continued to evolve in the same direction for the entire 20th century, but over the last 10 years we have seen several innovations, with contributions from molecular biology, innovative surgical techniques and improvements in our understanding of thyroid cancer biology. The identification of prognostic factors and risk groups analysis (low, intermediate and high) have helped us better define treatment decisions. This article will discuss the major shifts and contributions in thyroid surgery over the last decade.

The rising incidence of thyroid cancer

The incidence of thyroid cancer has risen enormously, almost quadrupling in the United States over the last two decades; approximately 56,870 new patients with thyroid cancer are expected to be seen in 2017. The incidence of thyroid cancer has risen almost 15-fold in South Korea. Clearly this is related to incidentally found thyroid cancers, which would have remained quiescent for the rest of the patient’s life, that are now apparent on unrelated investigations and imaging studies. If this trend continues, approximately 200,000 thyroidectomies will be performed in the United States by the year 2020. This has generated considerable health costs and emotional concerns amongst the patients and their families. There is an undeniable direct impact on the quality of life of patients undergoing total thyroidectomy.

Most thyroid nodules noted today are incidental findings on routine physical examination, but are also on a variety of imaging studies of the neck, such as carotid ultrasound, breast ultrasound with extension into the neck, or imaging studies such as CT scan and MRI. In oncologic institutions PET scanning is another common investigation identifying hypermetabolic thyroid nodules. The incidence of thyroid cancer is approximately 30-40% in patients presenting with a unifocal hypermetabolic thyroid nodule on a PET scan. These nodules should not be neglected, despite generating considerable anxiety in patients who are already suffering from other tumours. Appropriate further investigations should be undertaken, including ultrasound and ultrasound-guided needle biopsy.

Evaluation of a thyroid nodule

The classical evaluation of thyroid nodules was a thorough clinical evaluation and appropriate imaging studies. Ultrasound continues to contribute greatly, either describing non-suspicious nodules or identifying suspicious punctate calcification, irregular margins, hypervascularity and the presence of pathological lymph nodes. Even though fine-needle aspiration biopsy has been the key investigation in the evaluation of the thyroid nodules, approximately 30% of the needle biopsy reports are atypical or indeterminate. The Bethesda classification has helped unify the reporting system; however, Bethesda III and IV have always generated considerable interest in molecular investigations.

Molecular markers (Thyroseq) and gene expression classification affirma (GEC) have been commonly used for further evaluation of these indeterminate nodules. The high costs of these investigations should be considered when applying to individualised and personalised decision-making. Molecular markers such as BRAF, RAS, and TERT have shown high incidence of presence of thyroid cancer. Whether these molecular markers will be of help in evaluating aggressiveness of thyroid cancers and aid decision-making regarding extent of treatment and follow-up, remains uncertain.

In surgery for the primary thyroid cancer, the major prognostic factors have been identified at several centres: these are age, grade of the tumour, extrathyroidal extension, and size of the tumour. The Mayo Clinic also defined completeness of resection as a major prognostic factor supporting the need for adequate and appropriate surgery. The Memorial Sloan Kettering Cancer Center defined the risk group stratifications in well-differentiated thyroid cancer as low, intermediate, and high risk groups (good, bad and ugly).

The decisions regarding extent of thyroidectomy are best made based on the prognostic factors and risk group stratification. The aim of management of thyroid cancer should be to avoid over-treatment and treatment-related surgical and medical complications. The debate continues regarding the extent of thyroidectomy between lobectomy versus total thyroidectomy, and decisions are best made based on risk group stratification. The low risk group patients generally require a lobectomy and will lead essentially normal lives with a survival exceeding 98% with adequate treatment. If the preoperative ultrasound shows presence of multiple nodules on both sides, these patients generally require total thyroidectomy.

The understanding of the extrathyroidal extension is critical and the initial surgical decision is extremely important in the long-term control of thyroid cancer. Patients undergoing lobectomy appear to have better quality of life and not all of them may need thyroid medication for the rest of their lives. Clearly, the complications of nerve injury and temporary or permanent hypoparathyroidism need to be considered in the management of thyroid cancer, especially so in the extent of surgery. Patients presenting with aggressive thyroid cancer, high risk groups or aggressive histology will certainly require total thyroidectomy and adjuvant therapy.

Management of the neck

The presence of metastatic neck nodes in thyroid cancer is a common clinical and surgical finding. The preoperative ultrasound and neck mapping has helped surgeons define suspicious lymph nodes with subsequent needle biopsy cytology and thyroglobulin assay on needle aspirants. However, biologically thyroid cancer is a unique human neoplasm, where presence of nodal metastasis has not shown a major impact on the long-term outcome and prognosis; yet it has shown a higher incidence of further recurrences in the neck, necessitating additional surgeries.

Several guidelines have been published around the world in management of thyroid cancer. However, the ATA guidelines have made a major impact in the last decade in the United States. The first guidelines were published in 2006 and subsequent revisions made in 2009 and 2015. The most recent guidelines reflect the current understanding of thyroid tumour biology and risk group stratification. The major paradigm shift in these guidelines includes minimising the extent of surgery and limiting lobectomy up to 4cm for well-differentiated thyroid cancers, the philosophy of observation of micro-carcinomas, avoiding prophylactic central compartment neck dissection, appropriate voice evaluation prior to surgery, use of CT scans with contrast in selected patients with locally aggressive thyroid cancers, dedicated guidance on rarer tumours, and individualised decision-making in the use of radioactive iodine.

A change in nomenclature has also been made for encapsulated follicular variant of papillary carcinoma to non-invasive follicular tumour with papillary-like nuclear features (NIFT-P). There has been a major change in the use of radioactive iodine, which was almost universally used at the end of the last century and now is more selectively prescribed in patients with well-differentiated thyroid cancer. There is also considerable emphasis on the use of external radiation therapy in locally aggressive thyroid cancers, especially with poorly differentiated components or aggressive histology. In parallel, the field of medical oncology has made an enormous impact in the last decade for patients with recurrent and metastatic thyroid cancer using targeted therapies.

The 8th Edition of Thyroid Cancer Staging was recently published by AJCC / UICC and represents a major adjustment in the staging of thyroid cancer and, more importantly, the application of tumour biology. The age cut-off has been extended to 55 years old, which will downstage approximately 30-35% of the patients from stage III to stage I or II. There is a change in the T-staging with elimination of minor extrathyroidal extension as a prognostic factor. The N-staging of N1a and N1b in levels VI and VII are grouped together as N1a; the lateral neck nodes remain grouped as N1b. However, the implication of nodal metastasis and its impact on prognosis is minimal.

The follow-up of patients with thyroid cancer is directed by the risk group stratification. Low-risk patients require minimal investigations such as thyroid function tests and thyroglobulin every 6-12 months and ultrasound every year for the initial few years, with subsequent intervals of three to five years. The overall survival in the low-risk group exceeds 98%. Our current issue still revolves around locally aggressive thyroid cancer and high-risk group patients and where we should involve our resources. The understanding of quality of life for patients with thyroid cancer or following total thyroidectomy needs to be redefined as some of these patients may not return to their normal life. Most patients live very happily with thyroid replacement but some just don’t feel well and may suffer with lack of energy.

Even though Kocher described his thyroidectomy surgical technique more than 100 years ago, several innovations and technological advances have made a major impact, including the widespread acceptance of intraoperative nerve monitoring and special energy devices, such as Harmonic and Ligasure. A reluctance to accept an incision on the neck led Chung from Seoul, Korea, to develop transaxillary robotic thyroidectomy and there is now a large series of this surgical technique. Endoscopic thyroidectomy was initially popularised by Paolo Miccoli from Pisa, Italy, and involves a small surgical incision and resection of the thyroid gland with the benefit of greater magnification for recurrent laryngeal nerve and parathyroid glands. Recently, transoral thyroidectomy has been described and popularised by Anuwong Anuwone from Thailand. We still lack longitudinal follow-up on these new surgical techniques and whether they will become primary surgical procedure remains to be seen.

We have seen several nuances and paradigm shifts in the management of thyroid cancer even in the last decade. There appears to be considerable interest in developing multidisciplinary management groups, especially for aggressive thyroid cancers with the involvement of expert thyroid surgeons in high volume centres, endocrinologists, medical oncologists and radiation oncologists. With the help of these multidisciplinary groups, we will be able to serve our patients with high risk thyroid cancer much better. 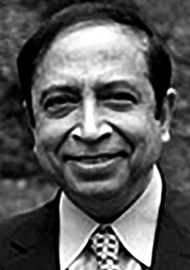