Approximately 50% of the general population has a thyroid nodule while 5-15% of these are malignant [1]. A major challenge, therefore, is how to detect the malignant nodules for appropriate, timely treatment and avoid unnecessary, costly investigations for the remainder. For many years, clinicians have recognised that palpably firm thyroid nodules are more suggestive of malignancy [1].

This feature refers to a physical parameter termed the Young’s modulus, otherwise known as elasticity or stiffness [2]. In the last decade, ultrasound elastography (USE) has emerged as a means of ‘digital palpation’, adding objective stiffness data to ultrasound (US) examinations that traditionally have evaluated morphological features such as size, shape, echotexture and vascularity [3]. Indeed, USE modes have recently appeared on state-of-the-art clinical US machines from different vendors, stimulating USE research at numerous body sites, especially the breast, liver and thyroid gland. USE is non-invasive, safe, well tolerated, and nowadays can be performed in real-time, enabling it to influence clinical decisions during US examinations.

Current USE technologies can be grouped broadly into two different methods, strain elastography and shear wave elastography. Strain elastography was the first method to be introduced and employs proprietary software post processing of US signals obtained during a mechanical deformation of a tissue to estimate relative tissue displacements, which equate to tissue strain [2, 3]. Stiff tissues deform less than softer tissues and thus have less strain, analogous to a stiff spring compressing or stretching less than an elastic spring. To evaluate a thyroid nodule, the sonographer places an US probe onto the neck with light pressure to visualise the nodule plus some normal thyroid parenchyma in the display, and then deforms the nodule gently by repeatedly compressing and relaxing it under the probe by a few millimetres or less. If the thyroid nodule is sufficiently near to the common carotid artery, the probe may be held stationary and transmitted arterial pulsations can generate tissue deformations. The dedicated software generates spatial maps of relative strain, termed elastograms, which are displayed dynamically alongside grayscale images in real-time using a colour scale. There is no consensus on how to evaluate strain elastograms although most investigators score nodules visually using a 4-6 point scale based on the relative amount of different colours displayed, with higher scores assigned to a nodule displaying low strain (high stiffness). Besides qualitative assessment, numerical strain ratios can be computed automatically from two operator-selected regions of interest placed inside the nodule and adjacent thyroid parenchyma.

For technical reasons, very large or conglomerate nodules, predominantly cystic nodules, and probably those in a background thyroiditis are unsuitable for strain elastography [3-5]. It should be highlighted that strain elastograms are constantly fluctuating because they are acquired dynamically and strain itself varies during tissue deformation. Furthermore, strain elastography requires a precise operator technique to minimise image artefacts. Fortunately, current USE systems can feedback elastogram quality visually in real-time, which operators can use to optimise their technique and select high quality elastograms for analysis. Shear wave elastography is a more novel method that circumvents the requirement for operator compressions by employing high intensity US impulses, produced by a specially modified probe, to induce local tissue displacements called shear waves [3].

Shear waves are weak physical waves caused by tangential sliding of tissue particles, analogous to ripples radiating outwards on the surface of a disturbed pond. A separate set of lower intensity US impulses tracks the propagating shear waves. The velocity of shear waves is higher in stiff compared to softer tissues, this parameter is used to generate colour-coded elastograms of shear wave velocity in m/s or estimated stiffness in kiloPascals (kPa). The technologies underpinning this quantitative USE method are sophisticated and also proprietary; two notable examples are supersonic shear wave imaging (SSI) and acoustic radiation force impulse imaging (ARFI).

Shear wave elastography can be performed for large or conglomerate nodules or those in abnormal parenchyma such as thyroiditis. It is also potentially less operator dependent than strain elastography as manual compressions are not required. Nevertheless, both USE methods are unsuitable for nodules obscured by dense internal or rim calcifications due to lack of sufficient returning US echoes [3]. Furthermore, both methods require minimal resting pressure to be applied with the probe, termed pre-compression, because excessive pressure actually increases tissue stiffness and can reduce tissue stiffness contrast [3].

Since 2005, over 50 pilot studies of strain elastography and a handful of shear wave elastography studies have evaluated the accuracy of USE for thyroid malignancy [2, 4-10]. These have differed considerably in terms of sample size (mean ~100 nodules, range 16-912), patient and nodule inclusion / exclusion criteria, USE technology, practical technique, nodule scoring system and reference standards used. Approximately 90% of malignancies in these studies are papillary thyroid carcinomas, thus published accuracy results probably pertain to this malignant histology. Encouragingly, most studies document strain and shear wave indices equating to higher stiffness in malignant compared to benign nodules (Figures 1-2). For strain elastography, a recent meta-analysis of 5481 thyroid nodules from 31 studies calculated a pooled 79% sensitivity and 77% specificity for malignancy using qualitative assessment, and 85% sensitivity and 80% specificity using strain ratios [4]. Promising results are also emerging for shear wave elastography [6, 9]. For example, in a study of 297 nodules, Veyrieres et al. found a cut off of >66kPa achieved 80% sensitivity and 90.5% specificity for malignancy [9]. Importantly, combining USE with grayscale US features achieved 97% sensitivity and 99.5% negative predictive value. 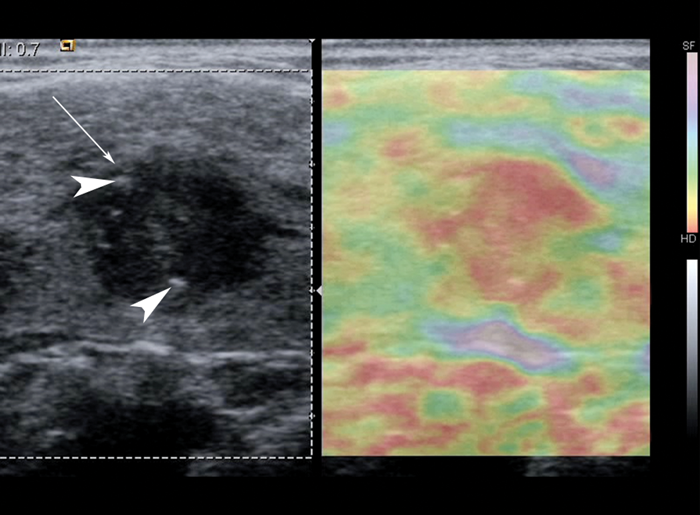 Figure 1: Grayscale US image with corresponding strain elastogram of a hypoechoic nodule (arrow) containing focal punctate calcifications (arrowheads), histologically confirmed as papillary thyroid carcinoma. The elastogram colour scale ranges from purple to red, indicating relatively soft to hard respectively. The nodule appears mostly red on USE, which suggests a relatively stiff nodule. Note that strain elastography displays relative strain, so this method requires the presence of normal tissue in the elastogram for reference. 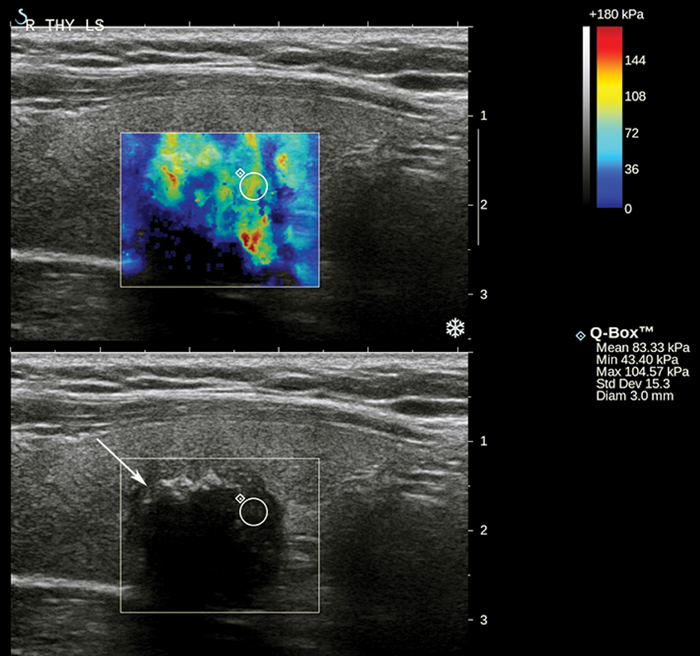 Figure 2: Grayscale US image with corresponding shear wave elastogram of a hypoechoic nodule (arrow) containing focal calcifications with distal acoustic shadowing, histologically confirmed as papillary thyroid carcinoma. The elastogram colour scale ranges from blue to red (0 to 180 kPa). The nodule displays heterogeneous high stiffness hues. The small region of interest has a maximum stiffness of 105 kPa, which is relatively stiff according to the optimal cut-off of 66 kPa for malignancy in a pilot study by Veyrieres et al [9].

Despite these generally optimistic results, sensitivity, specificity and accuracy results have varied substantially between studies [5­–7]. This is difficult to explain due to the multiple sources of study heterogeneity although some older studies used USE technologies lacking quality assurance feedback, which is now considered suboptimal. Nevertheless, a small but growing number of more recent studies have documented very poor discriminatory results for both USE methods [8, 10]. For example, in the second largest thyroid strain USE study to date, comprising 703 nodules, USE achieved only 65% sensitivity, 58% specificity and 61% accuracy in comparison with 92% sensitivity, 67% specificity and 74% accuracy for conventional US [10]. Some investigators have questioned the reproducibility of thyroid USE in general, postulating that local anatomy and other factors may make current USE technologies less reliable in the thyroid than in other sites such as the breast. This question still needs to be addressed conclusively. Comparable USE data for non-papillary cancers is very sparse and some evidence suggests that follicular carcinomas are soft, overlapping in stiffness with adenomas and hyperplastic nodules [5]. This is particularly disappointing because, unlike the situation for papillary carcinomas, conventional US as well as needle and core biopsy techniques are notoriously unreliable for distinguishing different types of follicular lesion.

In summary, overwhelming evidence indicates that papillary thyroid carcinomas have significantly higher stiffness indices than benign nodules on USE. However, reported accuracy results are varied and a definitive role for USE is unclear from the current evidence. Further studies with larger samples and reproducibility data using up-to-date USE technologies are warranted. USE is still in its infancy and continually improving although it is clearly not a panacea for diagnosing all thyroid nodules. Nevertheless, it is possible that, with appropriate nodule pre-selection, a combination of stiffness and conventional sonographic criteria will be used routinely to identify substantial subgroups of benign and malignant thyroid nodules in the near future. 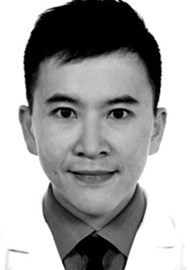 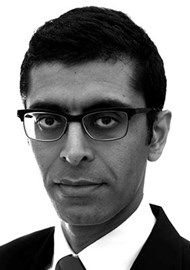