Tonsillitis and tonsillectomies: where do we go from Paradise?
By Sheneen Meghji and Michael Wickstead

The Paradise paper on tonsillectomy is a classic paper that has been cited by healthcare commissioners as well as academics. However, how many of us have read the original paper? Sheneen Meghji and Mike Wickstead share their opinions regarding the original publication from 1984.

Tonsillectomy is one of the most common ENT operations. Back in the 1920s approximately 80,000 children had a tonsillectomy in the UK [1]. It was a routine operation offered to children with mild tonsil disease, bearing in mind that there was no access to antibiotics at this point in time. There was even a vogue to remove ones’ tonsils and adenoids for even minor issues, possibly driven by financial gain. One hundred years later, Hospital Episode Statistics (HES) data showed that only 25,510 children under the age of 18 had a tonsillectomy in 2019-2020 [2].

There has been a steep decline in the rates of tonsillectomy over the last 100 years due to changes in healthcare, the introduction of antibiotics and the SIGN guidelines. In addition, the Clinical Commissioning Group in 2006 labelled tonsillectomy ‘ineffective’. The safety of tonsillectomy has improved over the last century, but it still carries relatively high complication rates. The GIRFT 2019 National Specialty Report found a 9.4% overall readmission rate following paediatric tonsillectomy: 5.7% of all paediatric tonsillectomies were readmitted with haemorrhage and 0.8% returned to theatres. The remaining 3.7% were readmitted with other related causes such as infection, pain, nausea and vomiting [3]. With this information in mind, we will discuss the Paradise et al., 1984 paper on the efficacy of tonsillectomy for recurrent throat infection in severely affected children. 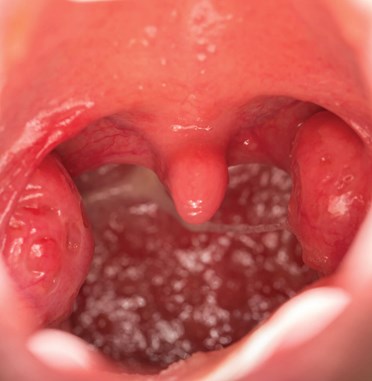 A total of 187 children aged three to 15 with recurrent throat infections were recruited to this controlled trial. There were 91 children in the randomised arm; 41 had a tonsillectomy ± adenoidectomy versus 48 non-surgical controls. There were 96 children in the non-randomised arm assigned according to parental choice; 52 had a tonsillectomy ± adenoidectomy versus 44 non-surgical controls. Tonsillectomy technique was cold steel dissection and snare, and curette adenoidectomy. All children were followed up for three years with either a telephone or a face-to-face consultation every two weeks and a clinical examination at six-week intervals. Of the surgical groups, 14% had postoperative complications, including haemorrhage in 4.2% of all tonsillectomies carried out. Patients undergoing tonsillectomy ± adenoidectomy had reduced frequency of throat infections for the three years post-surgery. This was statistically significant, P<0.05 determined by a Chi-squared statistical test.

“Of the surgical groups, 14% had postoperative complications, including haemorrhage in 4.2% of all tonsillectomies carried out”

Patients were recruited over 11 years at a single institution. The study had four arms, reducing the statistical power of the trial. Randomisation methodology was not explicitly explained. Furthermore, it was an unblinded trial, therefore possibly increasing observation bias in participants and data collection bias. There was a high crossover rate, with a third of patients switching from the non-surgical group to the surgical group during the three years. Furthermore, 25% of the participants were lost to follow-up over the three years. Since the trial started in 1971, there has been vast changes in anaesthesiology and the variety of surgical techniques for tonsillectomy. The introduction of diathermy tonsillectomy uses electrical currents to coagulate blood vessels and cut tissue. Coblation, introduced in 2001, uses radiofrequency ablation leading to molecular disintegration of the tissue. There is still no consensus on the leading technique [4].

This paper is as old as I am (SM not MW), but it carries some important points for future practice. For a trial carried out more than 40 years ago, the methodology was exemplary in terms of stringent recruitment and eligibility criteria using what we now refer to as the Scottish Intercollegiate Guidelines Network (SIGN) 117 guidelines. The paper demonstrates that tonsillectomy reduces the frequency of sore throats for three years post procedure. It also suggested that the severity of sore throats was reduced in the surgical group compared to the non-surgical group for the first two years following tonsillectomy. A further paper by Paradise et al., 2002, on tonsillectomy for recurrent throat infection in moderately affected children suggested the small benefit conferred by tonsillectomy in this group of children did not justify the morbidity or cost of the operation [5]. This stands true today; in 2017 a systematic review on tonsillectomy versus watchful waiting for recurrent throat infections suggested that all children showed a decline in frequency of throat infections regardless of surgical intervention or not. They did, however, show a greater decline in frequency and severity of sore throats in the tonsillectomy group over the first 12 months post surgery [6].

“For a trial carried out more than 40 years ago, the methodology was exemplary in terms of stringent recruitment and eligibility criteria”

In considering the merits of tonsillectomy, one must weigh up all the risks of performing that procedure. With decreasing rates of tonsillectomy in the UK, there has been a notable increase in both tonsillitis and its complications.

Whilst it is clear that tonsillectomy is a valid operation which benefits specific patients who suffer from recurrent tonsillitis, there is a paucity of high-quality data to compare outcomes in tonsillectomy techniques. Well-conducted randomised controlled trials using validated outcome measures may help make an evidence-based decision on which tonsillectomy technique is superior. Furthermore, as previously established, the post-tonsillectomy complication rates are relatively low, therefore RCTs may not be powered enough to detect a difference between tonsillectomy techniques [4]. Without these high-quality studies or large prospective registries in the UK, the data still appears to be in favour of cold steel dissection with ties for haemostasis. It is now almost 20 years from the last National Prospective Tonsillectomy Audit; isn’t it time to revisit this or to have a National Tonsillectomy Register? 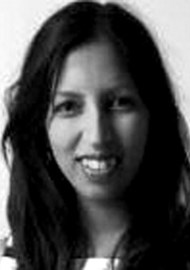 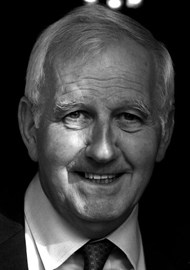