What’s new about the 5th Congress of the CEORL-HNS?
By Elisabeth Sjögren and Marc Remacle

The CEORL-HNS congress will feature novel ideas for sessions, including debates, ‘basic ENT’ and ‘nightmare’ sessions! The two leading figures of the meeting tell us about the evolution of the congress and future directions.

There is something new about the 5th Congress of the European Confederation of Otorhinolaryngology and Head and Neck Surgery (the Confederation) in Brussels in June 2019, and it is not only the Belgian beer and chocolates! The main novelty of the 5th conference lies in the fact that it will be the first to be held according to new constitution of the Confederation: the congress is organised directly by the Confederation and not by one person and his team, as was done in the past.

Therefore any revenues from the conference can be used directly by the confederation for the development of teaching, travel grants and harmonisation of training in ORL-head and neck surgery in Europe. One of the main directives of the board is to foster a full collaboration between the European scientific societies and the national societies in order to keep building strong scientific programmes for future conferences. 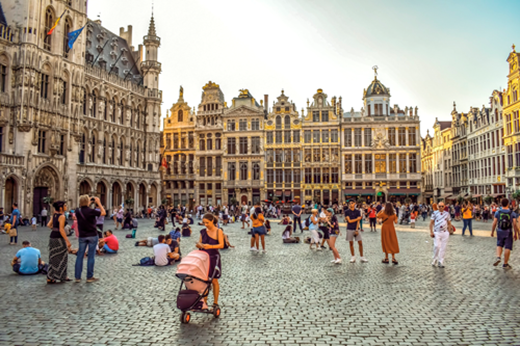 The CEORL-HNS will be held in Brussels in June 2019.

The Confederation (www.ceorlhns.org) was founded in 2011 when three important pillars of ORL-HNS in Europe – the European Federation of Otorhinolaryngological Societies (EUFOS), the European Academy of Otorhinolaryngology, Head and Neck Surgery (EAORL-HNS) and the European Union of Medical Specialists (UEMS) – joined forces to establish a single European ORL-HNS society. Of these founding societies, the UEMS is the oldest and was founded already in 1958 when, with the establishment of the European Community and later the European Union, it had become necessary to harmonise and improve the quality of training of medical specialists in Europe. The ORL-HNS specialist section was formed in 1962.

“We now have a high-quality and challenging scientific programme, which we believe will live up to the motto of the Confederation: ‘creating one voice for ORL-HNS in Europe and beyond.’ ”

The EUFOS had been active since 1985 as a joint organisation for all national societies of ORL-HNS with the aim to promote, coordinate and unify the advancement of ORL in Europe. The youngest of the founding societies, the EORL-HNS had been formed in 2005 with the aim of bringing together all the European subspeciality organisations that had emerged since the late 1960s – such as the European Rhinological Society (ERS) in 1963, the European Laryngological Society (ELS) in 1995, the European Academy of Otology and Neuro-otology (EANO) in 1995 and, more recently, the European Head and Neck Society (EHNS) in 2005. In 2013, both the EUFOS and the EORL-HNS were dissolved so as to ‘create one voice for ENT in Europe and beyond’.

Early in 2018, all member national and subspecialty societies, as well as the ORL-HN section of the UEMS, were invited to propose topics and speakers for the scientific programme. The response was fantastic, with a large number of high-quality proposals submitted. But with new organisational directives come new challenges: how do you select from, and merge more than 600 proposals from different member societies, covering the entire spectrum of ENT into a limited number of session slots? For the 2019 Brussels conference, this was done by means of a ‘finalisation day’.

On 27 June 2018 the local scientific committee, together with representatives from both subspecialty and national societies, met in Brussels for the difficult task of selecting the proposals for the final programme. Due to the combined efforts of the member societies who contributed their proposals, and the more than 40 representatives contributing their time and effort during the finalisation day, we now have a high-quality and challenging scientific programme, which we believe will live up to the motto of the Confederation: ‘creating one voice for ORL-HNS in Europe and beyond (www.ceorlhns2019.org/program). At the same time, we have hopefully come a long way towards fulfilling the new aims that the Confederation has set for their conference organisation. Of course, as this is the first time, some shortcomings have been unavoidable, but from this first experience, guidelines will be implemented and progressively improved to make sure that the collaboration between the Confederation and the European scientific and national societies will carry on and grow stronger.

Inspired by the new organisational aims, we were also eager to introduce new session formats. This has resulted in the ‘basic ENT track’ as well as the ‘tandem’, ‘debate’ and ‘nightmare’ sessions. In the ‘basic ENT track’, which is specifically aimed at our younger ORL-HN colleagues, senior specialists in the field will meet with residents, fellows and early-career ORL-HN surgeons to share their knowledge and expertise in a practical and informal atmosphere. The motto of the 2019 conference is ‘driving the future of ENT together’ and, in this spirit, several subspecialty societies have joined forces to hold sessions on shared interests in the so-called ‘tandem’ sessions. And finally, to keep everyone on their toes, we have added the ‘nightmare’ and ‘debate’ sessions as well.

The aim of the Confederation is to be a platform for ORL-HNS, not only in Europe, but also beyond. To emphasise our desire to bring together ORL-HNS on a worldwide scale, we are hosting several international panels from countries such as India, Taiwan, Morocco and the Gulf states, as well as panels from a number of international societies, during the Brussels 2019 congress. We hope this conference will be the next step in the continuing process of fostering strong worldwide relations within ORL-HNS. A warm welcome to Brussels! 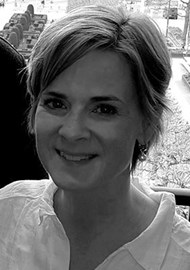 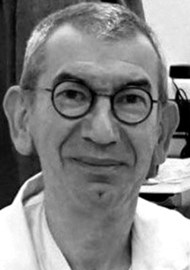