The Dilemma of Beethoven’s Deafness
By Andrew C Swift

Beethoven was one of the world’s greatest musicians, and his deafness is well known. Many details of his medical conditions are known, and various theories of his hearing loss have been proposed.

Ludwig van Beethoven was born in 1770 in Bonn, Germany, the second of seven children. He grew up with a strict, alcoholic father. Beethoven became the assistant organist in Bonn Cathedral when only 12 years old. He moved to Vienna four years later, only to return a year later, owing to his mother becoming seriously ill and later dying from tuberculosis. Beethoven took on the role of head of the family and returned to Vienna five years later. Whilst he had a long, successful life as a court musician, he never married. After a protracted four-month illness in 1827, with liver failure, ascites, and likely septicaemia, he died, aged 56 years. 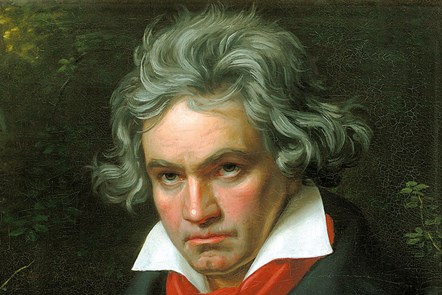 He became aware of hearing loss and tinnitus at a relatively young age, and this was clearly apparent to him when he was 28 years old. The deafness was bilateral and progressive, and by the age of 44 years he was profoundly deaf. His own descriptions are consistent with an initial high-frequency  loss, noise discomfort and constant intrusive ringing from his tinnitus. There is also reference to his hearing fluctuating considerably.

The available evidence makes a sensorineural hearing loss much more likely than a conductive loss. An extensive range of conditions has been considered as the cause of the hearing loss, including syphilis, Paget’s disease, otosclerosis, sarcoidosis, Meniere’s disease, labyrinthitis, chronic otitis media, typhoid neuritis, and autoimmune hearing loss, perhaps related to inflammatory bowel disease [1]. These are based on contemporaneous descriptions and the transcript of his autopsy.

A locket of hair was taken after death as was the custom at the time. This sample survived and high levels of opium, mercury, and lead were detected in his hair and fragments of his skull bone. It is conjectured that this toxic level had been caused by regularly drinking ‘plumbed’ wine.

With progression of his hearing loss, Beethoven became more withdrawn, deeply anxious, increasingly irascible and difficult. He was utilsing ear trumpets in 1813 [2] and five years later started to communicate with tablets of paper and pencils that became the well-known Conversation Books. In 1817, he used a specially designed resonance plate to enhance the loudness of his piano, and in 1826 had a specially designed loud grand piano made for him.

The vast array of evidence has recently been reviewed in detail, and it is unlikely that further evidence will become apparent. Whilst some recent theories, such as the possibility of deafness from chronic lead poisoning [3] seem plausible, the scientific evidence to support this theory is limited. Thus, the irrevocable cause of Beethoven’s deafness is an enigma, unlikely to be discovered, and the true cause will remain unknown. 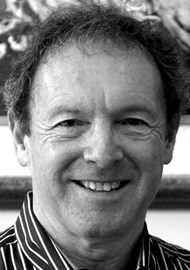