Clinical Audiology: An Introduction - Third Edition is intended as a course book for students in audiology. It is aimed primarily at students in the USA, although it would also be suitable for students in other countries. It is a substantial volume (645 large pages) that is copiously illustrated and that covers a wide range of topics in clinical audiology, including a new chapter on vestibular system function and assessment.

Each chapter starts with a summary of learning objectives. This is followed by the ‘meat’ of the chapter, and then a summary, discussion questions and a list of resources. The pace is gentle and the authors have made a considerable effort not to get too technical. Tricky concepts are introduced with analogies and examples. Mostly, the writing is clear and the important points are conveyed well. However, I felt that the effort to avoid getting too technical sometimes resulted in a lack of precision. For example, pitch is defined as “the perception of frequency” and loudness is defined as “the perception that occurs at different sound intensities”, neither of which are standard or clear definitions. The terms ‘amplitude’, ‘intensity’, ‘level’ and ‘loudness’ are used more or less interchangeably, whereas each one has a distinct meaning. In the chapter on hearing aids, ‘gain’ is described as “the amount by which sound has been made louder”. In that same chapter, the figure labelled as “Frequency-gain response of a hearing aid” actually shows the output level versus frequency, not the gain.

While the coverage was comprehensive, I was a bit disappointed that dead regions in the cochlea (regions with no or very few functioning inner hair cells, synapses or neurons) do not appear in the index and are mentioned only very briefly in the text.These minor quibbles aside, the book is a valuable resource. At approximately £100 in the UK, the book represents good value for money. 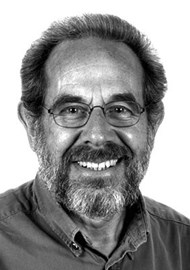 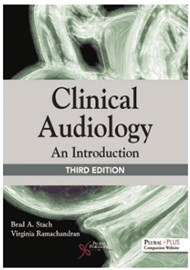