This book sets out to highlight the decision-making process in this most complex and technically demanding area of surgical practice. Its aim, as described in the foreword, is to show the “decision making process of choosing and executing a surgical approach for skull base tumour from the assessment of the clinical presentation, to the appreciation of the nuances of the anatomical details in the diagnostic images to the analytical thinking process of designing the operation”.

This, it does admirably. This is not an operative textbook but rather looks at choice of approach and rationale, achieved through case-based discussion. A further section in each chapter is by a separate author, offering a different perspective or illustrating how the approach may change given an alternative presentation. The authorship is North American and inevitably readers will ﬁnd subtle differences in practice in different countries that may not reﬂect entirely their local practice.

The introductory chapter is beautifully written, discussing the philosophy underpinning the surgical doctrine and would be equally applicable to other branches of surgery. Rather uniquely, it references and compares the philosophy to that of the Chinese general and philosopher, Sun Tze, who wrote The Art of War. Whilst most would avoid their surgery looking like a battleﬁeld, the philosophy is pertinent and the quotes work well to illustrate this, such as: “Water shapes its course according to the nature of the ground in which it ﬂows; the soldier works out his victory in relation to the foe whom he is facing.”

I found this textbook to be an excellent, highly practical resource, well written, thought provoking and engaging, and would thoroughly recommend it to any surgeon with an interest in this ﬁeld. The authors are to be congratulated on an outstanding piece of work. 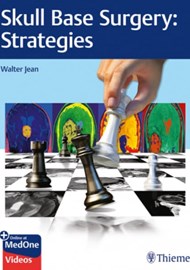