The Power of the Voice
Reviewed by John S Rubin

An initial glance at the table of contents and layout of Jean Abitbol’s book, The Power of the Voice, might lead one to assume that it is heavy on style but light on substance. A closer reading proves this to be an incorrect assumption. Much like a speech by the former president of the United States, Bill Clinton, it is deceptively light and easy to read, but has a powerful message that is filled with facts and up-to-date knowledge. In fact, Abitbol’s passion for the field of voice speaks to the reader from essentially every page of this short book (169 pages).

Abitbol offers a series of vignettes, first of patients that he has treated and then of actors and politicians, looking at how their voices and speech patterns encapsulated the message that they wished to portray. With the politicians, he looks at how their voice or speech patterns may have influenced the outcomes of their debates. This ultimately leads him to identify what he describes as “five key intentions of voices in power”, the ultimate being to “touch the heart of others”.

Abitbol then spends considerable time analysing many features of the ‘voices’ of famous individuals of the post-wartime period. He does so in an effort to identify particular vocal or speech qualities that make these voices support the individuals in their rise to or retention of (or at times loss of) political power. He goes on to look at the importance of the microphone and the sound engineer in supporting the politician or performer’s voice. He begins with a discourse on Kennedy’s famous quip, ‘Ich bin ein Berliner’ in in his West Berlin speech of 26 June 1963.

Abitbol then turns his attention to the role of the voice in mythology as well as in the major religions. He then brings us back to more modern times and the role of hypnosis in his anaesthetist’s practice (indeed, the anaesthetist Paul Bailey taught me some years ago about the benefit of the voice, in inducing a form of hypnosis in the recovery room to calm a patient in the early post-anaesthetic state, to help break cough, stridor or laryngospasm, and this has proven life-saving in my practice).

At various times in the book, Abitbol reviews unusual vocalising patterns. Typically he undertakes historical reviews and then endeavours to analyse them. He does so with Tibetan monks’ diphonic chanting, and again with ventriloquism; the latter by first giving a brief history and then offering a scientific explanation of how the differing speech patterns are attained in his patients; and again with mimicry/impersonation; and again with the Castrati. He ends the book looking at the importance of the spoken voice in the court of law as well as the impact of periods of vocal silence in this setting.

All in all, this book is a magical mystery tour of the voice. Its prosy style may not be to everyone’s taste… but it certainly was to mine. 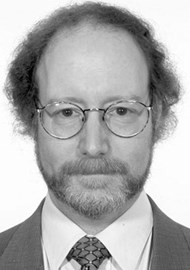 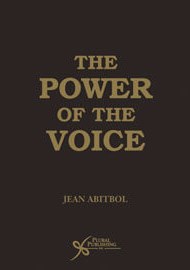