Coros: can a smart helmet make listening to audio content safer for cyclists?
By Carolyn Falls

The popularity of mobile phones has made listening to content while on the go – whether it be music, audiobooks, podcasts, or voice calls – a seemingly universal practice. Earbuds and other headphone styles adorn the ears of nearly every pedestrian on the street and every individual on public transit.

There are safety concerns to consider when wearing headphones, particularly when there is a need to pay attention to traffic noise. As a result, audiologists and ENT professionals are sometimes asked whether safer alternatives exist. One group that is particularly vulnerable to this safety concern is cyclists.

“The bone conducted sound bypasses the eardrums so the ears remain open while the desired signal is transmitted wirelessly over Bluetooth.” 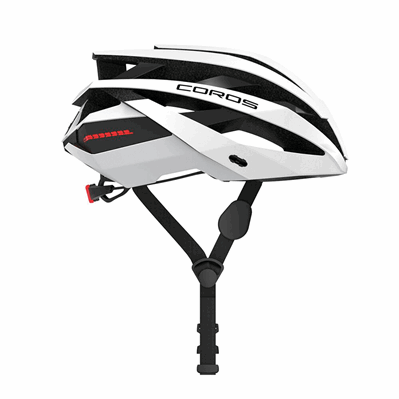 Coros Smart Bike Helmets aim to make roads and trails safer for cyclists listening to audio content. What is unique about Coros helmets is that sound is transmitted via bone conduction using a strap that sits on the cheekbone. The bone conducted sound bypasses the eardrums so the ears remain open while the desired signal is transmitted wirelessly over Bluetooth. This design makes it easier for cyclists to monitor important environmental cues, including traffic noise, while simultaneously catching up on the latest podcast.

The first iteration of the Coros helmet (called the Linx) debuted in 2016 following a successful Kickstarter campaign. Today, there are five models available – cyclists can choose the design that best matches the environment they typically ride in (e.g. ‘Urban’ or ‘Mountain’) or else choose an all-purpose style.

Coros helmets were designed with functionality in mind. Each helmet comes equipped with a ‘Smart Remote’ that mounts to the handle-bar so that audio and call functions can be readily accessed. A mic embedded in the helmet makes voice calling possible. There is also a rear LED light for improving visibility at night, which can be adjusted to turn on automatically when low light is detected. The accompanying app (free, Google Play and Apple App Store) has a number of applications, such as mapping and saving preferred routes. In addition, there is a ‘SafeSound’ feature that gives the option to send the cyclist’s location to a pre-determined list of contacts when the helmet’s sensors detect an impact. 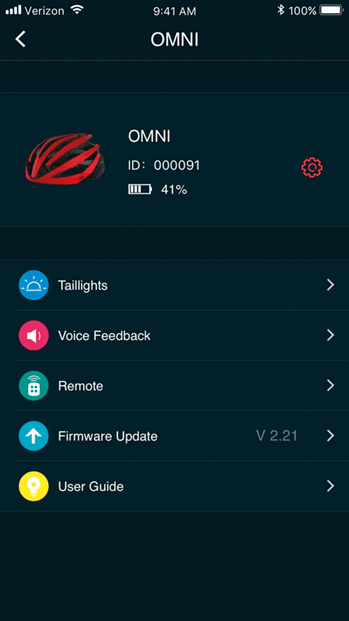 This technology is not without potential downsides. One caveat to leaving the ears open is that the intended signal may get drowned out when the environmental noise is loud enough. Moreover, if the bone conducted signal can fully overcome the traffic noise, there is the concern that it might be too loud to listen to at safe listening levels in some environments (even the noise of heavy traffic on its own can reach unsafe levels in busy urban areas). Finally, there are those who argue that distractions of all types should be avoided when cycling in traffic. It is up to cyclists to weigh the risks but, for those who choose to listen to audio content while riding in traffic, a bone conducted signal keeps the risks to a minimum.

Coros smart helmets retail for $179.99 to 199.99 USD and can be purchased through the Coros website (https://coros.com). The helmets come with a charger and battery life is 10 hours on a single charge. 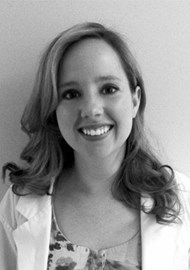