For the deaf and hard-of-hearing, communication over the telephone can range anywhere from challenging to downright impossible. While many people who are hearing impaired are able to converse over the phone with the help of hearing aids, those who cannot have historically been limited to options that sacrifice both privacy and efficiency.

In recent years, text messaging and video chat services (e.g. Skype, FaceTime) have become invaluable communication tools for those who cannot benefit from traditional voice calling. Still, voice calls play a prominent role in day-to-day life for most people, both within and outside of the workplace. Thankfully, an app called RogerVoice is now available for tackling this very issue.

RogerVoice uses voice over IP (VoIP) technology to deliver subtitles for voice calls in real-time, making fluid voice conversations possible for millions of people with severe to profound hearing loss. Co-founder and CEO Olivier Jeannel, who himself is hearing impaired, first made waves with RogerVoice during its 2014 Kickstarter campaign, which saw the French start-up nearly double its original crowdfunding goal. 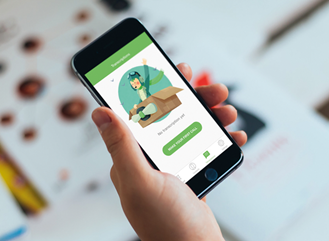 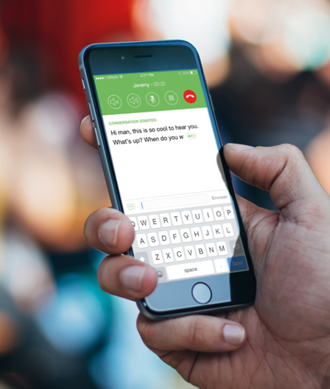 Using the RogerVoice app, I was impressed with how easy it was to get started, thanks to the very intuitive interface. There are basic but handy features included within the app, such as an option to enlarge the size of the displayed text and another to mute the microphone. Within the app, RogerVoice users can easily retrieve individual transcriptions of conversations by selecting the appropriate name under the list of contacts. As with all voice recognition technology I’ve used to date, the accuracy was generally good but definitely not perfect. Thankfully, the errors were usually obvious enough to prompt follow-up questions for clarification.

The app is currently available for Android and iOS users in several languages. Pricing will be based on a monthly subscription (€9.99). More information about RogerVoice can be obtained from the official website, www.rogervoice.com.