‘That’s a funny looking lesion on the larynx, it’s probably benign, but I should take a biopsy.’ Liz Ross and Ajith George discuss whether virtual chromoendoscopy will change this thought process.

What are the origins and ENT applications?

Traditional chromoendoscopy is the practice of fibreoptic endoscopy and the application of stains or dyes to (traditionally the gastro-intestinal tract) mucosa in order to enhance tissue characteristics.

Such techniques have been utilised by gastroenterologists and colorectal surgeons for many years and, more recently, novel alternative techniques of virtual chromoendoscopy - where the application of particular wavelengths of light are used instead of dyes - have become commonplace. Gastroenterologists and upper GI surgeons were early adopters of virtual chromoendoscopy (VCE) as a diagnostic technique, and the technology is currently recommended by NICE in the assessment of colorectal polyps less than 5mm during colonoscopy, instead of histopathology (nice.org.uk/guidance/dg28). This technology and its similar applications have been of interest to other subspecialties which utilise endoscopes such as ENT, urology, respiratory, thoracic surgery and gynaecology.

Virtual chromoendoscopic techniques have more recently been adopted by ENT surgeons in order to improve differentiation of hyperplastic mucosal change within upper aerodigestive tract during flexible nasendoscopy. In both the clinic and theatre settings, conventional endoscopes use white light imaging (WLI) to view mucosal surfaces. However the application of different light spectra can increase the contrast of blood vessels and their surrounding tissues thereby highlighting the abnormal vascular patterns of hyperplastic lesions, the aim being to highlight small areas (i.e. <5mm) showing abnormal vascular patterns which can then be targeted for biopsy and appropriate histological examination.

How does it work?

Both techniques, and all UK-available systems, aim to reduce red colour visualisation and enhance blue/green colour images in order to see the underlying vasculature patterns superiorly, as haemoglobin preferentially absorbs blue and green light wavelengths. The physical amount of absorption of blue and green light is distinctive and different between the capillaries in the mucosa and the larger blood vessels in the deeper submucosal layers, giving a much higher visual contrast between blood vessels and the surrounding tissue than with white light imaging alone.

From published studies of oesophageal mucosal lesions, various patterns of colour differentiation have been identified on NBI which are more strongly associated with malignant lesions. Video images of the nasendoscopy with NBI appear magnified on screen. Typically, if scattered brownish dots are observed within the lesion, they are more likely to be malignant, as histological confirmation showed that the ‘dots’ are dilated capillaries which are rarely detected by conventional WLI endoscopy, even with magnification.

What is the evidence to support using such systems?

Without differentiating the subspecialty applications, a PubMed search of the terms ‘chromoendoscopy’ and ‘narrow band imaging’ produces over 3000 papers when amalgamated. At present, the majority of evidence published within ENT on VCE uses one of the available systems, narrow band imaging (NBI) technology, and it appears to offer a high level of diagnostic accuracy for head and neck cancers.

A UK systematic review in 2016 of 17 studies on the use of NBI within ENT concluded that the combined use of narrow band and white light imaging produced high diagnostic accuracies for primary, recurrent, and nasopharyngeal lesions whilst a meta-analysis of five papers demonstrated both a high sensitivity (74.1%) and specificity (94.1%) for cancers of unknown primary [1]. More recently, in November 2019, a European systematic review and meta-analysis of five studies on narrow band imaging in squamous cell carcinoma in unknown primary carcinoma (SCCUP) showed pooled sensitivity and specificity of NBI in SCCUP of 0.83 and 0.88 respectively and allowed localisation of the primary tumour in 61 out of 169 patients, otherwise not detected by the usual diagnostic work-up [2]. It is clear that the evidence supporting this technique within head and neck cancer diagnosis setting is increasing. 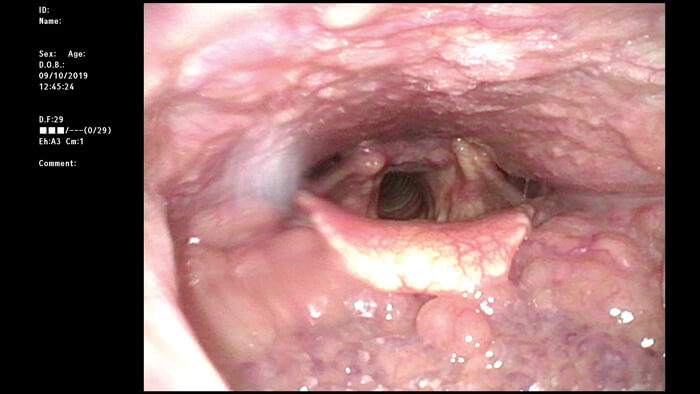 White light flexible nasendoscopy of the base of tongue. 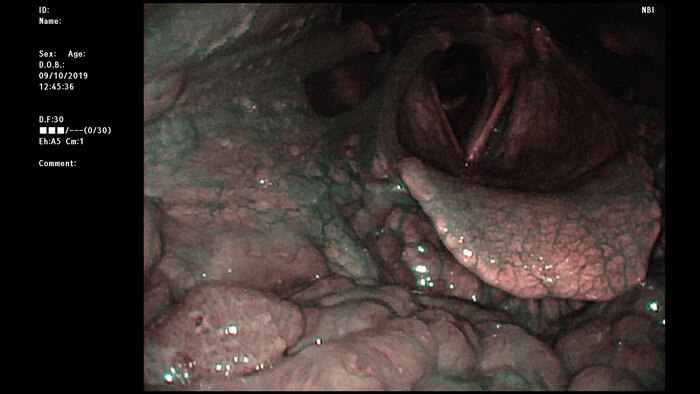 Narrow band imaging of the same base of tongue, highlighting the different mucosal vascular patterns seen.

What’s available on the market?

As described above, narrow band imaging (NBI) utilises certain properties of the various wavelengths of light. Only a limited section of the whole light spectrum is visible to the human eye and the absorption and reflection of light on visualised objects enables colour perception. White light comprises the full spectrum of visible light, therefore when using white light endoscopy (WLE) in traditional nasendoscopy, numerous wavelengths of light are emitted from the endoscope. With the NBI mode, white light passes through a narrow band filter before reaching the visualised upper aerodigestive tract mucosa, allowing only 415nm blue light and 540nm green light through as these frequencies match the absorption spectrum of haemoglobin contained in blood [3]. There are increasing numbers of papers which have studied the applications of NBI technology in the detection and diagnosis of head and neck mucosal cancers, with promising results showing the advantages of having this additional feature above traditional white light endoscopy.

As introduced earlier, these systems use traditional white light endoscopy and digital reconstruction of the images with enhanced contrast by estimating the different light spectra.

FICE is a software-based package which uses standard white light directed at the tissues and the conventional captured image is reprocessed to limit the light wavelengths seen, giving the FICE image. The image pattern can be viewed in many different colour combinations but usually three wavelengths of light are utilised in a pre-set wavelength pattern setting in order to again highlight vascular mucosal patterns. A new dual mode allows two images to be viewed simultaneously side by side on one screen: one, the WLI image and the other, the FICE image.

The i-scan image processing system includes three algorithms: Surface Enhancement, Contrast Enhancement, and Tone Enhancement, with the user being able to switch between the modes to view different aspects of mucosal area viewed. As described by the company, surface enhancement is said to aid visualisation of the edges of anatomical structures whilst contrast enhancement can aid the view of depressed areas topographically. The tone enhancement mode analyses the red/blue/green composition of the white light image, supressing the red and elevating the blue/green colours seen on the image which shows blood vessels and mucosal structure. A Twin Mode function is also available showing simultaneous side by side white light and i-scan image.

The IMAGE1 SPIES system from Karl Storz originally introduced digital image enhancement filters by way of their CLARA and CHROMA modes which provide a brightened view without overexposure and intensify colour contrast retrospectively. The IMAGE1 S technology upgrade to their camera platforms presented the new SPECTRA visualisation technology for colour shift and exchange, which filters out bright red colours and expands the remaining blue/green colours. The system also offers side by side viewing of the white light image and SPECTRA image in real time. Some of the later IMAGE1 systems have SPECTRA modalities available to the user, but the updated IMAGE1 S platform universally offers these digital filters for use.

Studies are already pushing the technology further by investigating whether virtual chromoendoscopy systems can be utilised by machine learning to improve early diagnosis and allow for high-throughput screening [4]. Such applications may lead to trained endoscopists performing the desired diagnostic procedure with machine learning or artificial intelligence algorithms highlighting patients that require onward referral for investigation of potentially neoplastic lesions. Other early stage adjuvant endoscopic technologies are being developed such as near-infrared fluorescence molecular endoscopy (NIR-FME) and other biophotonic innovations.

With respect to VCE, there are a number of systems available in the UK with similar packages to enable enhanced neoplastic lesion detection with ENT nationally. There is certainly growing evidence to support the use of computed virtual chromoendoscopy technology; particularly NBI, as this was one of the first and most widely utilised virtual chromoendoscopy systems available. However, there remains a lack of high-quality evidence showing superiority of one system over another. VCE is very valuable in the diagnostic work-up of patients with suspected and proven head and neck malignancies involving the upper aerodigestive tract mucosa; and it is likely that adjuvant endoscopic technologies are here to stay and will develop even further in future. 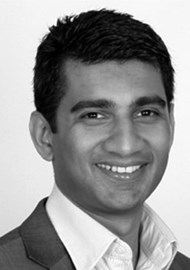